The Cleveland Bands You Should Be Listening to Right Now 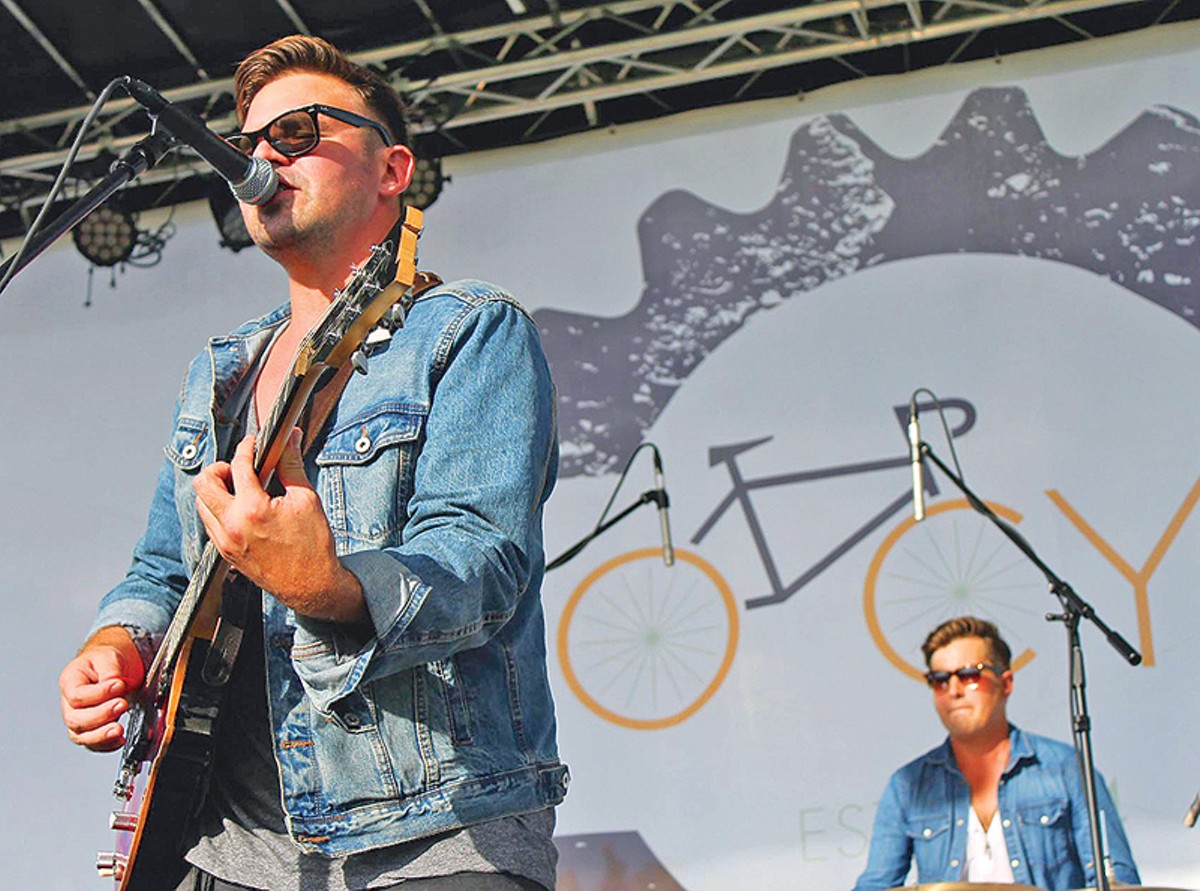 Cleveland, long the iconic city of rock 'n' roll in one sense or another, plays host to what at times seems like thousands of bands. There's a rich scene here in town, one supported by dozens of venues along the North Coast.

Concerts put on by local favorites are fun experiences. They're up close and personal. They're distinctly Cleveland, whether you're talking about a long-running jazz trio or an indie fuzz rock band just a few months in on its life.

Here are a whole bunch of bands you should check out right now. They're probably playing a show nearby sometime soon too, which means you should pencil that bad boy in on your calendar and go have a good time.

Yosemight tends to fly beneath the radar, which makes their brand of jams all the more enticing. Their self-titled album hit streets in 2013, cementing touchstone versions of songs that light up set lists all over the regional touring circuit. "We'll play a song, and we usually have no idea what's going to happen five minutes in," guitarist Luke Bergan says. Open-ended improv is the goal, and each member pulls off inter-band communication onstage with aplomb.

Seafair | Listen: "Bird on a Wire"

The band's twin 2013 EPs, Paintings and Photographs, sum up their alluring sound very well. The latter is brimming with fun and Seafair's unique instrumentation. With the cello pushed up front in the mix, "Indian Giver," for instance, starts off as a beautiful waltz and then escalates into something that sounds more like a vigorous drinking ballad. Look for new album The Querencia sometime in 2015.

Wesley Bright and the Hi-Lites | Listen: "You Don't Care About Me"

The Northern soul-inspired indie outfit Wesley Bright & the Hi-Lites had a great 2014. "It's been a lot of building," says drummer Nick Fritsch. "We had a busy period from April through September when we were gigging more often than not and gigging out of town. We had a couple of amazing shows." For 2015, expect the band to release two more 45s. And you should expect to dance the night away whenever you can catch one of their shows.

Their tagline —"Broadcasting sounds of punk without borders from Cleveland, Ohio" — is a most enticing introduction to Running Dog Labor Exchange. The band's 2014 album, Progress, filters social injustices through an energetic amalgam of '80s and '90s punk influences. There's a lot to chew on here once the listener hits play.

Holding down the intersection of Chicago blues and soulful, danceable R&B, the Rhythm Syndicate celebrated its 15th anniversary last year. It's been an awesome ride thus far. After coming together via Cleveland's late-'90s blues jam scene, the band has assembled a dynamite reputation for exciting set lists — originals and covers, both classic and unexpected. You can find them in clubs from Cleveland to Akron, and points west and east alike, and when you do, know this: It's gonna be a good time.

Still riding the fine hype of 2014's So Blue It's Black, Cleveland's complex hip-hop duo is a scorcher. aLive's beat and Zion's poetry combine to form a unique spin on the rap game — the sort of thing you won't be finding on mainstream radio waves anytime soon. Cleveland is a city of streets, of neighborhoods, and Muamin Collective's art cuts right to the heart of this city's soul.

Cooked up as the brainchild of bassist and guitarist David Mansbach, Trepanning Trio is something else altogether. (First off, this band isn't even a trio.) Winding their way semi-improvisationally through fairy-tale melodies and pastoral instrumentation (flute! glockenspiel! honest-to-goodness field recordings of frogs!), Trepanning delivers an aurally immersive experience. They don't play too often — and it's often anyone's guess which band members will be present at which shows — so do take the time to check them out when you can.

Becky Boyd & Groove Train | Listen: The next set they play

Boyd and the gang are known in blues joints all over town for their talent and drive. Around the turn of the year, Boyd cooked up this new outfit with guitarist Michael Bay, drummer Jim Wall and bassist Alfredo Guerreri. Their January debut at Parkview Nite Club was a hit, and future gigs promise more of the same: jazzy blues rock with a flair for the funk.

Vibe & Direct create highly visual music in an extremely danceable atmosphere. They tend to branch off into improvisatory waters, with guitarist Mike Miller throwing down mind-bending lead guitar work and singer Marty Calkins going apeshit on anything from a djembe to the rafters. This is at once a percussive, tightly rhythmic band, and also a melodious journey.

These guys are Cleveland's answer to all those people needing a show to get them dancing somewhere in this brutish North Shore city. The band's nine-track Black Songs, available at their bandcamp site, bears a real sense of confidence and excitement. Save for the too-short "Give It Up," each song is appropriately meaty, looping enough hooks to keep any floor alive all night. Check out "The Jungle" for probably the most representative tune on the album, with a chorus that ranks among the catchiest moments in the collection.

Cities and Coasts | Listen: "What I Want"

This band's highly accessible debut, Postcards from the Great Lakes, reveals classic influences and almost totally sounds like the album title itself. "Summer is Over" features the kind of cooing vocal harmonies you hear on vintage Beach Boys albums. As of press time, it's wintry as all get-out in Cleveland; spinning this album gets us that much closer to sweet summertime.

Since 2011's Search, Herzog's sound has only expanded and built out a refreshing niche in Cleveland's indie circles. Last year's Boys was one of the best local cuts of 2014. The guitar thrills are strewn about with abandon, and the album's overall vibe revolves around alternating upbeat and melancholic reflections on early adulthood.

Joshua Jesty | Listen: "If You Could Get Over Him"

The universe doesn't stand a chance against him. Jesty wrote his first song when he was 12. "It was awful," he says. "It was about topics I was really into, like cheese. The music got moderately listenable when I was 19 or 20." Thankfully he kept at, knowing that the musical form was where he could best express his ideas. We're really fond of Now Is the Time of Our Awkwardness, released in October 2014.

Eric Sandy is an award-winning Cleveland-based journalist. For a while, he was the managing editor of Scene. He now contributes jam band features every now and then.
More
Scroll to read more City Guide articles
Join the Cleveland Scene Press Club