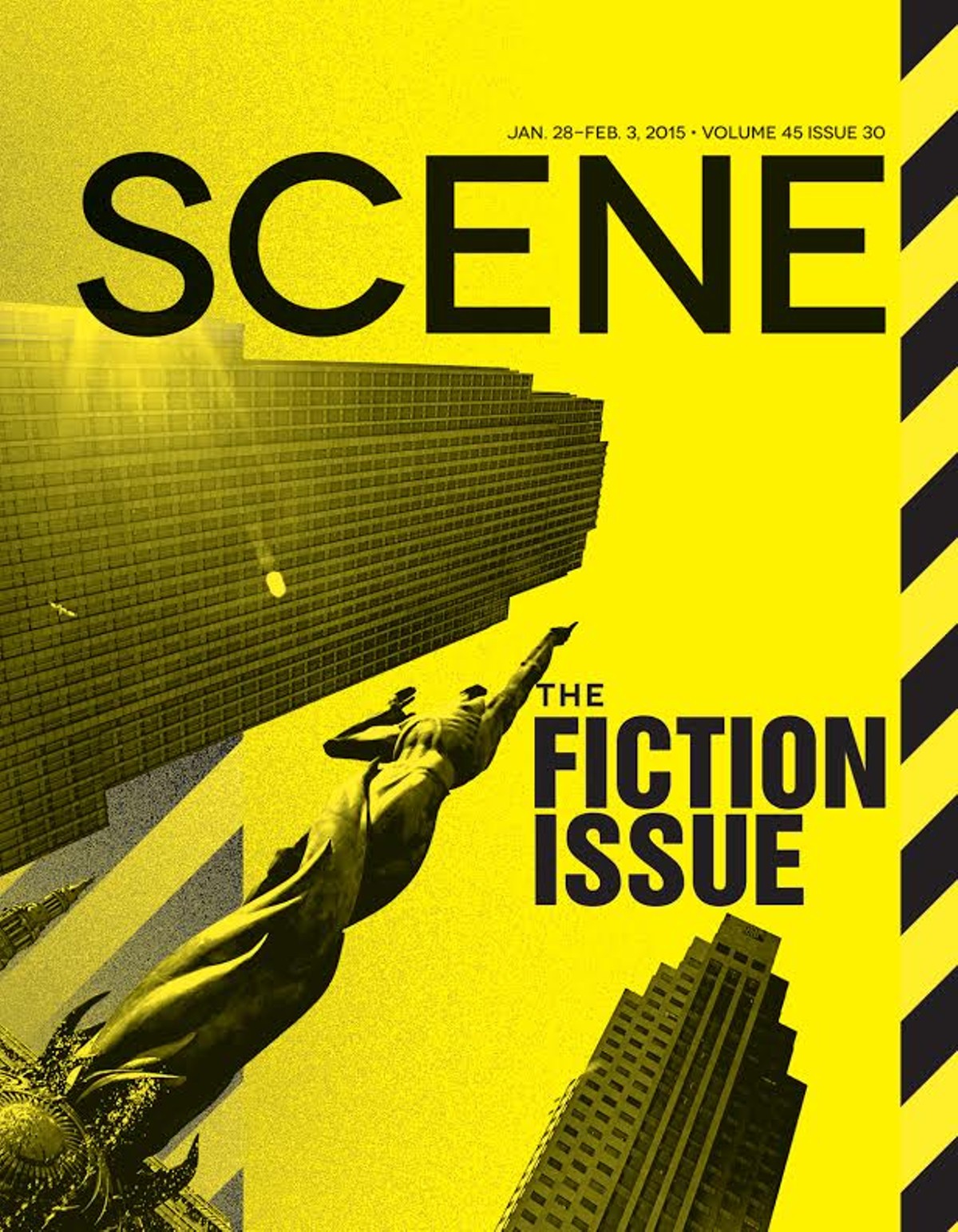 "Pleased as punch" barely begins to scrape the surface of how pleased we are, here at Scene Magazine, to present to you our Second Annual Fiction Issue.

Last year, to kick off what we hoped would be an annual tradition, we solicited work from some of the region's biggest literary celebs, its quote unquote "hottest talents." We were equally scorched by the quality of the work and the eagerness with which contributors volunteered their words to make the issue a reality: Writers like Dan Chaon, Alissa Nutting and Mary Doria Russell all appeared in that inaugural installment.

This year, capitalizing on what we can't resist calling feverish interest, we opened submissions to you, the quote unquote "general public," readers and writers of all stripes from Cleveland and beyond. Overwhelmed by the quantity and breadth of the work we received, we expanded our page count and accepted six stories, four of which you can read in full in the upcoming pages.

Here on Clevescene.com, you can find two more triumphant works of fiction, Scott Ondercin's "My Brothers' Keeper," about a Jesuit priest and the funeral of a former classmate; and "Everywhere Stars," by Laura Grace Weldon, centering on an unflagging young woman in an uncertain Cleveland work atmosphere.

All of these pieces, and those we weren't able to accept for publication, suggest to us the profound and ever-burbling creativity among Cleveland and its arsenal of weirdos. We can't wait for you to read this issue and we look forward to many more to come.

Laugh or Die/ Or/ Portrait/ Secrets by Krystal Sierra

Sam Allard is the Senior Writer at Scene, in which capacity he covers politics and power and writes about movies when time permits. He's a graduate of the Medill School of Journalism at Northwestern University and the NEOMFA at Cleveland State. Prior to joining Scene, he was encamped in Sarajevo, Bosnia, on an...
More
Scroll to read more The Fiction Issue articles
Join the Cleveland Scene Press Club