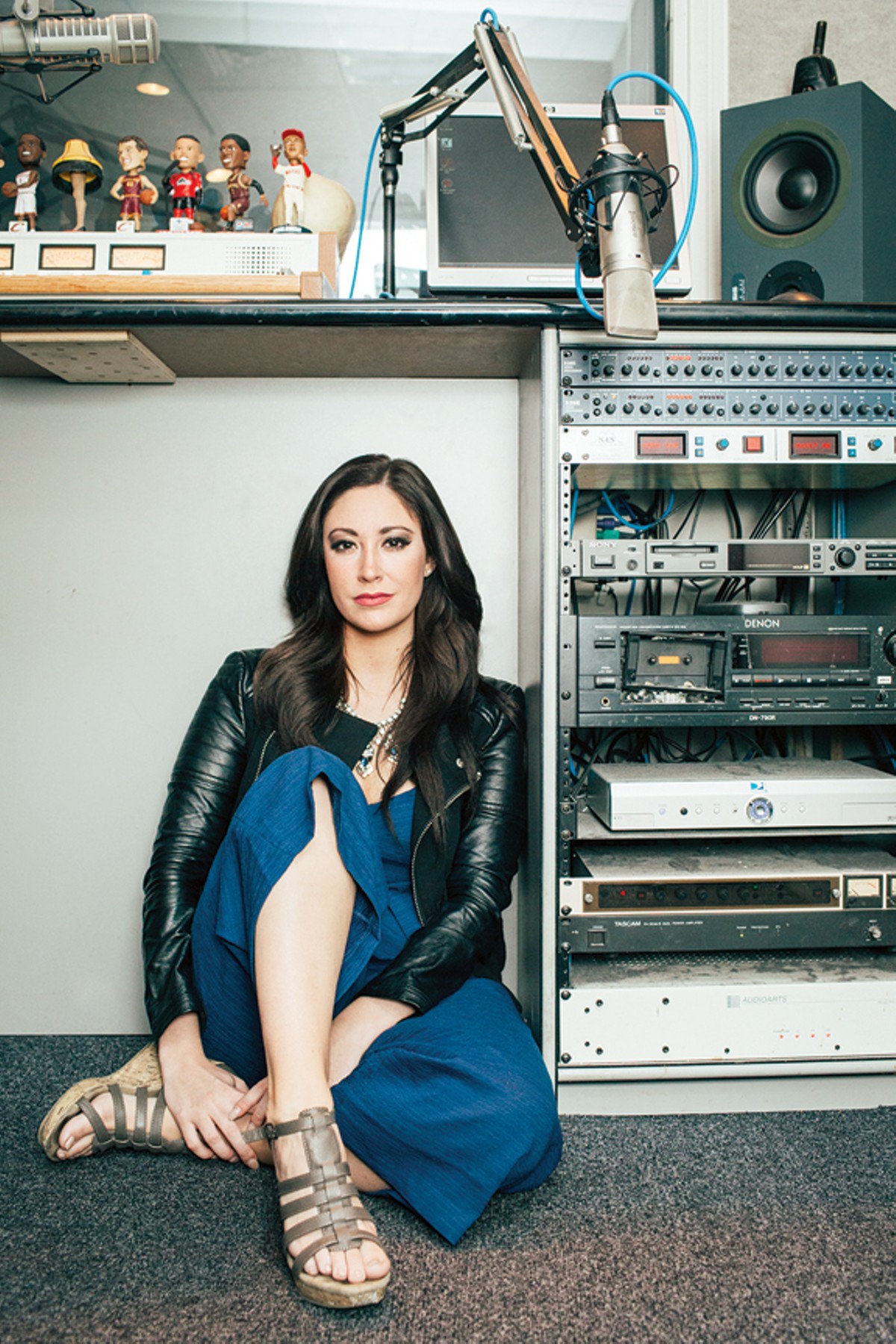 Now a mainstay on Cleveland radio — from 3 to 7 p.m. on 100.7 FM WMMS' Alan Cox Show — Erika Lauren has taken a circuitous route to land in her buzzworthy role. Springboarding from her stint on The Real World, she's been developing a career in radio and music. And with the North Shore as her backdrop, her creativity seems to expand with each passing year.

Lauren was led to Cleveland more than six years ago, moving here for love with little in the way of job prospects. She reached out to a few radio stations, soliciting interviews about her time on MTV's The Real World. A former producer at WMMS ended up offering her a part-time job with the Alan Cox Show, running admin work and screening calls. Six months in, they left her mic on and encouraged her to contribute to the show.

"It was kismet," she says. "I had studied radio in college and interned at a radio station. I always thought I would be on the promotions side or working behind the scenes, but I grew up listening to talk radio." Often, she says, she'd pick up tardy slips in high school after gluing her ears to DreX in the Morning out in the parking lot.

"I've always been drawn to that, but I never thought that I could or should or would do it," Lauren says. "I always tell people I just fell ass-backwards into it."

Well into her tenure on the show, she's long been a natural fit alongside Cox's biting wit and co-host Bill Squire's everyman sarcasm and wordplay. It's been an adventurous ride where each day brings something different — like a recent lost bet that had her drinking Malort on-air (think "gasoline and wood shavings," Lauren says, flavor-wise) while Cox tried and failed to eat an entire stick of butter.

In short, her work in radio affords her a nice blend of fun and those endless horizons of learning. "I still have so far to go, but I feel like I'm at the point where things are starting to make sense and I'm starting to get the hang of it," she says. "As a co-host, you're there to support. You're there to follow the vision of the host of the show. It's just following Alan's lead and chiming in when the timing is right. Timing is everything in radio."

Elsewhere in Cleveland, and per her own vision, Lauren fronts Hawkeye, a local "rocktronica" outfit that blends an EDM base with high-energy dance structures. The band came together amid hazy conversations about how best to fuse these exciting strains of rock music. The crowds have been growing at their shows over the past few years, and it's those crowds — the audiences at her concerts, the audiences tuning in each afternoon — that sustain her talents.

"What I've learned is that the people make the city, and Cleveland has the best people," Lauren says. "The way I explain it is: If you walk down the street in Chicago and you ask for directions, nine times out of 10 that person will either a) pretend like they don't speak English or b) have their earbuds in. In Cleveland, not only will they stop and give you directions — if they don't know the directions, they'll call a friend, they'll look it up on their phone. There's a camaraderie here. Everyone is out to support one another."