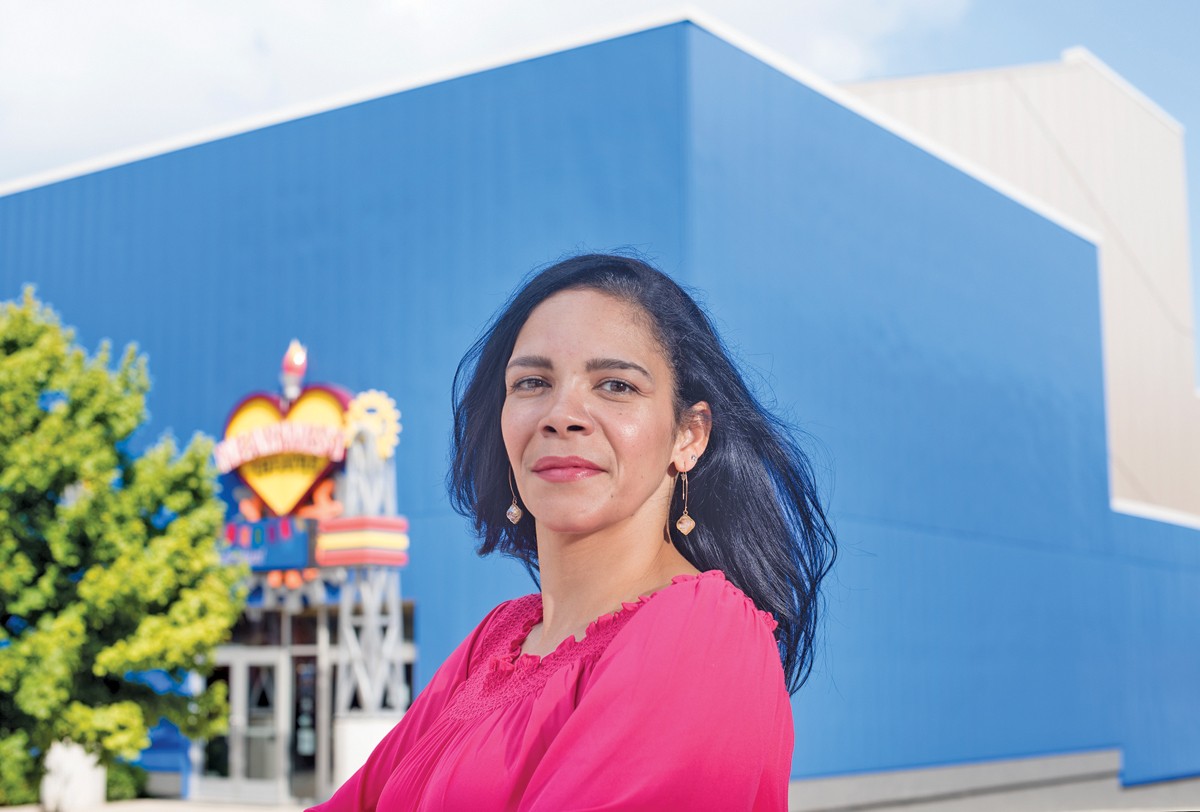 When her mother picked up stakes and moved her kids from the Bronx to Cleveland, Trinidad Snider, Near West Theatre's talented new artistic director, admits it came of a bit as a culture shock.

But Snider quickly acclimated and enrolled at the Cleveland School of the Performing Arts. She and a classmate successfully auditioned for roles in the Near West Theatre's production of Fame, initiating a relationship with the community theater that would continue for decades.

"I sang and danced and acted and got cast in the show — that was 31 years ago," she says one afternoon from the Near West Theatre's basement, an undeveloped space she hopes to turn into an area for black box performances. "Performing in the musical here was so different from what I was used to at the Cleveland School of the Performing Arts. It was a much freer opportunity to collaborate with individuals I didn't know. In a school setting, you see the same people every day. It was eye-opening because it was kids from all over the Cleveland area."

Snider studied musical theater at the Conservatory of Music at the University of Cincinnati and then moved back to Cleveland, rejoining Near West Theatre for a production of Children of Eden, a role she took on even though she was eight months pregnant. She started rehearsals, had the baby, and then came back two weeks before the play opened and was ready to go by opening night.

Snider most recently served as a teaching artist with the Musical Theater Project, where she taught in both the Kids Love Musicals and intergenerational programs. She also helped create and facilitate the Creative Aging program focused on seniors and the arts.

Upcoming Near West Theatre plays include a youth production of The Addams Family and an intergenerational production of Big Fish. The Mystery of Edwin Drood, Parade and Bare round out the 2019-2020 season.

And Snider, who's Puerto Rican, loves the diversity that the Near West Theatre brings to its productions.

"You'll see individuals of all ethnic backgrounds and social backgrounds, and they're all working to put together an experience you can see on stage," she says. "It's what we're known for. Hopefully, I can continue those types of traditions here with the next generation."