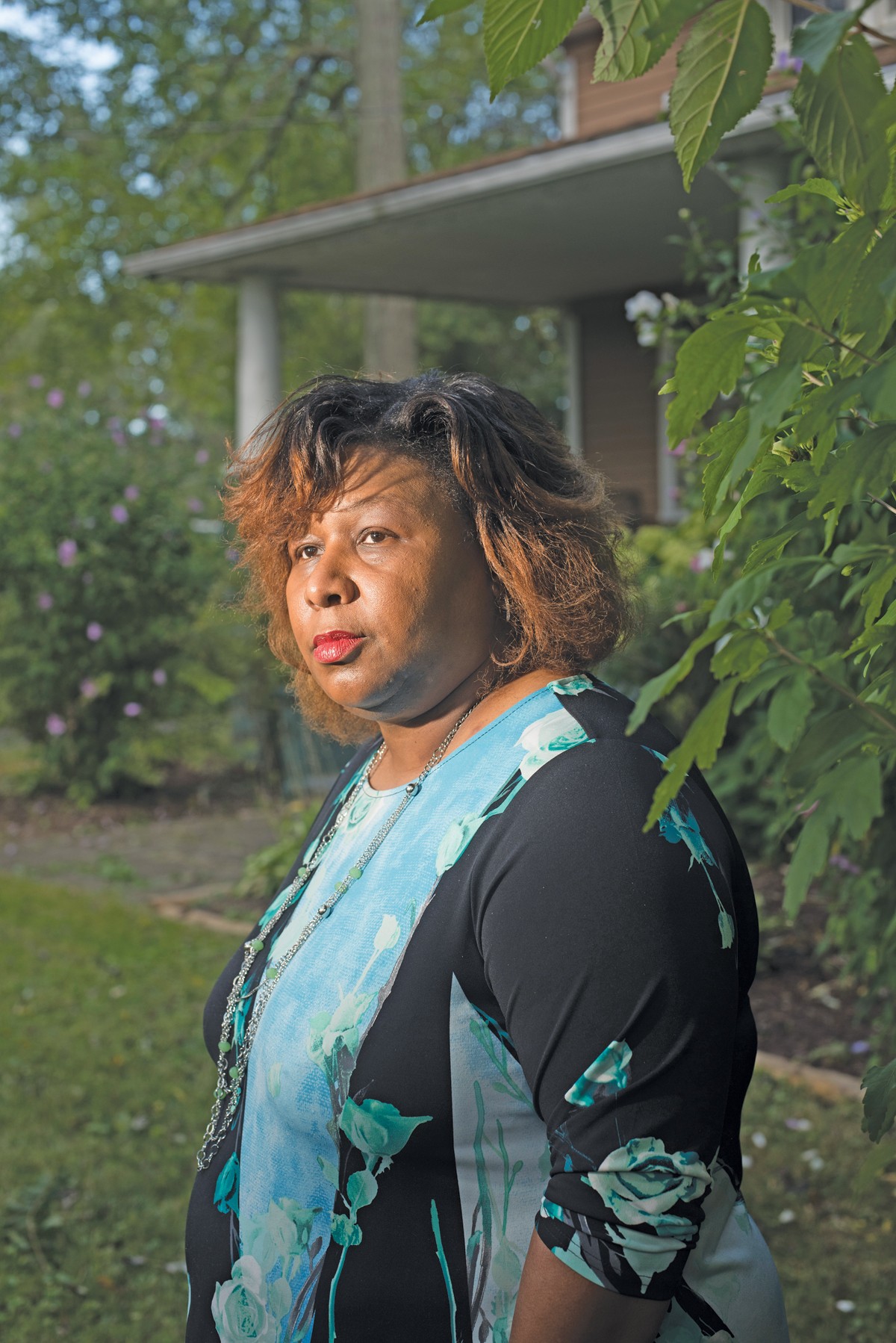 In 2015, Yvonka Hall was abruptly informed by former mayor Michael White that her professional services were being terminated. Hall was working as an assistant for White at the time as part of a local leadership initiative. But after she'd organized a community meeting in response to the 2014 DOJ report about police brutality, White showed her the door.

This was a position that Hall had been in before. From 2008 to 2012, she served as the city of Cleveland's director of the Office of Minority Health. But she was let go, she believes, after raising hell about the closure of Huron Hospital on the east side.

Now, she says, she can't find a job in Cleveland. And she doesn't expect that she will.

"I'm blocked out," she says. "That's what happens in Cleveland. If you raise hell, if you want to make change, you're not allowed to participate. They figure if they don't let you work, you'll just leave. But fuck them. This my city."

Hall has been one of the most vocal and omnipresent Northeast Ohio activists over the past several years. She has been a leader with the Cuyahoga County Progressive Caucus and a prominent spokesperson for Cleveland Lead Advocates for Safe Housing (CLASH), though her work on lead, and on health issues in minority communities, reaches much further back.

Now 51, Hall grew up on Cleveland's southeast side. She watched her father brutally murder her mother when she was only 6 years old. Her mother died from stab wounds on their kitchen floor, in the arms of Hall's 18-year-old uncle. She says she has watched the ravages of that trauma affect his life deeply ever since.

She moved in with her grandparents on Cleveland's border with Warrensville Heights and soon came to recognize that she had a voice and could use it to improve her community.

She attended John Marshall High School on the city's west side, shortly after court-ordered desegregation, and went on to Notre Dame College, where as a black student she says she felt like a statistic and a throwaway. She decided she might like to become a teacher.

While not in a classroom, Hall says that her current activism often feels like a kind of instruction and important education for the city's young and idealistic.

To that end, she has dabbled in electoral politics but experienced the same marginalization that she experienced in her professional life, the same allergic reaction to change and challenge. She speaks with disdain about the local Democratic machine.

"In this town, they don't care about you if you don't play the game," she says. "To them, that's what it is: just a game. But to me, I see people dying. I see our neighborhoods literally burning."

"If speaking the truth makes me the enemy," she says. "I'll be the enemy."