10 Things Going on in Cleveland Over Halloween Weekend

Photo via Cleveland Scene Archives
Halloween's mystique has always been the ability to create your own fantasy. Playing dress-up during the witching hour is both sexy and sinister, a chance to indulge in peculiarities by our own hand. Habitually teasing the twisted line of macabre and camp, costumes are the best extension of imagination when made on intimate accord, and these days we're more equipped than ever to do it ourselves. "Take an LED and a watch battery and you can bling any costume with it," says Robert McTrusty of Makers Alliance. "I've seen a guy put multi-color LEDs all over a lab coat to make himself into a walking television set." McTrusty will take his skills to the first Night Makers Ball hosted by Scene at the Lake Erie Building, brightening up costumes throughout the night. "You don't have to be an expert, you don't have to be an engineer," says McTrusty. "Technology has made it so easy for anyone to do this." The ball begins at 8 tonight at the Screw Factory in Lakewood. Tickets are $15 in advance, $20 at the door. (Nikki Delamotte) 13000 Athens Ave., Lakewood, 216-241-7550, nightmakersball.com.

Photo via ThistleDown, Facebook
Last year, the folks at ThistleDown Racino hosted a successful costume party and this year, they're expecting an even bigger crowd thanks to the $7,000 in prizes they plan to hand out on the gaming floor between 7 and 11 p.m. The best overall costume will get $5k and the couple costume will receive $1k. To participate in the costume contest, you'll have to register at the Total Rewards desk by 10:15 p.m. Winners announced at 11 p.m. The band Shout will play at Slush bar throughout the night. (Niesel)

Photo via The Euclid Tavern, Facebook
The Euclid Tavern is having a dance party tonight, and it’s going to be full of funk, disco and R&B, all on vinyl from the ’60s, ’70s and ’80s. Come dressed in costume and get your boogie on upstairs with DJs from WCSB and WRUW. Head on downstairs to the basement and check out the DJ battle. It all starts at 9 and admission is free. (Trenholme)

Photo via Lake Erie Monsters, Facebook
If you want to experience the energy of the Q this weekend, but prefer tickets that are literally thousands of dollars less expensive than the Cavs home opener, try the Lake Erie Monsters. The AHL hockey franchise is fresh into its 2014 campaign and plays tonight at 7:30 against the Texas Stars (a Dallas Stars farm team). The Q will be decked out in Halloween decorations and trick-or-treating will be taking place on the concourse all night for the kiddies. Sugardale and Pepsi are also pleased as punch to present their dollar-dog, dollar-soda promotions for the game. Everyone is encouraged to wear a costume! Tickets start at $10. (Allard)

Photo via Jeff Niesel
The Dia de Muertos (Day of the Dead) Fiesta is one of the coolest things to happen in Cleveland around this time of year. Taking place in Gordon Square on the campus of Cleveland Public Theater, it’s truly a sight to see. Traditionally, Mexican families take this day to honor family members who have passed on by making beautiful shrines of sugar skulls and skeletons and adorning them with flowers and candles. This year features artwork and installations (check out the outdoor cemetery) created by local artists and kids’ art programs, music, food and much more. The parade of skeletons and skulls starts at 3:30 p.m., but the whole thing will be happening all day from 11 a.m. to 10 p.m. (Trenholme) diademuertosohio.com

Photo via Scott Sandberg
Halloween at the Beachland has quickly become one of the best parties to go for music lovers. This year’s lineup features local acts covering the bands of your childhood like Duran Duran, Belly, Tom Waits, Kings of Leon, James Gang and Creedence Clearwater Revival. Dance the night away, sing your heart out to old hits and have a beer or two. Regular admission is $10, but if you come in costume you only pay $5. (Trenholme) 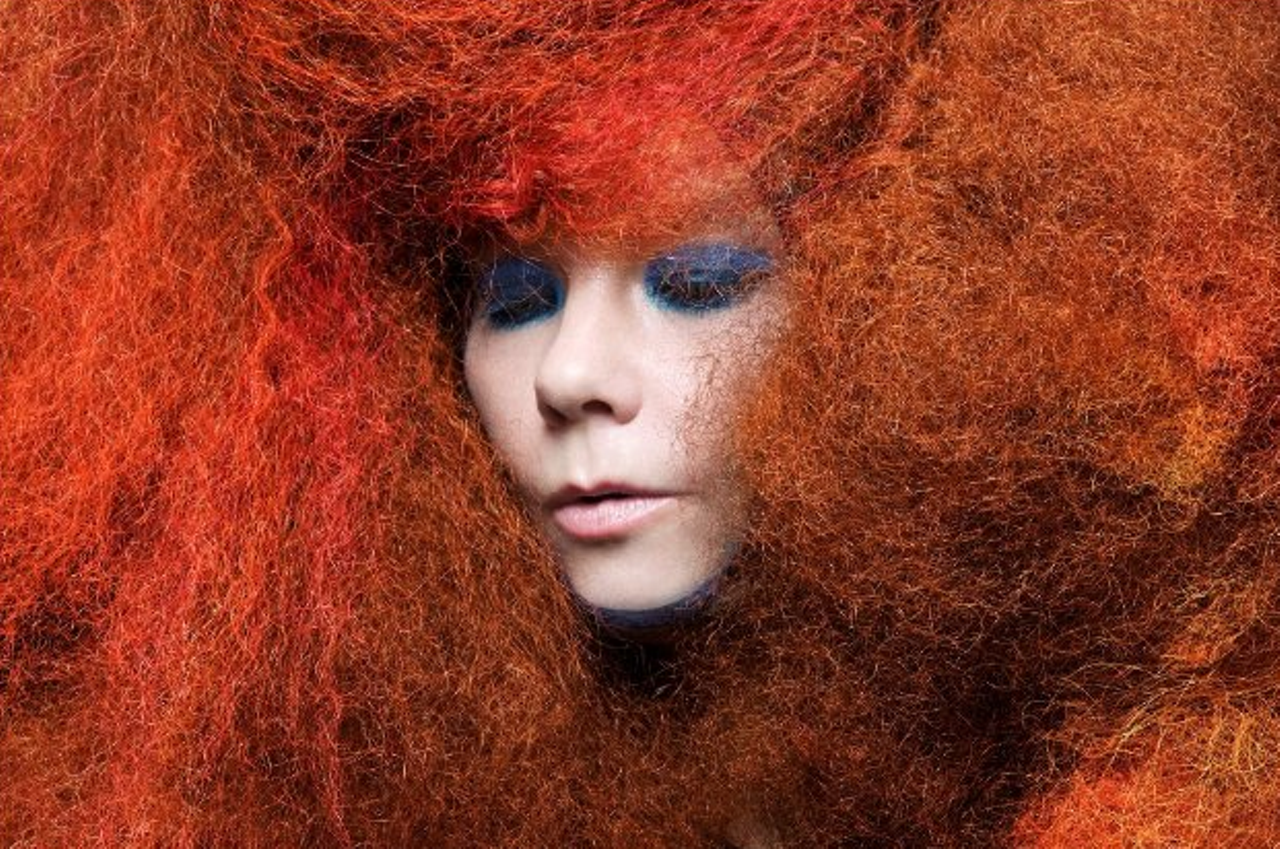 Photo via IMBD
Rock 'n' roll has produced its share of eccentric artists. But few can measure up to Bjork. The Icelandic singer, who has done a bit of acting over the course of her career, is as much a performance artist as she is a singer. Bjork: Biophilia Live, a concert film featuring performances of the songs on her most recent album, captures the outlandish nature of her live shows. There's even an element of sci-fi in the show. The film makes its Cleveland debut tonight at 9 at the Cleveland Institute of Art Cinematheque. It shows again at 6:30 tomorrow night. Tickets are $9. (Niesel)

Photo via Scene Events Team
If the Browns can’t make mincemeat of the punchless Tampa Bay Buccaneers, about whom the most interesting thing this season is perhaps a Bud Light commercial, then I just don’t know what to say. Hoyer and the gang couldn’t do much of anything against a stiff Jacksonville Jaguars defense two weeks ago, but today is a new day, for better or worse, and the Brownies will have home field advantage for the second week in a row. The muni lot, patrolled by police officers who are now less inclined to shotgun beers with you, will be as effervescently orange and brown as ever. Kickoff is at 1 p.m. at First Energy Stadium and tickets start at $25. (Allard)

Photo via Facebook
The conflict between Palestine and Israel often inspires heated debate (and even violence). In her film Voices Across the Divide, director Alice Rothchild, co-founder of American Jews for a Just Peace Boston and a former Harvard Medical School professor, explore her own feelings about the issue. Rothchild, who has also written books on the issue, will be on hand tonight to introduce her film and sign copies of her book. The movie screens at 4 p.m. at the Cleveland Institute of Art Cinematheque. Tickets are $9. (Niesel)

Photo via TrueNorth Cultural Arts, Facebook
They’re creepy and they’re kooky and they've been a part of pop culture ever since the cartoon debuted in 1938. We're taking about the Addams Family, of course, that strange but lovable family that includes a hunchback uncle and a butler that looks like Frankenstein's monster. The comic strip was so popular, it spawned a TV series, films and a musical. You can see the musical at TrueNorth Cultural Arts, the theater located on the grounds of Lorain County Metro Parks, just 10 minutes west of Crocker Park. Performances are slated through Nov. 2 and tickets range from $10 to $18. (Niesel)