Photo via Facebook
When Lez Zeppelin formed some 10 years ago in New York, there weren't too many female hard rock cover bands on the touring circuit. The musical landscape has changed — now female acts pay tribute to acts such as AC/DC and Metallica. But back then it was a completely novel idea. Eddie Kramer, who worked with Led Zeppelin, even produced Lez Zeppelin's first album. In a world that's overrun with cover bands, this group still stands out as one of the best. (Niesel) $20

Photo via Facebook
Last Call Cleveland, the four-man sketch-comedy team featuring “Factory of Sadness” YouTube sensation Mike Polk, began its Frank Jackson Trilogy at Playhouse Square’s Second Stage earlier this month. Tonight's finale, fittingly, is called LCC vs. Asian Carp. If you’ve never seen these guys, you must. They do live stuff and pre-recorded stuff and get the audience involved. It’s just like SNL only locally relevant. They’re hilarious and homegrown and worthy of the $18 ticket price. ($20 at the door). The show tonight and tomorrow night starts at 8. (Sam Allard) 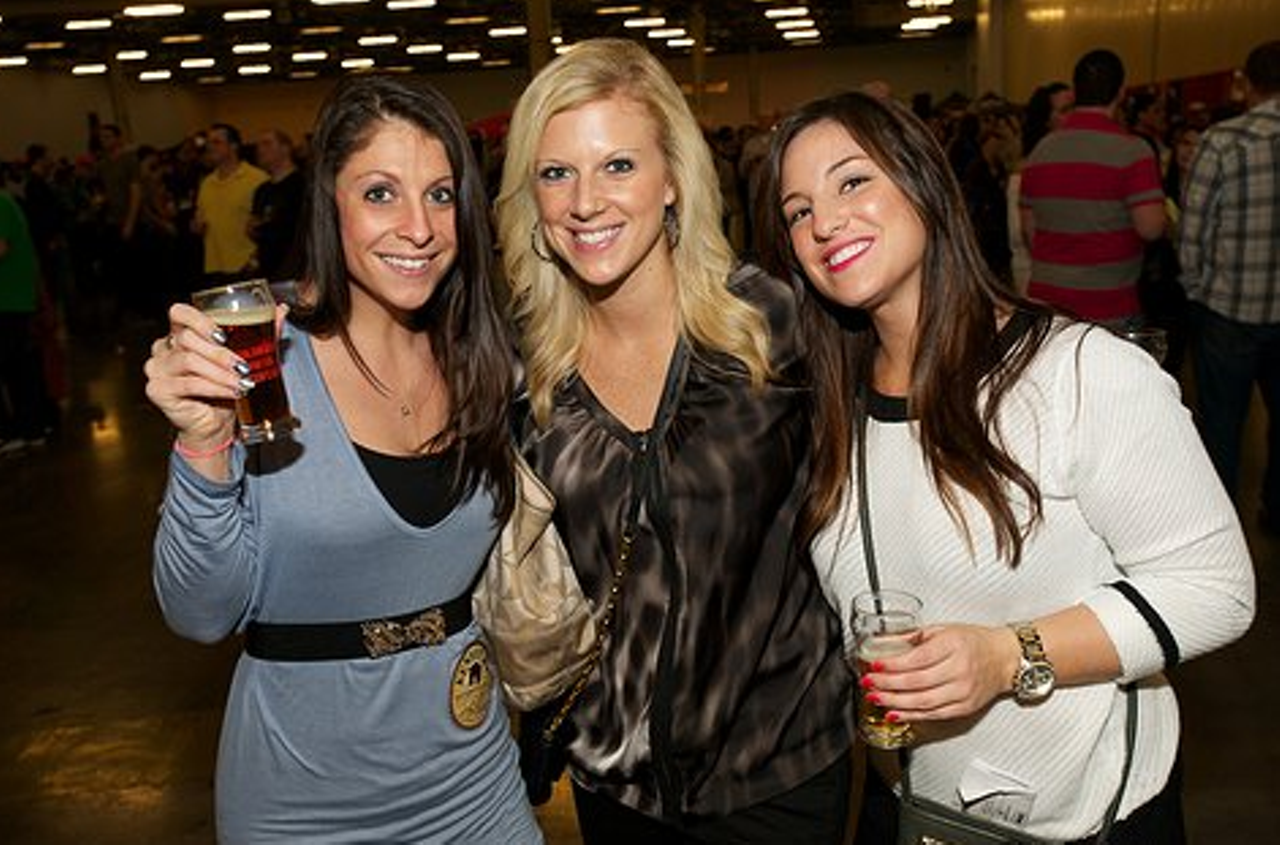 Photo via Cleveland Beerfest
Put on by a guy from Kentucky, Cleveland Winter Beerfest is the latest addition to the ever-growing assortment of local beer festivals. You can never have too much of a good thing, can you? The festival, which takes place today and tomorrow night at 7:30 at the Cleveland Convention Center, will feature the usual assortment of exotic craft beers. Doors open at 6:30 each night for VIPs. Your regular admission ticket includes 25 samples in a 5-ounce cup. Those tickets cost $35 in advance and $45 on the day of the event. The VIP tickets run $45 in advance and $55 on the day of the event. (Niesel)

Photo via Facebook
“If dance is an expression of the human spirit, then it is best expressed by people of all abilities.” This inspirational message is the driving force behind the Dancing Wheels Company, and they do it well with their stunning performances. Founded in 1980, the Dancing Wheels combines the talents of dancers both with and without disabilities, promoting accessibility and inclusion and debunking the myth that a pair of wheels can keep you from your dreams. Tonight’s performance focuses on movement and composition, and creates a spectacular study of pause and motion. The main performance at MOCA Cleveland starts at 8 p.m. with smaller performances happening throughout the galleries beforehand. Tickets are $15 (Trenholme).

Photo via Facebook
One of the few classic rockers who can still put on a helluva live performance, Elton John seems to spend most of his time playing residency shows in Las Vegas. So the chance to see the guy play locally is a real treat, even if it means schlepping out to Youngstown. John will undoubtedly play several tracks from his latest effort, last year's ballad-heavy The Diving Board. But if the shows he played late last year in Europe are any indication, you can expect to hear all the hits too as he plays tunes such as "Tiny Dancer," "Rocket Man (I Think It's Going to be a Long, Long Time)" and "Levon." (Niesel) $29-$139

Photo via Kendra Wells, Instagram
Head on over to Mitchell's UltraLounge tonight beginning at 7:30 p.m. for a fun and creative evening of art, socializing, and wine. Bring an open mind and $30 to purchase tickets at the door, and the rest of your supplies will be provided for you.

Photo via Shen Yun, Website
Bringing the spirit of ancient Chinese culture, Shen Yun is a spectacle thousands of years in the making. Roughly translated to "rhythm of the divine being," the dance company’s program honors the traditions of the spiritual discipline known as Falun Gong in a beautiful and devoted fashion. Through traditional dance, music, singing and costumes, this performance takes audiences through the history of Chinese dynasties and legends. Full of life and color, animated backdrops and a live orchestra assist the performers. Already on its eighth year of international touring, the company more than proves the power and beauty of its art. The performance takes place tonight at 7 and tomorrow afternoon at 2 at the State Theatre. Tickets are $50 to $150. (Stoops)

Photo via IMDB
Hong Kong's Johnnie To directs Drug War, a thrilling Hong Kong crime movie that has garnered comparisons to Infernal Affairs. The plot centers on a Timmy Choi (Louis Koo), a drug lord who offers to take down a cartel if he can avoid the death penalty. The problem is, he only has 72 hours to bring the bad guys to justice. The movie screens tonight at 6:30 p.m. at the Cleveland Institute of Art Cinematheque. Tickets are $9. (Niesel)

Photo via Cleveland Scene Archives
Every aspiring musician’s dream is to perform live on stage in front of a large audience. This weekend, School Of Rock, a performance-based music school franchise, is giving its Cleveland students a chance to play their hearts out on stage and provide rockin' live entertainment at one of the nation’s largest meeting, convention and exhibition centers for the 2014 Progressive International Motorcycle Show. The Progressive International Motorcycle Shows give the public an opportunity to see the latest motorcycles, gear and apparel, UTVs, ATVs, and entertainment, including stunt shows, live music and celebrity appearances.

Photo via Instagram
Stay in. Go out. Watch big strong men knock each other around in freezing cold conditions for the ultimate title in this year's NFL championships.