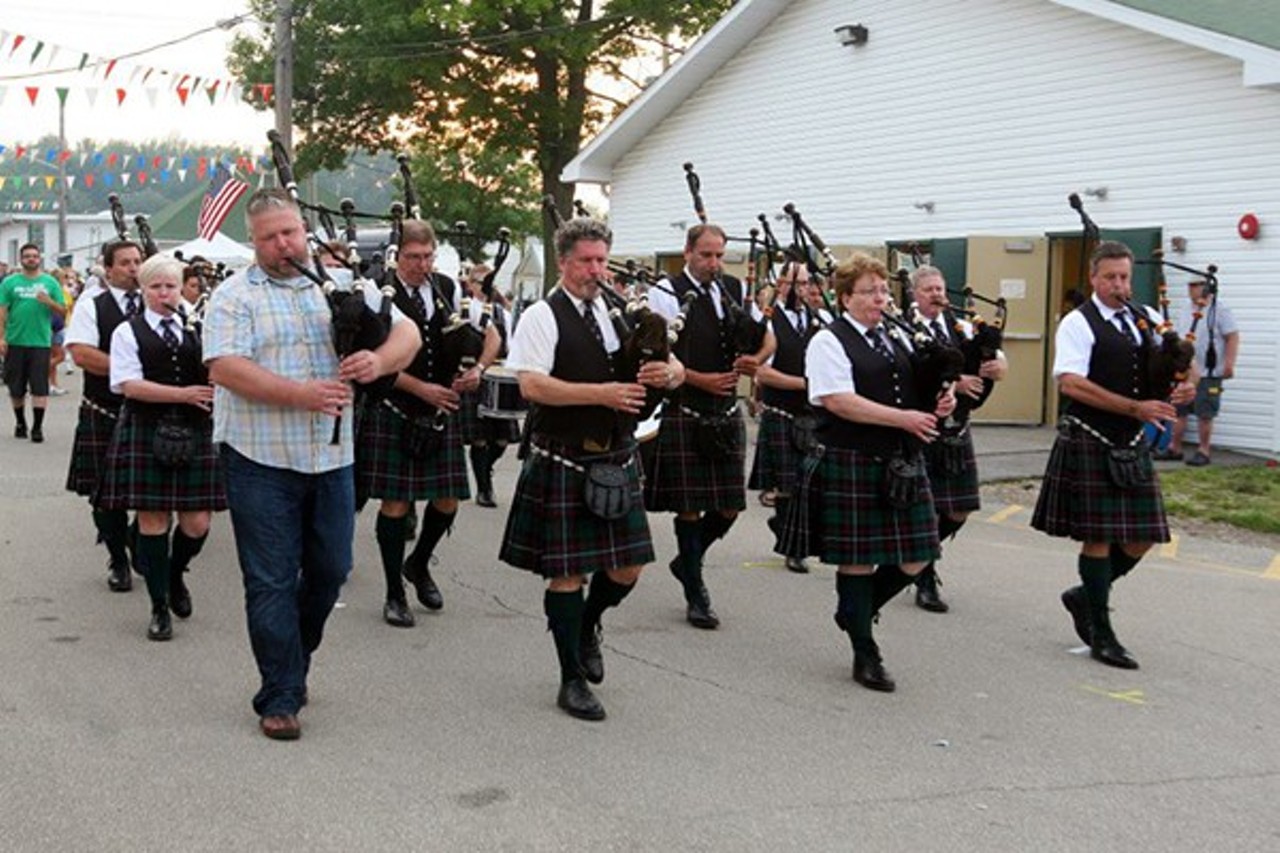 Irish blood runs in the veins of many Clevelanders; celebrate that heritage by paying a visit to the Cleveland Irish Cultural Festival that kicks off today at the Cuyahoga County Fairgrounds. From traditional Irish dancers to bands hailing from Dublin and Sligo, entertainment abounds at this festival dedicated to preserving Cleveland’s rich Irish history. A new feature this year is the Temple Bar & Museum, where festival-goers can relax, grab a seat near the stage, or stroll through a variety of cultural exhibits and displays. Get green and join in on the fun beginning tonight at 5 p.m; general admission is $12, but parking is free. The festival continues through Sunday. (Cortni Dietz) 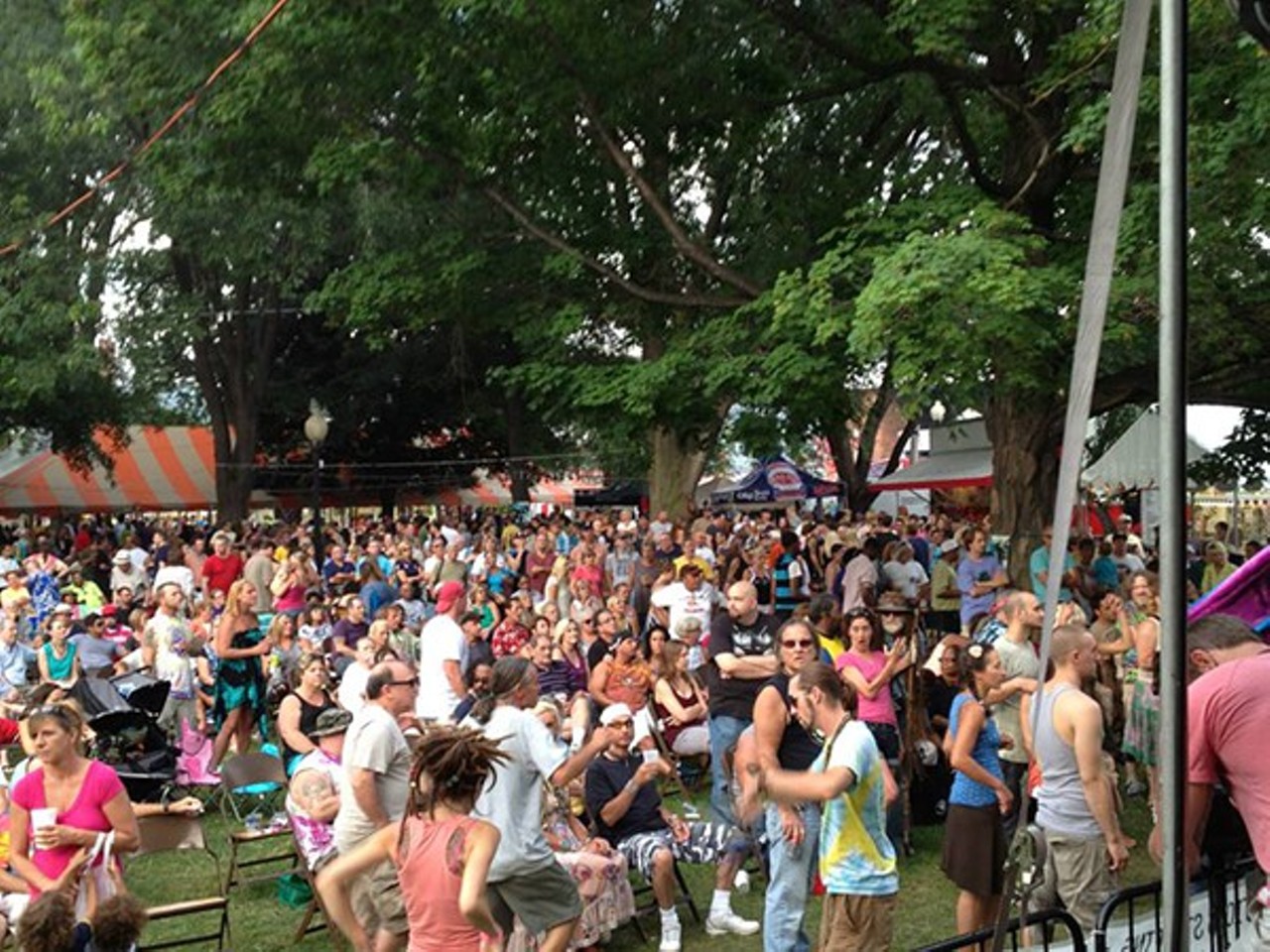 This year’s Party in the Park, which takes place in downtown Painesville’s Veteran’s Park today through Sunday, features more than 30 acts from all over Ohio and across the U.S. performing continuously on three stages. The eclectic line-up includes New Orleans singer-songwriter Eric Lindell, Charlotte-based reggae rockers Simplified, Nashville roots rock act the Delta Saints, and local hero Carlos Jones and his PLUS band. Local favorites such as Alex Bevan, Cats on Holiday and Tropidelic are also on the bill. Last year’s event drew some 55,000 people. “We try to cover as many musical genres as possible to attract a wide spectrum of music lovers and we book bands that are playing major music festivals that people pay a lot of money to see,” says entertainment chief Gabe Cicconetti in a press release. The Painesville Community Improvement Corporation, the non-profit organization that hosts the event, has booked some 40 food vendors and a beer garden featuring Great Lakes Brewing Co., Oskar Blues, Miller, Guiness, Seven Brothers Spirits, and wine. The event also includes a community stage, a “Kidzone” with inflatables and a classic and custom car show. Admission is free. (Niesel) parkpartyinfo.com for more info. 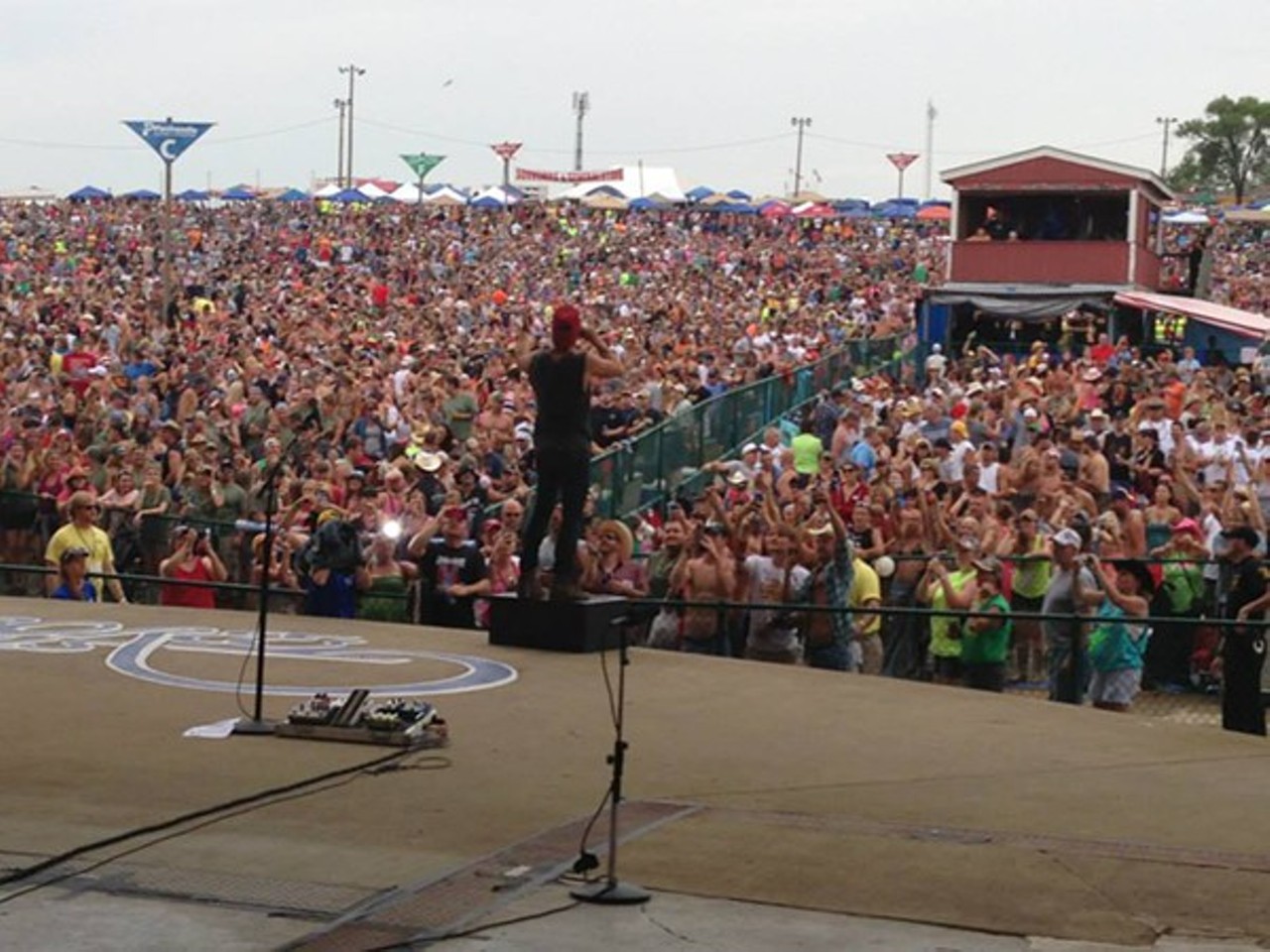 The Jamboree has gone huge this year. With a line-up that boasts Keith Urban, Little Big Town, Tim McGraw and Brantley Gilbert, this is Country Central for the month of July. (Check out the Blossom Country Megaticket for all other related needs.) The Jamboree brings music lovers and campers to bucolic Belmont, Ohio, just a quick two-and-a-half hours down I-77/70. This event has been going on for decades and its 100,000+ annual attendees can all vouch for its cred. If you've got a cowboy hat that needs a few days in its indigenous habitat, then you've no choice but to pick up a nice four-day pass to the Jamboree (fest runs Thurs - Sun). 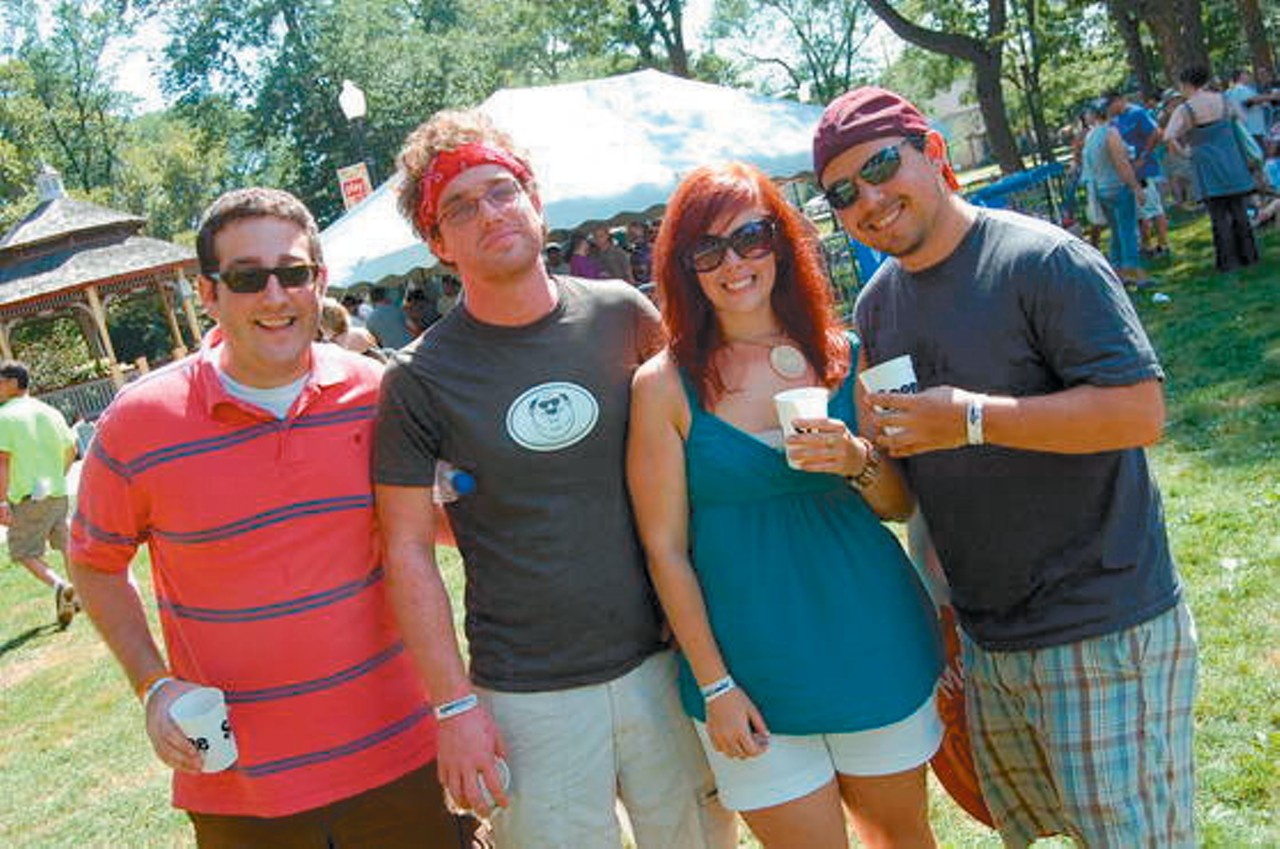 Photo via Cleveland Scene Archives
For the sixth year in a row, Scene will descend on Lincoln Park in Tremont to dazzle thousands with the best day-drinking of the summer. Dozens of vendors pour every craft beer you can name while restaurants serve the food you need to keep going all four hours. Music, entertainment, sun, trees, and, ya know, beer. It's all here. Tickets are $30 in advance. Buy tickets now. 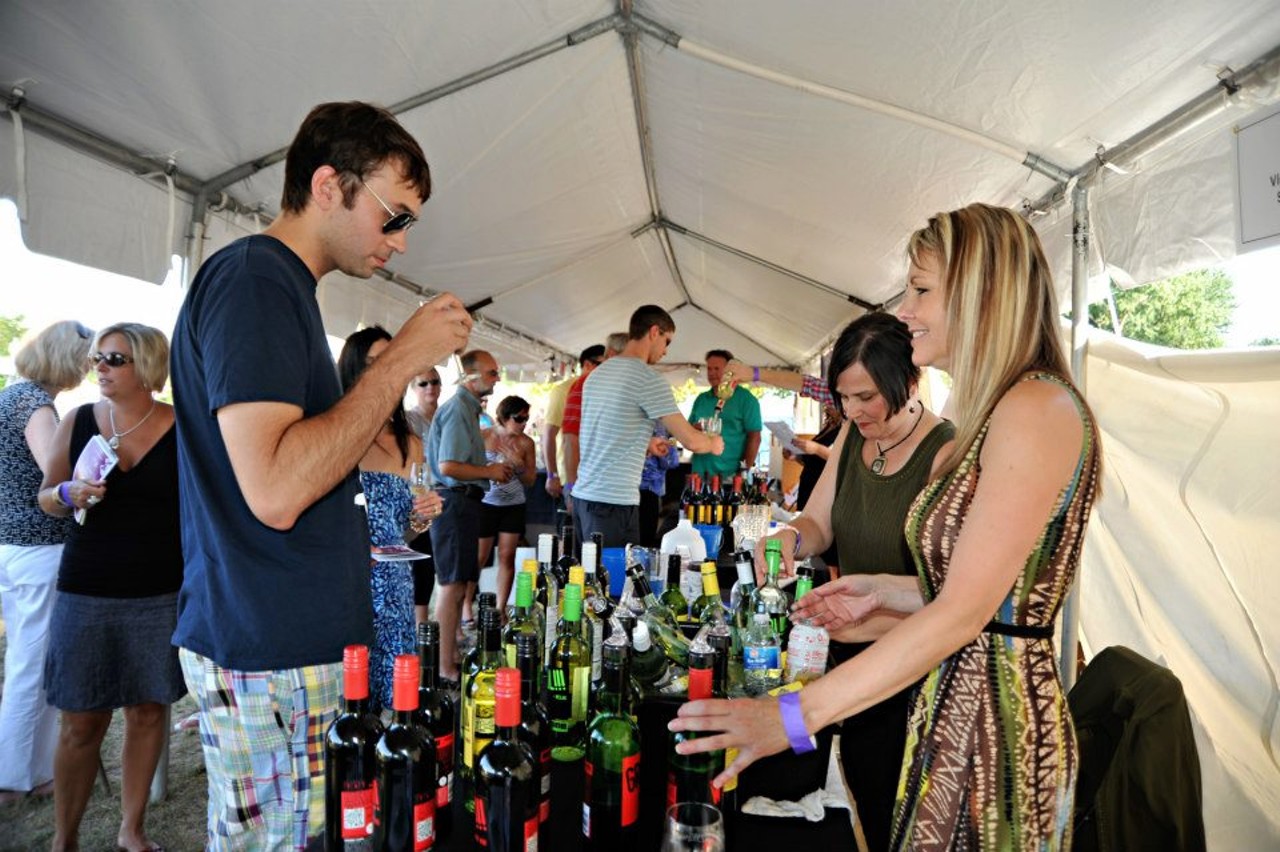 The Hudson Wine Festival, a benefit for animal welfare in Summit County, will take place Friday, July 18 from 4 – 10 p.m. and Saturday, July 19 from 2 – 10 p.m. along Village Way in the First & Main shopping area. Showcasing over 150 wines from national & international producers, guests will enjoy musical entertainment, food, art & retail exhibits and raffles. Tickets are $22 in advance; $27 at the door & include 10 tastings & a souvenir wine glass. For more information visit www.hudsonwinefestival.com. Tickets are $22 in advance, $27 at the door 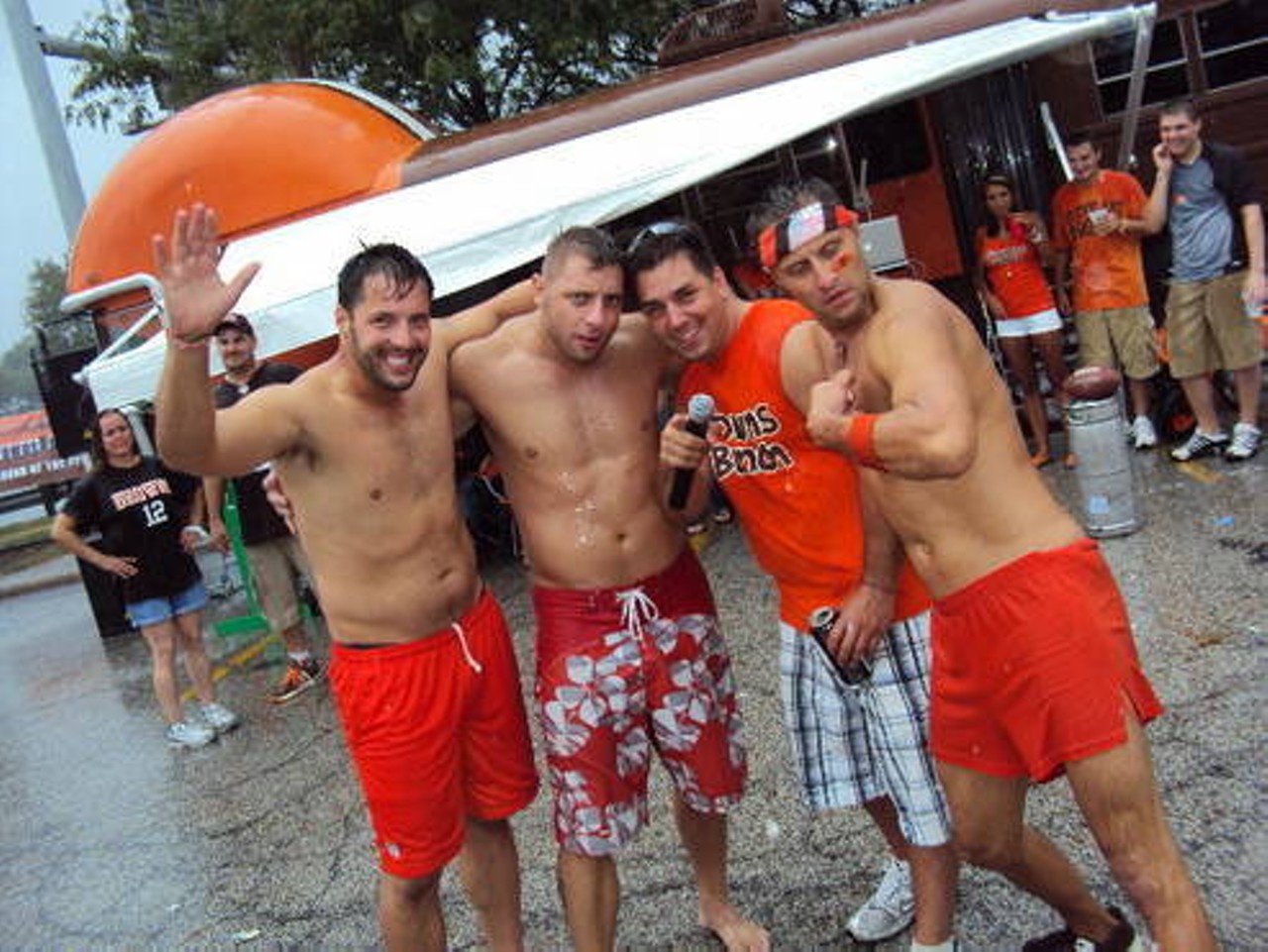 Photo via Browns Bunch, Facebook
Football season won't start up for a few more weeks, but it's never too early to get into the proper mind frame. Today from 5 to 9 p.m., Scoundrels in Berea hosts its seventh annual Dawgs for the Dogs charity tailgate. For $25, you get all the pizza, pasta, wings, wine and well drinks you can eat and drink. And kids under 12 get in for free. Proceeds go toward the animal shelter Secondhand Mutts. (Niesel) dawgs4dogs.com. 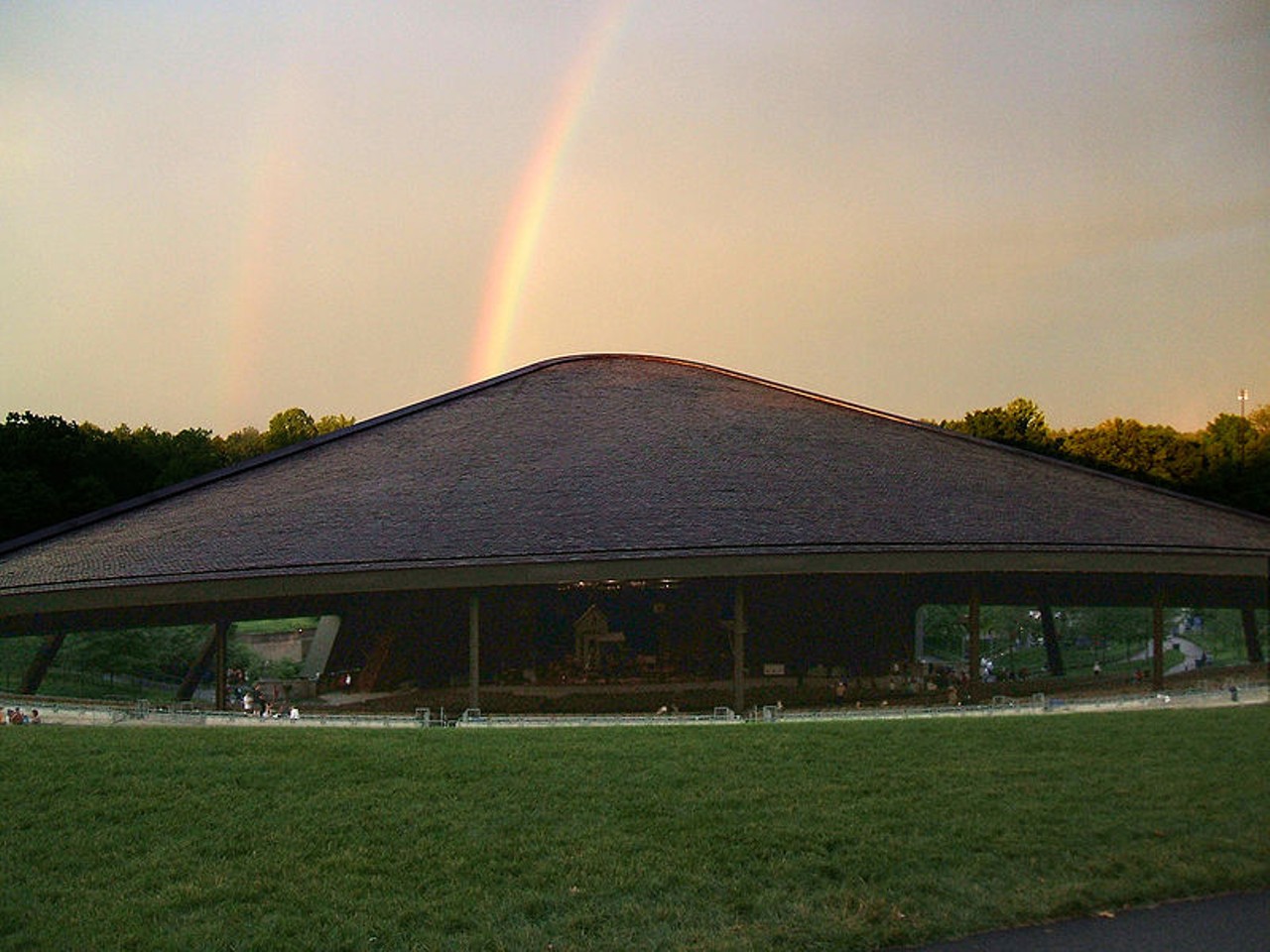 Photo via Wikimedia Commons
The Blossom Music Festival is in full swing this weekend, bringing you two more amazing concert performances by the Cleveland Orchestra. Tonight at 8, Bramwell Tovey conducts the orchestra in its performance of a suite from Georges Bizet’s Carmen, an unabridged version of Manuel de Falla’s The Three-Cornered Hat and Camille Saint-Saëns’ Violin Concerto No. 3 with guest soloist Karen Gomyo. Tomorrow night at 7, Stanislaw Skrowaczewski will lead the orchestra in the Overture to Der Freischütz by Carl Maria von Weber and Symphony No. 5 by Dmitri Shostakovich. Pianist Francesco Piemontesi will join the festivities for Mozart’s Piano Concerto No. 27. Tickets to each concert range from $23 to $85. (Gonzalez) 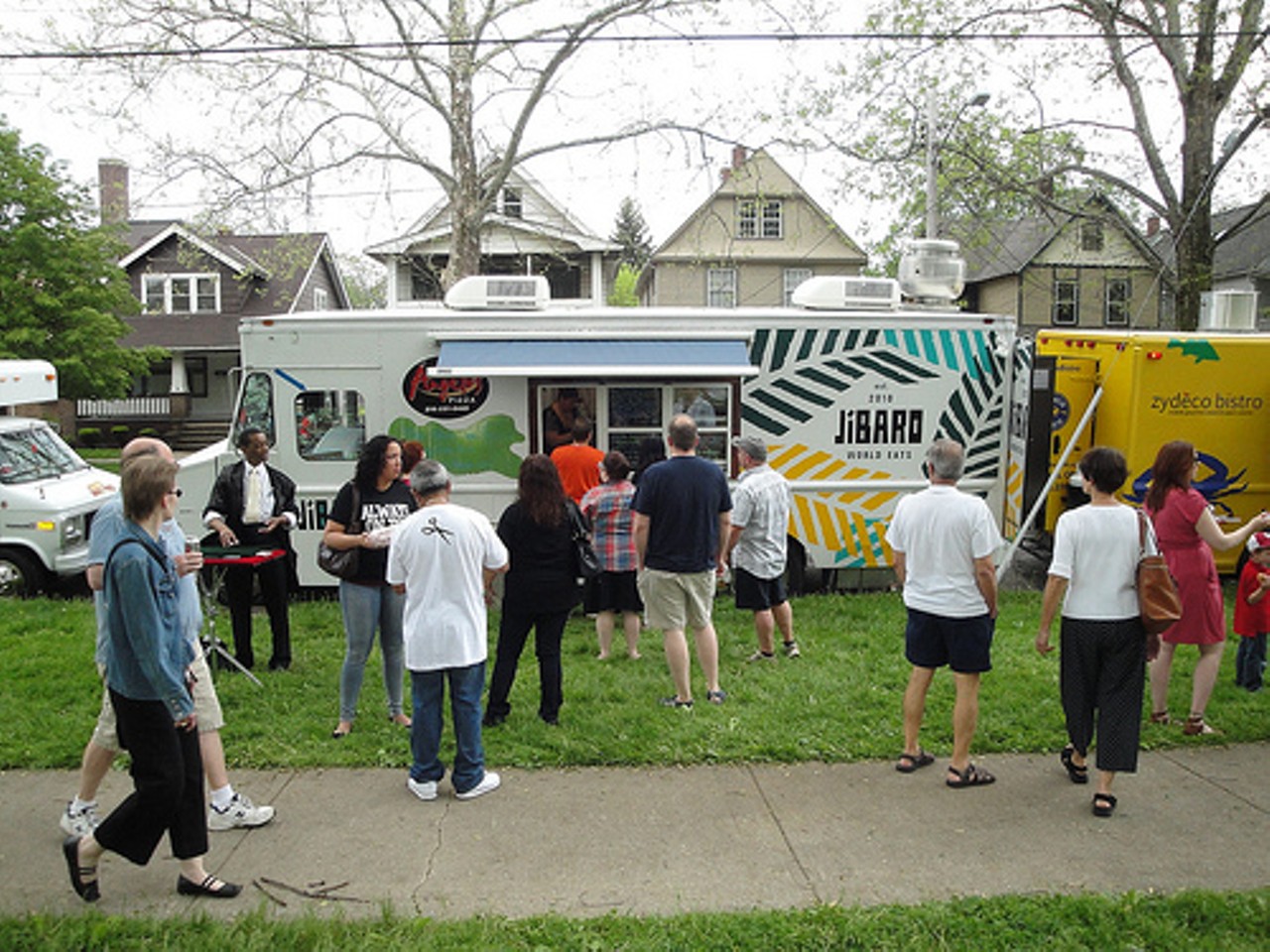 Photo via Cleveland Scene Archives
Local eateries hawk their wares today on Professor Avenue from noon to 8 p.m., during the annual Taste of Tremont. Satiate your appetite by sampling dishes from restaurants headed by Dante Boccuzzi and Michael Symon, among others. Listen to live music and enjoy the culture that Tremont has to offer as you make your way from food vendor to food vendor, and cool off with a drink while you’re at it; beer and wine are $5 and $4, respectively. (Cortni Dietz) 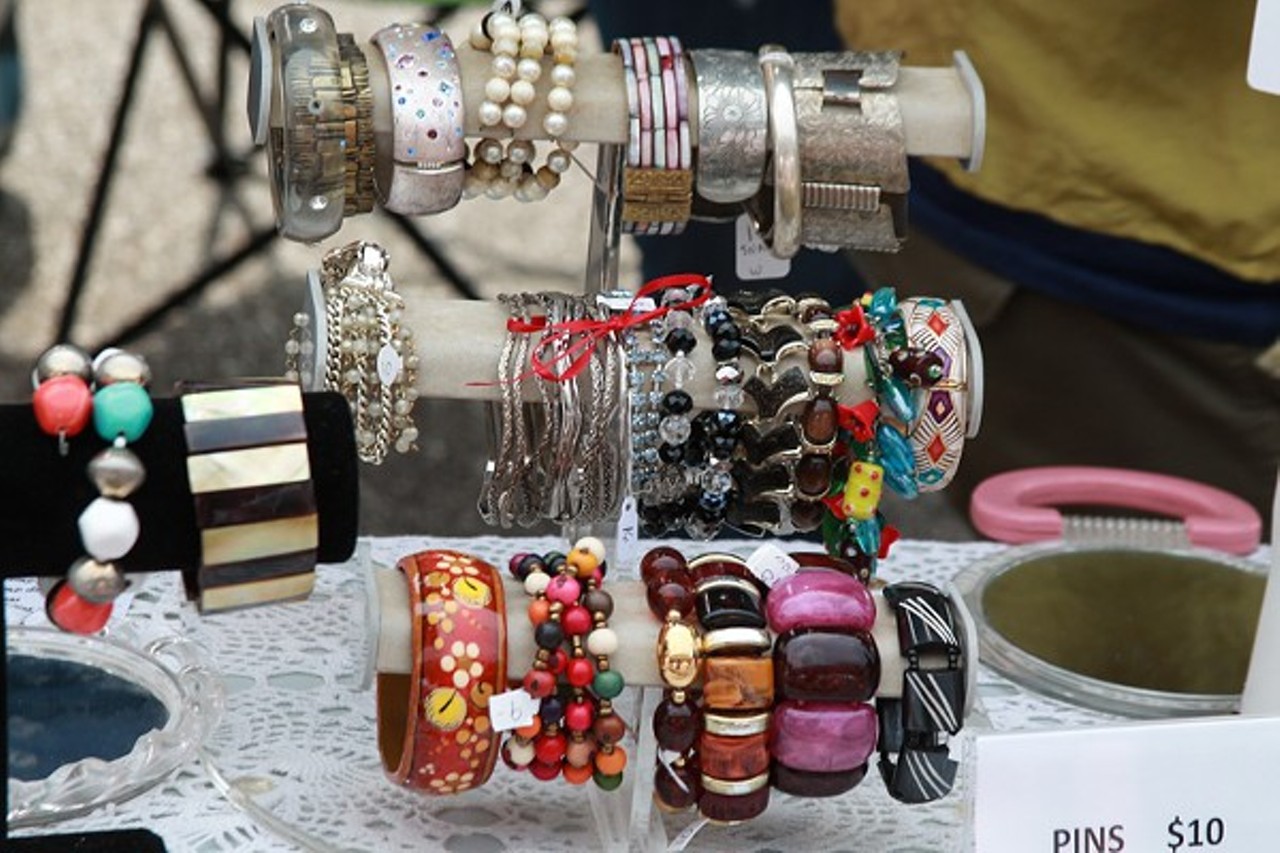 Photo via Cleveland Scene Archives
The Avant-Garde Art & Craft show comes to Cleveland Heights for the first time this year. Featuring works from nearly 100 artists, the show offers unique and oddball pieces that take the idea of “arts and crafts” to a whole new level, like wine bottle lights and beachglass jewelry — stuff you can actually use at home and looks nice. The show runs from 10 a.m. to 5 p.m., and is held in Kangesser Ballroom at Park Synagogue Main. Admission is $3 at the door and kids under 12 get in free. (Trenholme) avantgardeshows.com.