Photo via Facebook
At one point, critics said comic Katt Williams might just become the next Dave Chappelle. While that didn’t quite happen, Williams is still hugely popular. Known for his roles on MTV’s Nick Cannon Presents: Wild ‘N Out and the feature film Friday After Next, Williams is famous for wearing flashy outfits that make him look like some kind of pimp. Dubbed Growth Spurt, his new tour features more of the hyper physical humor for which he’s known. And if recent shows are any indication, he does joke about the slew of arrests and lawsuits that have plagued him for the past few years. The show starts at 8 tonight at Quicken Loans Arena and tickets are $47.50 to $125. (Jeff Niesel) 1 Center Ct., 216-420-2000 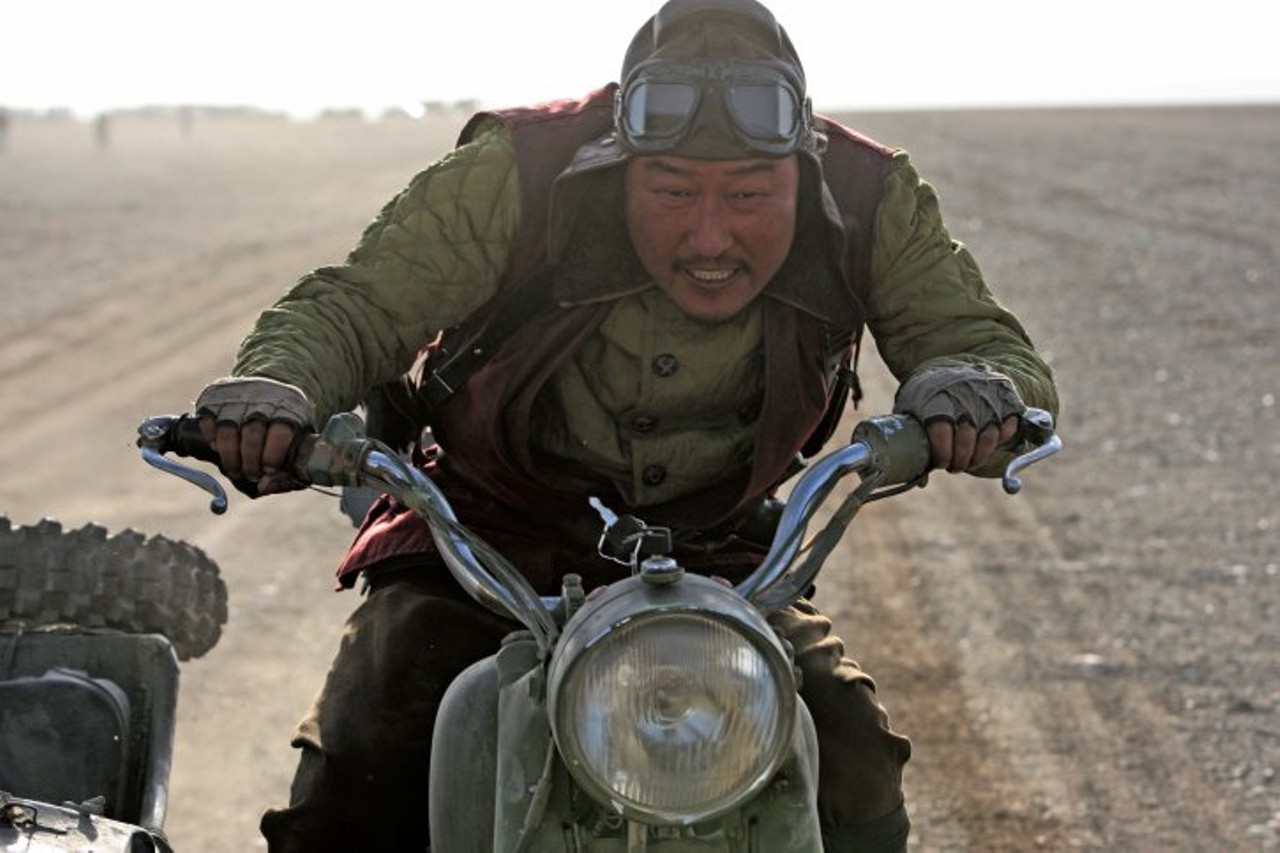 Photo via IMDB
The Cleveland Institute of Art Cinematheque has scaled back its programming during the Film Fest, but they’re still showing some fun, weird stuff this weekend. In fact, they’ve got a mini-festival of their own, Cleveland’s Cult Film Fest 5. Today and tomorrow, you can go see Stanley Kubrick’s early film Fear and Desire (1953), a low-budget work which Kubrick tried to suppress while he was alive. It chronicles the exploits of a military patrol during some abstract war; Kubrick considered the film pretentious garbage, but pretentious Kubrick buffs (not to the exclusion of others) will certainly enjoy. It runs only 68 minutes and plays tonight at 8, and tomorrow night at 9:30. If Kubrick’s not your speed, check out The Good, the Bad and the Weird, a South Korean take on Sergio Leone’s classic spaghetti Western; it shows tonight at 9:30 and tomorrow night at 7. Tickets are $9. (Sam Allard) 11141 East Blvd., 216-421-7450, cia.edu. 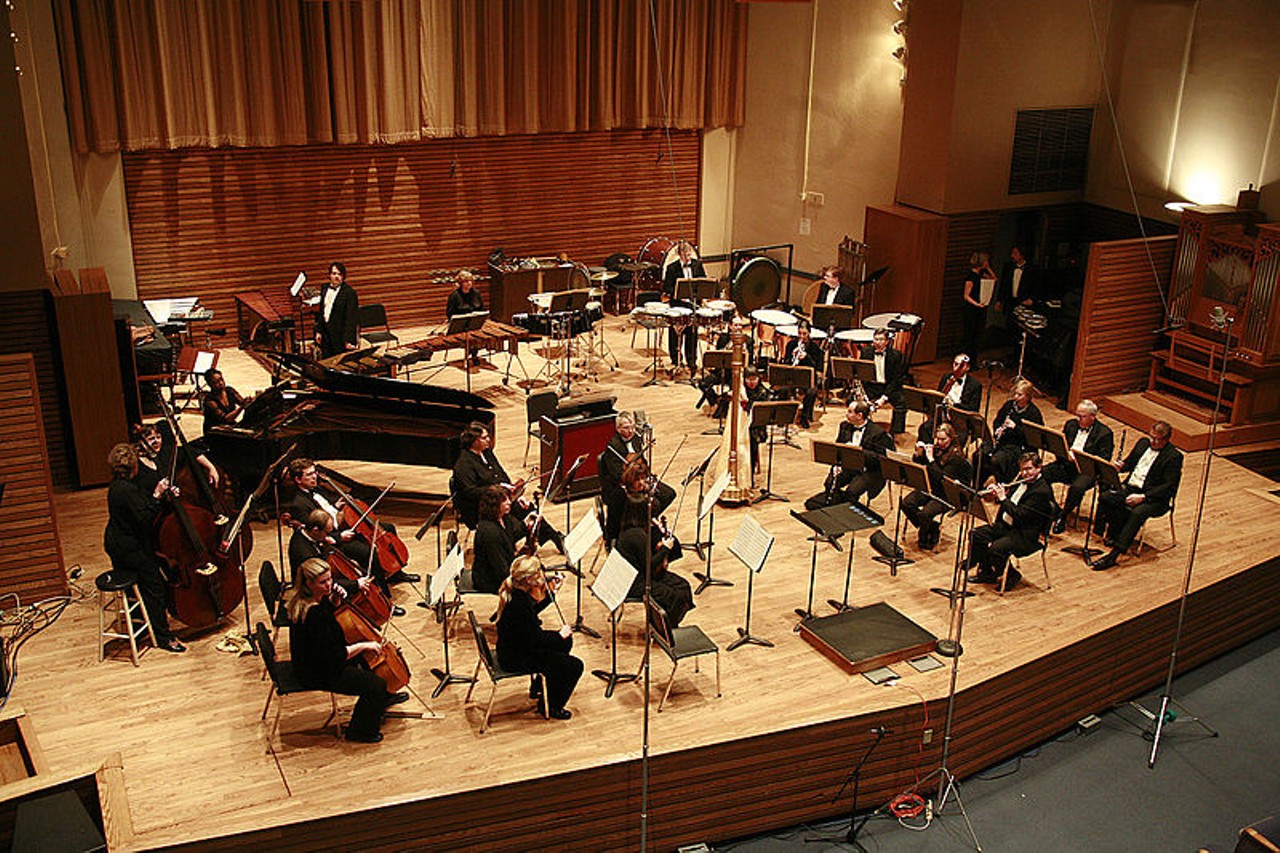 Photo via Wikipedia
This is the inaugural year of NEOSonicFest, a new music festival of contemporary classical works presented by the Grammy Award-winning Cleveland Chamber Symphony. The festival features six performances in various venues around Cleveland. Tonight, the Cleveland Chamber Symphony kicks off the event with a tribute to former artistic director Ed London who passed away last year. It will perform two London pieces, Melodrama and Federico’s Follies. Also, The Edmund Fitzgerald, a new piece by Geoffrey Patterson that features pianist Nicholas Underhill and Verb Ballets, will have its premier. The show starts at 7:30 p.m. at Cleveland State University’s Drinko Hall. Admission is free, but a $10 donation is suggested. (Gonzalez)

Photo via Facebook
Ten-time Grammy-winning vocalist Bobby McFerrin may be best known for his hit, “Don’t Worry, Be Happy,” but his range and capabilities as singer and performer go far beyond. The virtuosic vocalist has the ability to emulate multiple voices at the same time. These talents led to his groundbreaking 1984 album The Voice, which featured no accompaniment or overdubbing. Lately, McFerrin partakes in science lectures about the brain’s understanding of music. Tonight’s performance is partially a fundraiser for the Excellence In Music scholarship program in conjunction with Tri-C, and a portion of the proceeds goes to the program. The show starts tonight at 8 at the Ohio Theatre and tickets are $20 to $50. (Stoops) 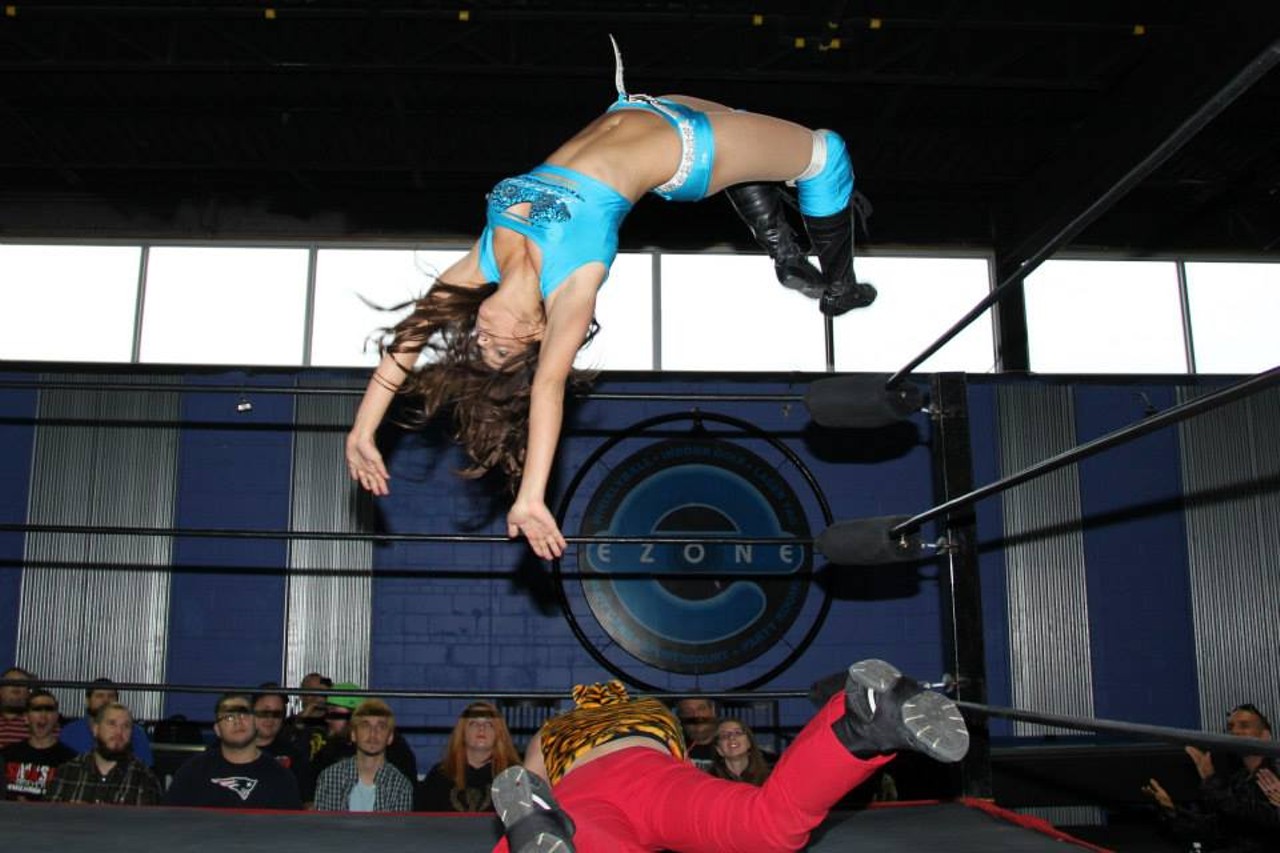 Photo via Facebook
The ladies of Absolute Intense Wrestling will duke it out at Turners Hall for two brutal events (which means blood— so, this probably isn't the best event for queasy people). These fighters are tough, strong ladies that aren't afraid of punches or body slams. Girls Night Out 11 begins at 3 p.m., and Girls Night Out 12 begins directly after. Tickets are $20 per show. (Nickoloff) 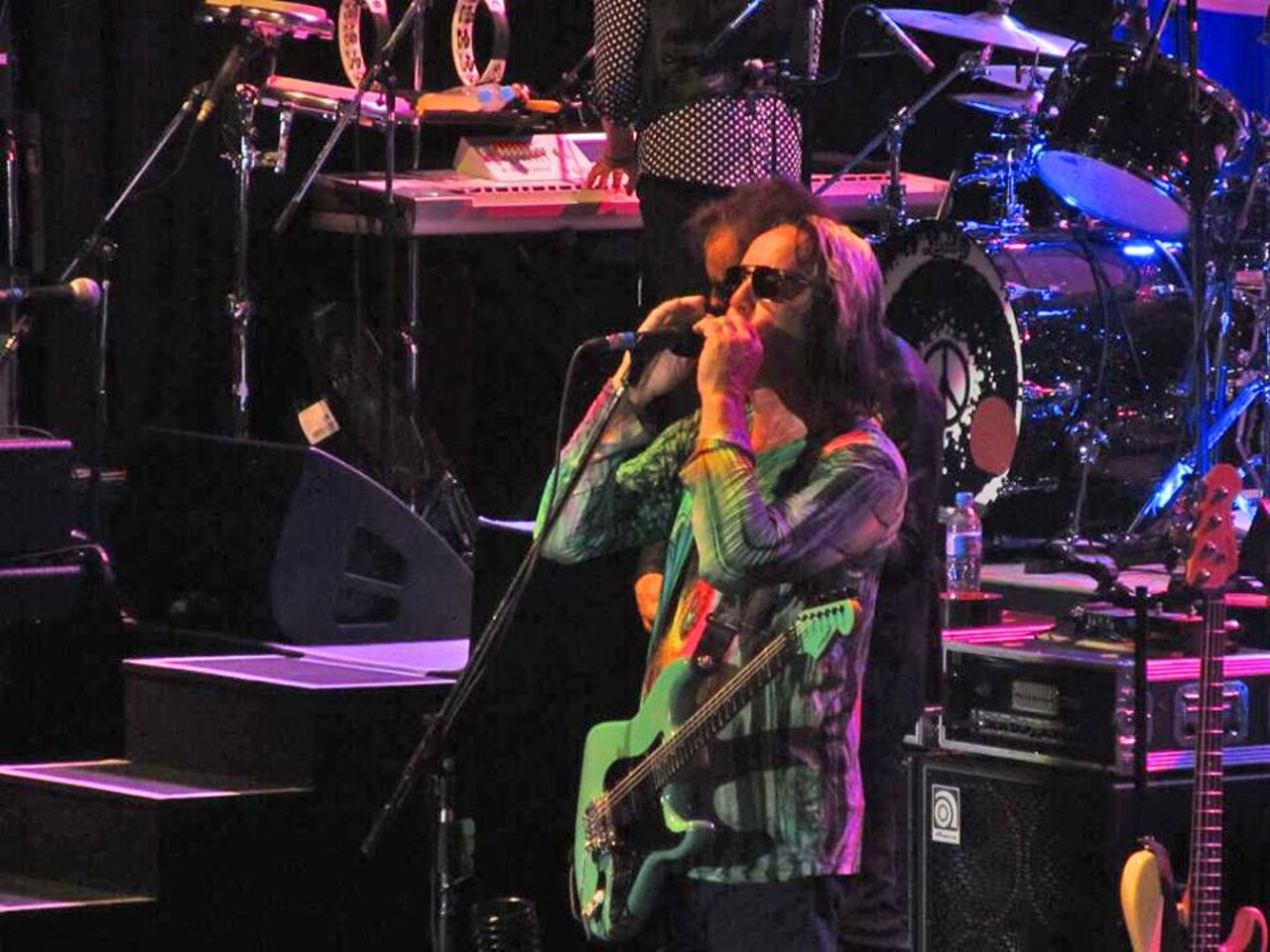 Photo via Facebook
Classic rocker Todd Rundgren has been popular in these parts throughout his entire career. Even when the singer-guitarist released weirdly conceptual albums such as 1973’s A Wizard/A True Star, he could still count on Cleveland fans to care. Rundgren, who just played in town at the end of the last year when he held down a two-night stand at the Agora, has a reputation as a consummate producer (he’s the guy turning knobs on albums such as Meat Loaf’s Bat Out of Hell and XTC’s Skylarking) and has enough hits in his own catalog (recognizable tunes include the poppy “Hello It’s Me” and the sporting event anthem “Bang the Drum All Day”) to keep more conservative classic rock fans happy. 8 p.m., $27.50-$59.50. Hard Rock Rocksino.

Photo via Facebook
The perennial Pink Floyd tribute band, Wish You Were Here, shares a few members with this longtime Grateful Dead cover band. Sugar Magnolia brings the full Jerry Garcia-led effect to Northeast Ohio and beyond several times each year, giving fans intimate and rare engagements since forming in 1995. “We’re doing it because we love playing the music and sharing it with the fans,” says singer-bassist Eroc Sosinski. “The guys in the bands are fans themselves, so it was a natural outlet following Garcia’s death. For the band — and many others on tour these days — maintaining the Dead’s grassroots spirit and dazzling musicianship is an inspirational core.” A hallmark of the Grateful Dead was the band’s ability to cultivate a tight-knit symbiosis with fans and shine a light on the idea of the live performance as a source of energy. Sugar Magnolia makes sure that people remember those fundamentals and have a good time gettin’ down while doing so. Tonight’s show will no doubt accomplish all of the above. 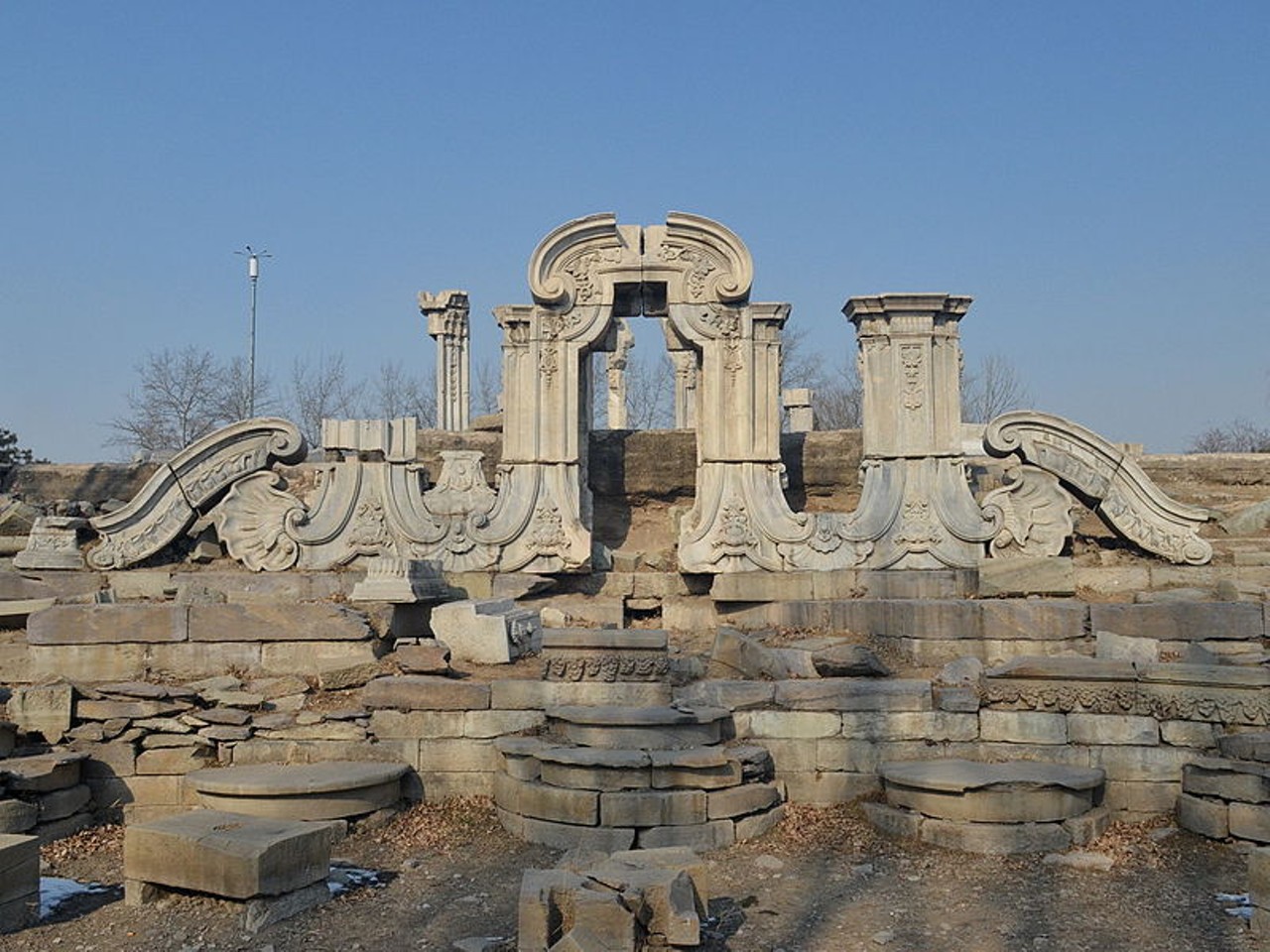 Photo via Wikipedia
Today, the Cleveland Museum of Art opens Beijing: Contemporary and Imperial: Photographs by Lois Conner. The project focuses on Yuanming Yuan, also known as the Garden of Perfect Brightness. Once the cultural center of the Chinese empire, the garden was under construction from the 1690s to 1860, and fostered a huge sense of creativity and poetic imagination. It was ransacked by an Ango-French expedition in October, 1860, and today it stands as China’s national ruin, symbolic of the country’s decline and inspiration to dreams of revitalization. Conner captures this beautifully against the backdrop of bustling modern Beijing. The museum is open from 10 a.m. to 5 p.m. today and the exhibit runs through June 29. (Trenholme) 11150 East Blvd., 216-421-7350, clevelandart.org. 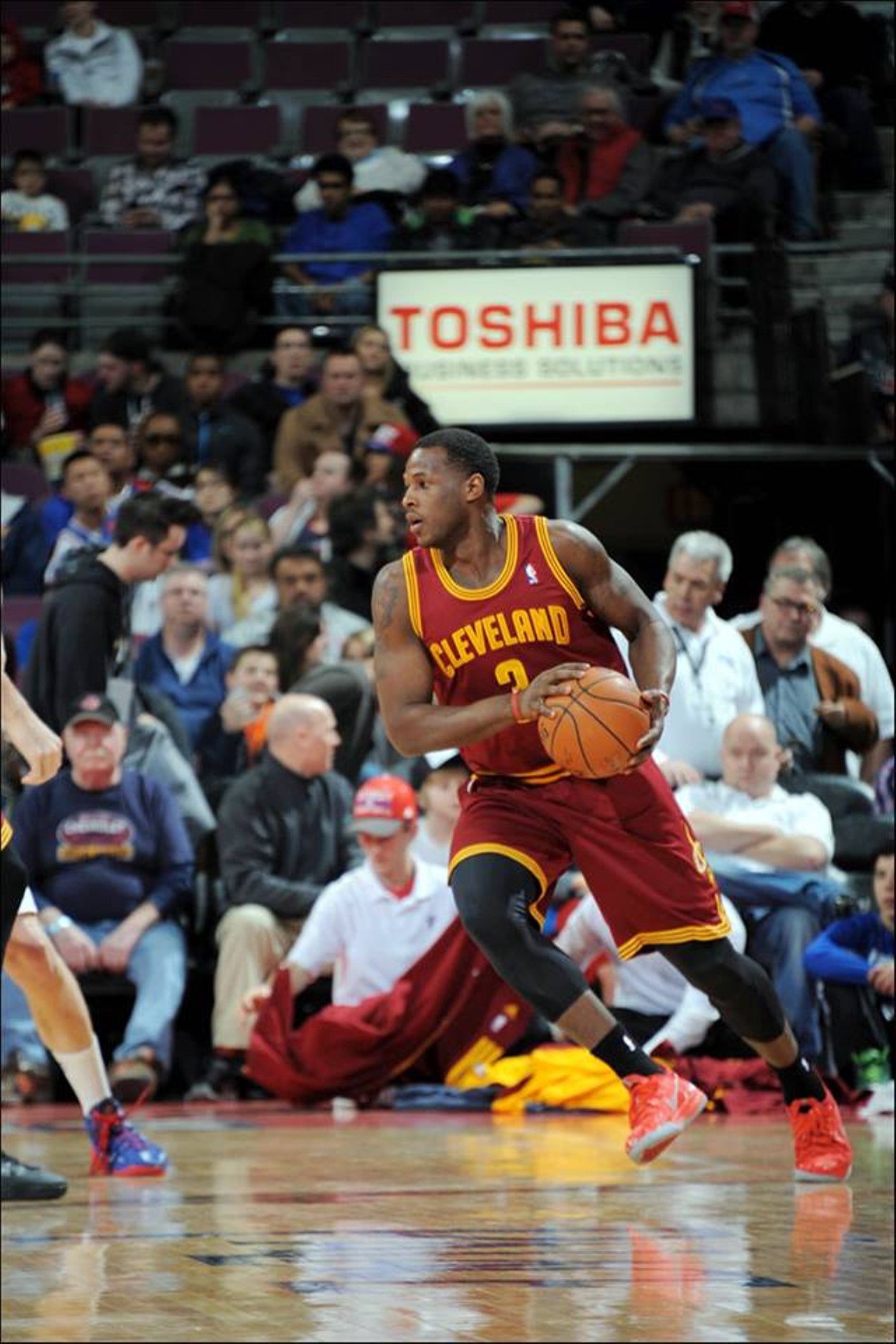 Photo via Facebook
Though the NCAA tournament has been blistering along with considerably more excitement than the NBA (or at least the league’s abysmal Eastern Conference), the season is nearly over for the Cavaliers. If you plan on paying your respects one more time, why not make it on an evening when they play the conference’s best team? The Pacers — for those are the Cavs’ foes tonight — have played such consistent basketball all year. It’ll be a treat to see their defensive grit on display. Kyrie’s still out with an injured biceps, but Dion Waiters and Jarrett Jack have both played well in the All-Star MVP’s absence. Heck, maybe even “sharp shooter” rookie Sergey Karasev will get some experimental minutes. Tipoff’s at 3 p.m. at the Q. Tickets start at $10. (Allard) 1 Center Ct., 216-420-2000, theqarena.com. 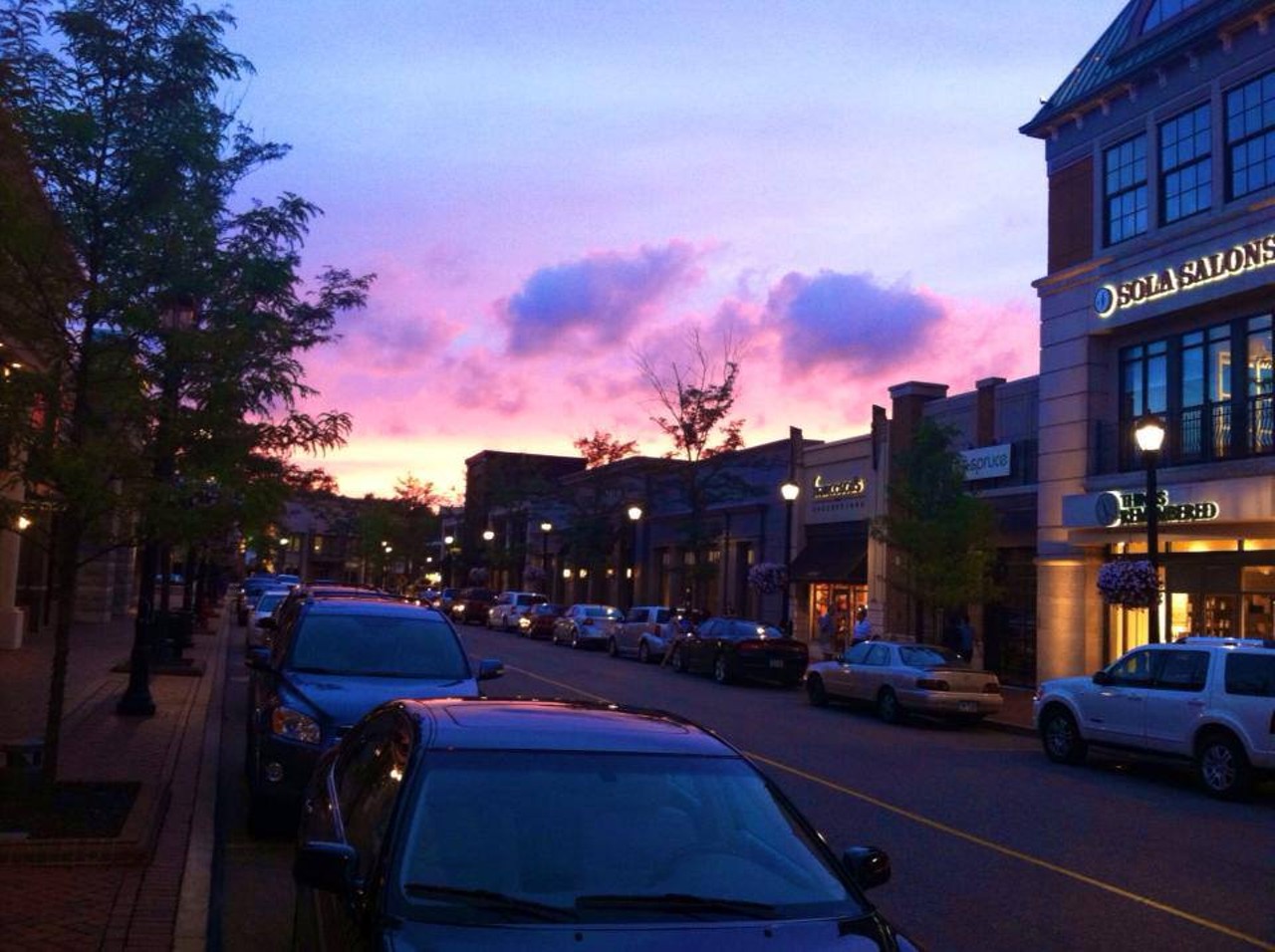 Photo via Facebook
Sunday, March 30 is the last day of Legacy Village's restaurant week, which offers deals at Legacy Village restaurants. The meal deal offers price fixed three-course dinner menus for $20.14 per person (but don't forget to tip). And when you're done eating all that grub, you can work off some of the calories by exploring the outdoor mall. (Nickoloff)