10 Things Going on in Cleveland this Weekend (November 22-24) 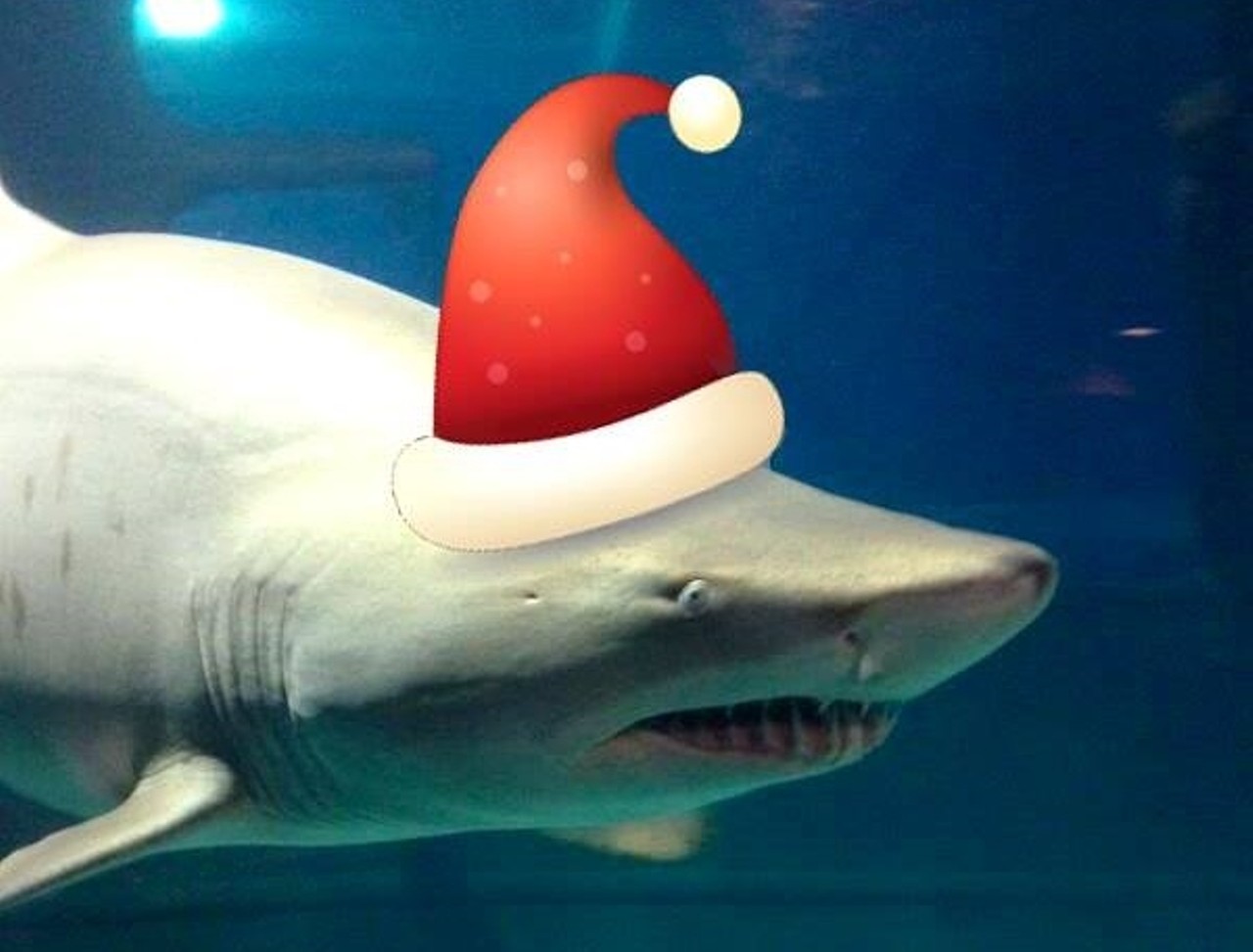 Photo Courtesy of I-X Christmas Connection, Facebook
Want to knock out all of your Christmas shopping in one fell swoop? Then mark your calender for the I-X Christmas Connection, Cleveland's exuberant Christmas show. It takes place today and continues through Sunday at the I-X Center. With more than 600 vendor booths, free gift wrapping, live music and a Christmas wine cellar, this one-stop shop will have you singing Christmas carols all the way home. Bring the kids and let them get their picture with Santa. Plus, for $19 per person ($11 for kids), you can have breakfast with the Clauses. General admission tickets cost $10.99, and hours of operation are 10 a.m. to 8 p.m. today and tomorrow and 10 a.m. to 4 p.m. on Sunday. For more information and a complete list of participating vendors and musical acts, visit the I-X Center website. (McConnell)

Photo Courtesy of Flickr Creative Commons
If you haven't made it out to the annual Microbrew Extravaganza in the past 15 years, make sure you put it on your calendar this year. Tonight's event kicks off at 6:30 with a "Hoppy Hour," during which attendees can sample their way through an array of beers while conversing with featured microbrewery owners and operators. At 7:30 p.m., additional ales, lagers, porters, stouts and holiday brews from well-known local breweries like Fat Head's Brewery & Saloon, Great Lakes Brewing Company and Rocky River Brewing Co., will be be served, as will a whole spread of pub-inspired fare. For $60 in advance (or $70 at the door,) you can drink and eat to you heart's content, all while listening to the music of Abby Normal and the Detroit Lean, who'll perform live. Call 216-707-3451 for ticket sales and additional information. (McConnell)

Photo Courtesy of the Cleveland Scene Archives
The Dream Syndicate singer-guitarist Steve Wynn discovered punk rock and garage rock when he was in college. So when he came back home to Los Angeles, he decided to form a band that would combine those two loves. “I had this music in my head that no one else was doing, which was this mixture of punk and garage rock and drone,” he says. “I always said if someone would have been making the music I wanted to hear, I wouldn’t have formed the band. We filled the void for our own amusement.” Sounding like a cross between the Velvet Underground and Television, the band’s 1982 debut, Days of Wine and Roses, resonated with rock critics and fanatics alike. The band would eventually sign with a major label before calling it quits in 1988. “When the band broke up in the first place, it wasn’t because I didn’t like the people or didn’t like the music or didn’t like what we had done," he says. "It was just because I wanted to do other things.” Wynn says he put the band back together so that those who are too young to have heard it in the first place will have a chance to experience it. “When the band was around the first time, we began with a very specific type of music,” he says. “We wanted to grow and evolve and reach new people and see how far we could stretch things. The great thing now is that we don’t need to do any of that. We are a museum piece. We don’t need to be anything but the Dream Syndicate. Every song we play is from 1982 to 1988, and it’s great to do it that way. It gives us great focus and we can use that narrow idea and just blow it apart every night.” (Jeff Niesel) $22 ADV, $25 DOS

Photo Courtesy of Gordon Square Farmer's Market, Facebook
To help kick off your Thanksgiving, Gordon Square Farmers Market is hosting a special Harvest Market. On the menu is music by the local band Front Porch, and more than 20 vendors will offer food, drink and arts. Reps from the Ohio City restaurant Toast will give a Thanksgiving chef demo to help you prepare an amazing dinner. Great for families or those just looking for fun holiday-oriented happenings, the Harvest Market has everything from add-ons for your T-Day dinner to fresh, local produce for the week. Be sure to purchase a raffle ticket to win a heritage turkey or a smoked meat basket. If you're not the gambling type, the West Side Market's Fresh Butcher Deli Cafe will be there. To pre-order your bird email [email protected] or pick up an order form from Gypsy Bean on West 65th Street and Detroit. The festivities run today from 10 a.m. to 1 p.m. (Patrick Stoops) 6415 West Clinton Ave., 330-256-6641, facebook.com/gordonsquaremarket.

Photo Courtesy of Beachwood Place, Facebook
Shoppers at Beachwood Place will have the opportunity to give back while doing what they love. The Compassion from Fashion night is dedicated to the support of Northeast Ohio charities and will include retailer discounts, a live fashion show and more. The event will be held from 5 to 9 tonight. All the proceeds benefit the Gathering Place, a community-based cancer support center with two Northeast Ohio locations, and University Hospitals Rainbow Babies & Children’s Hospital. Allan Fee and Katherine Boyd from Q104’s Fee’s Kompany will host the event, and shoppers will have the opportunity to see a host of local celebrities, including two of Cosmopolitan magazine’s “Hottest Bachelors of the Year.” Professional models from the Docherty Modeling and Talent Agency will showcase the mall’s hottest fashions during an exciting live runway fashion show. Tickets are $25 in advance, and $30 at the door. (Rus) 26300 Cedar Rd., 216-464-3698, beachwoodplace.com/compassion-from-fashion.

Photo Courtesy of the Greater Cleveland Aquarium, Facebook
Great Lakes Christmas Ale is the king of all Christmas ales. But plenty of craft breweries offer their own take on the frothy beverage. Local breweries such as Buckeye, Fat Head's, Hoppin’ Frog and Thirsty Dog all make Christmas ales that are every bit as tasty and potent. Those beers, along with a few select Christmas ales from around the globe, will be served tonight at the Greater Cleveland Aquarium’s Underwater Tasting Adventure. Paid admission includes a souvenir tasting glass, 25 drink tickets, appetizers, and other “holiday surprises.” The event starts at 7 p.m. and tickets are $35. (Niesel)

Photo Courtesy of Ryan Dalton, Facebook
For our friends down south in the Akron/Canton area: If you’ve been jonesing for a way to rally for medical marijuana without actually, you know, rallying, and are deeply committed to the image of yourself as an apathetic nihilistic hipster or an apathetic workaholic with no time for issues, now’s your chance to go to a comedy show and accidentally raise awareness. Comedians Ryan Dalton, Tim Cornett, Willis Gordon and others will perform a free show at the Auricle in Canton. Representatives will ask you to consider signing petitions, but otherwise it’s just an evening of comedy (probably with some great pot brownie jokes). Comedians start spitting on the mic at 8 p.m. Doors are at 7:30. (Allard)

Photo Courtesy of Cleveland Playhouse
Since 1964, the Singing Angels has been one of the premiere youth choruses in the United States. The group features more than 250 children from all over northeast Ohio. In its lifetime, it's performed for presidents and popes; it's also performed in more than 35 foreign countries. The Singing Angels take the State Theatre stage today at 2 p.m. where they'll present a "greatest hits" of the past 50 holiday seasons. Tickets are $15 to $40. (Rus)

Photo Courtesy of the Cleveland Browns, Website
The weather will be chilly, but a game against the Steelers is worth sitting through gale-force winds, torrential downpours or blizzard conditions, especially when Big Ben and the black-and-gold look so shitty. The Browns, on the backs of Jason Campbell, Josh Gordon, Jordon Cameron and electric defensive play, will continue to compete for the top spot in the AFC North. Haslam & Co. have recently announced that First Energy Stadium will upgrade the scoreboards and the escalators in 2015, but improving the fan experience is only the second part of Haslam's leadership plan. The first: winning a lot of games over a long period of time. It's refreshing — even if we're not necessarily going to the Super Bowl — to be playing meaningful games at the end of November. It's a 1 p.m kickoff, so feel free to start tailgating at the crack of dawn in the muni lots. Tickets start at $25 but scalpers might be your best bet. At press time, the game was nearly sold out. (Allard)