10 Things Going on in Cleveland this Weekend (November 8-10) 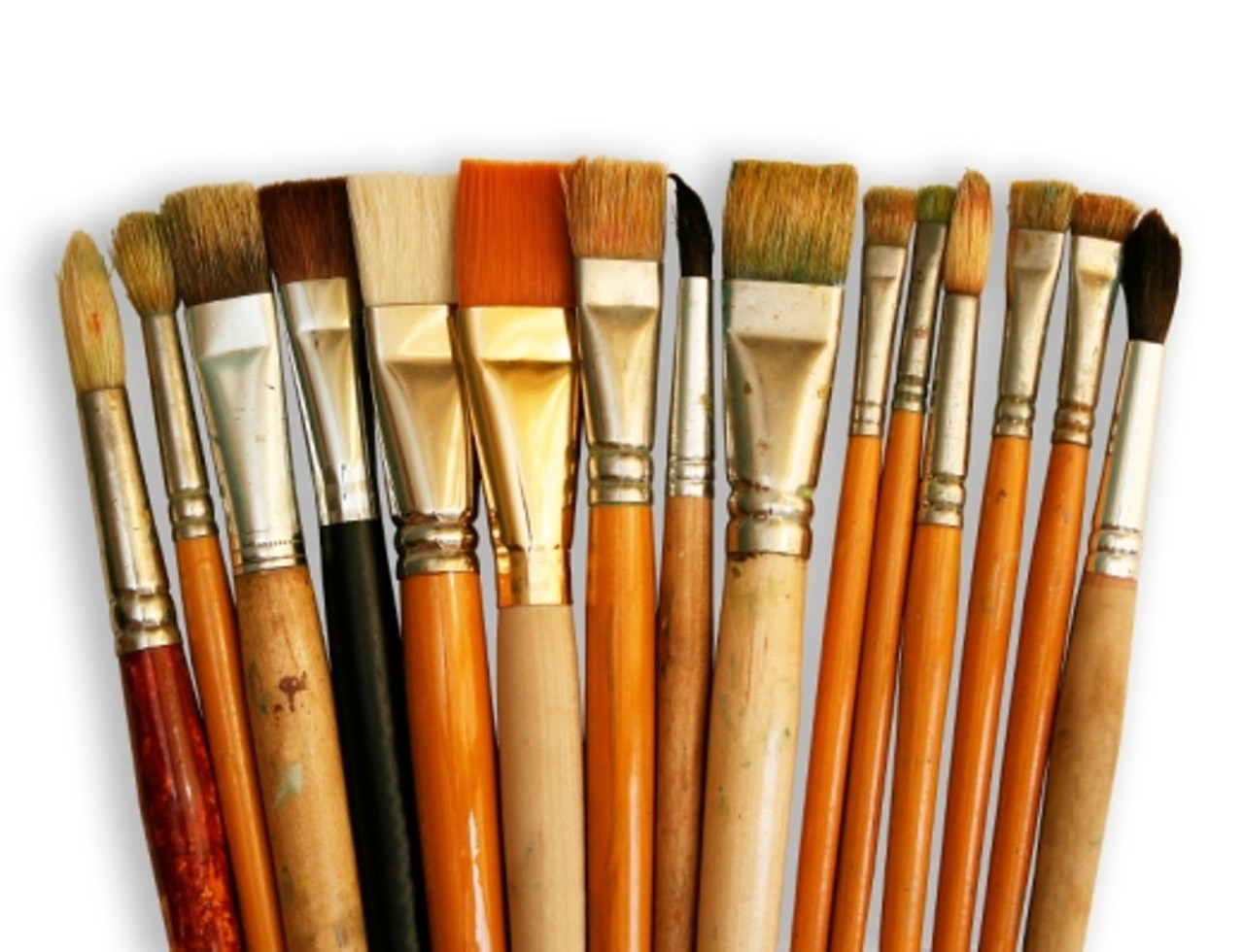 The Valley Art Center in Chagrin Falls will open its doors today at 5 p.m. for an evening of unique artwork, demonstrations and light refreshments at the Bell Street Fall ArtWalk. Local artists will set up display tables and have work available for purchase. All ArtWalk attendees will receive a raffle entry form upon arrival, and with each ArtWalk purchase at the art center or any neighboring ArtWalk shops, shoppers will receive an additional entry form. At the end of the night, there will be a raffle drawing of fine art from one of the participating artists. The event takes place from 5 to 9 p.m. (Cecily Rus)

The 2013 Fabulous Food Show takes Cleveland by storm this weekend with back-to-back tastings, demonstrations and, of course, the highly anticipated Cleveland Culinary Awards Gala, slated for 6:30 tonight at the I-X Grand Center Ballroom and requiring a separate $175 ticket. Join celebrity chefs like Alex Guarnaschelli, Marcus Samuelsson, Hugh Acheson, and Jason Roberts for hors d'oeuvres and an elegant four-course dinner made from local ingredients and expertly paired with craft beers and wines. After dinner, watch as members of Cleveland's very own food scene are presented with awards such as the Cleveland Culinary Ambassador Award, the Beverage Trailblazer Award, and the Restaurant Vanguard Award. General admission tickets for the food show cost $25 and may be purchased online. Hours are 10 a.m. to 6 p.m. today, tomorrow and Sunday. (Alaina McConnell) The writings of Edgar Allan Poe don't exactly lend themselves to rock musicals. But that didn't stop the folks at Shadowbox, a Columbus-based theater company, from composing The Masque: The Stories of Edgar Allan Poe. Tonight at 8 at the Breen Center for the Performing Arts, that original score will be performed live during a full-length rock ballet featuring the local dance troupe Verb Ballets. The ballet will tell the story of Poe's creepy The Masque of the Red Death, which will form the overarching story. Expect to see references to Poe's other famous short works, including The Fall of the House of Usher, The Bells and The Raven. Tickets are $23 to $28. (Jeff Niesel)

Photo Courtesy of Instagram
Join Debonne Vineyards, Ferrante Winery, Grand River Cellars, Laurello Vineyards and St. Joseph Vineyard for a day of wine and food tastings from noon to 5 p.m. Let the experts help you decide which wines to serve at your Thanksgiving dinner. Each winery will present fine wine and gourmet food pairings to inspire you for the upcoming holiday. No reservations are necessary. The cost is $5 at each winery, but receive $1 off your ticket price with the donation of a canned food item. The donations will go to local food banks. (Cecily Rus)

Folks, it surprises me just as much as it probably surprises you, but the Cinematheque screens a lot more than just old, obscure French minimalist movies. I know. Unreal. But in fact, it’s one of the only venues in town — probably the only venue — that screens recent foreign and indie releases that either never broached the Cleveland market or came and went quickly at the Cedar Lee. Tonight at 9:25 and tomorrow at 6:30 p.m., one such indie gem visits the Cinematheque: David Gordon Green’s Prince Avalanche. If you were familiar with Green before his Your Highness-ish low-comedy debacles, you know that he was an expert in small town, small-scale storytelling. His early films (George Washington, All the Real Girls) are exquisite little movies. Prince Avalanche signals a return to those early impulses. He’s got bigger names here, but the story’s simple enough: two highway workers (Paul Rudd, Emile Hirsch) in the summer of 1988 find themselves at odds. Boom. Let the landscape and the dialogue fill in the holes. Tickets are $9. (Sam Allard)

Plenty of artists would object to performing at an event devoted to sampling exotic beers from around the world. Not G. Love, who plays a “concert in the kitchen” at the International Beer Fest Grand Tasting Session at the I-X Center. The singer-songwriter is a self-professed foodie and sells his own barbecue sauce (his backing band is called Special Sauce and he had a hit with a song called "Cold Beverages"), and his name is attached to a special brew dubbed Peach Porch Lounger. “I’ll drink anything if you put it in front of me,” says Love. “I love a good craft beer. [I had] fun going out to the brewery and sampling lots of stuff and we sampled like 20 different beers. We wanted to make a beer that represents the music, so we put malted biscuit powder and molasses and peach extract in it and it was really something.” Love played in Cleveland earlier this year but without a new album to promote, he hasn’t hit the road as much as usual, though he just returned from playing a few shows in Fiji where he had some time to hit the waves and surf alongside champion surfer Kelly Slater. “ It’s been a great year,” he says, adding that he’s finished recording a new studio album that he’ll promote with a tour next year. “These are always fun years because you’re not out promoting a certain batch of songs, and you can mix it up and try a lot of new stuff and play a lot of old stuff. I like those kind of years even though they’re not as busy as a record release year.” (Jeff Niesel)

Photo Courtesy of Bite Buff, UrbanSpoon
Four years ago, local indie rock aficionado Jason Burchaski decided to celebrate his birthday with a benefit concert at the Happy Dog. So he recruited a few of the city's best bands and donated the proceeds to Second Hand Mutts, the self-proclaimed "cage-free and friendly dog adoption center." For this year's event, dubbed Gimme Shelter, he's booked G.S. Harper, Nicky English and the Hedgehog's Dilemma. The concert starts at 9 p.m., and tickets are $5. (Jeff Niesel)

Back in 2006, then-Rock and Roll Hall of Fame and Museum CEO Terry Stewart asked the Hesitations, a terrific old Cleveland soul group, to reunite for a gig at the museum. The band’s been playing steadily ever since and sounds as sharp as ever. The Hesitations' roots go back to the mid-'60s, when they recorded R&B hits like "Soul Superman," "Born Free," and "Climb Every Mountain." In their heyday, they mixed up R&B, gospel and soul and still take that approach. They don't play out much anymore so catching this show at Brothers should be a real treat. (Jeff Niesel)

Some 20 years ago, comedian Jason Stuart came out of the closet on national TV before it was cool to come out of the closet on national TV. Didn’t even hurt his career. In fact, it might’ve helped. He’s played sold-out shows at mainstream comedy clubs ever since. His acting career has taken off too, and he’s just finished filming Love is Strange with John Lithgow, Marisa Tomei, Alfred Molina, and Cheyenne Jackson. He also has a part in the forthcoming James Franco flick Holy Land, and has finished up a web series about — no surprises here — the trials and tribulations of trying to find work in Hollywood as a gay actor. His standup material tends to center on gay stereotypes. He performs tonight and tomorrow night at the Funny Stop Comedy Club. (Jeff Niesel)

With a knack for harmony and the tightness of finger-pickin’ melody, Saintseneca brings a good deal of much-needed distinction to the folk/Americana scene. The band’s August 2011 album, still the hallmark of a tidily quaint catalog, is a powerful little thing. With aplomb, the musicians wind their way through a dynamic collection of tunes. The opening triumvirate, “Acid Rain,” “Blood Drawing,” and “Beasts” presents a nice cross-section of everything good in indie folk music these days. “Beasts,” in particular, showcases how a songwriter can balance strength on the back of solitude and quiet. “Shipwrecked” achieves a similar end, leading the listener on a bit of a voyage first. The whole album is great, and Saintseneca surely promises to bring a great show to Cleveland tonight. (Eric Sandy)