10 Things Going on in Cleveland this Weekend (October 11-13) 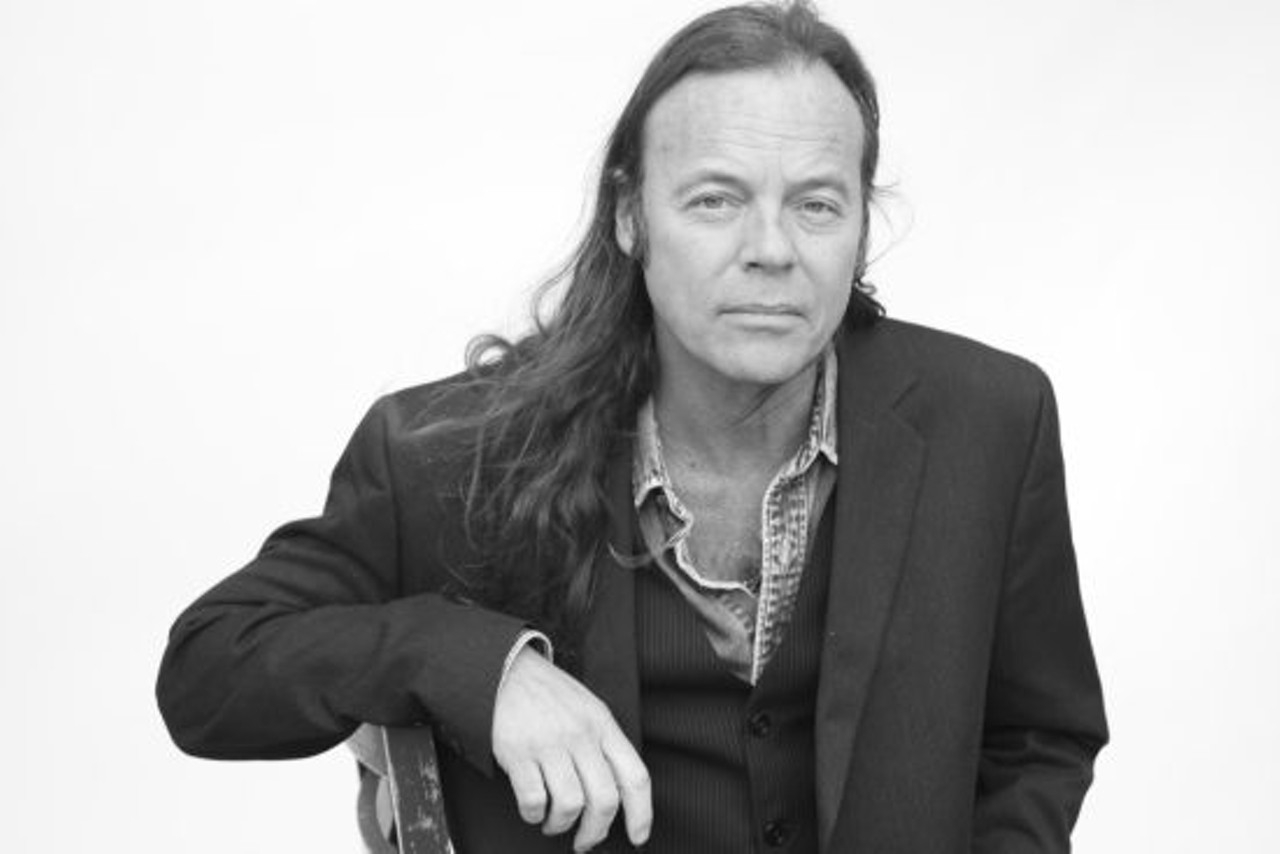 Photo Courtesy of Todd V. Wolfson for the Kevin Welch Website
A sensation in Texas, where he lives, singer-songwriter Kevin Welch doesn't often embark on extensive tours. He's just too busy working there, where he regularly plays and gives songwriting workshops. That makes tonight's appearance at Mechanic Street House, the Ohio City house that hosts livingroom concerts once a month, all the more appealing. Welch's baritone voice is well-suited to his alt-country songs about shitty hotels and life on the streets. The home's owners will serve soup and chili before the concert. The show starts at 8 and tickets are $20. Go to the Mechanic Street website to purchase tickets and get more details. (Niesel) 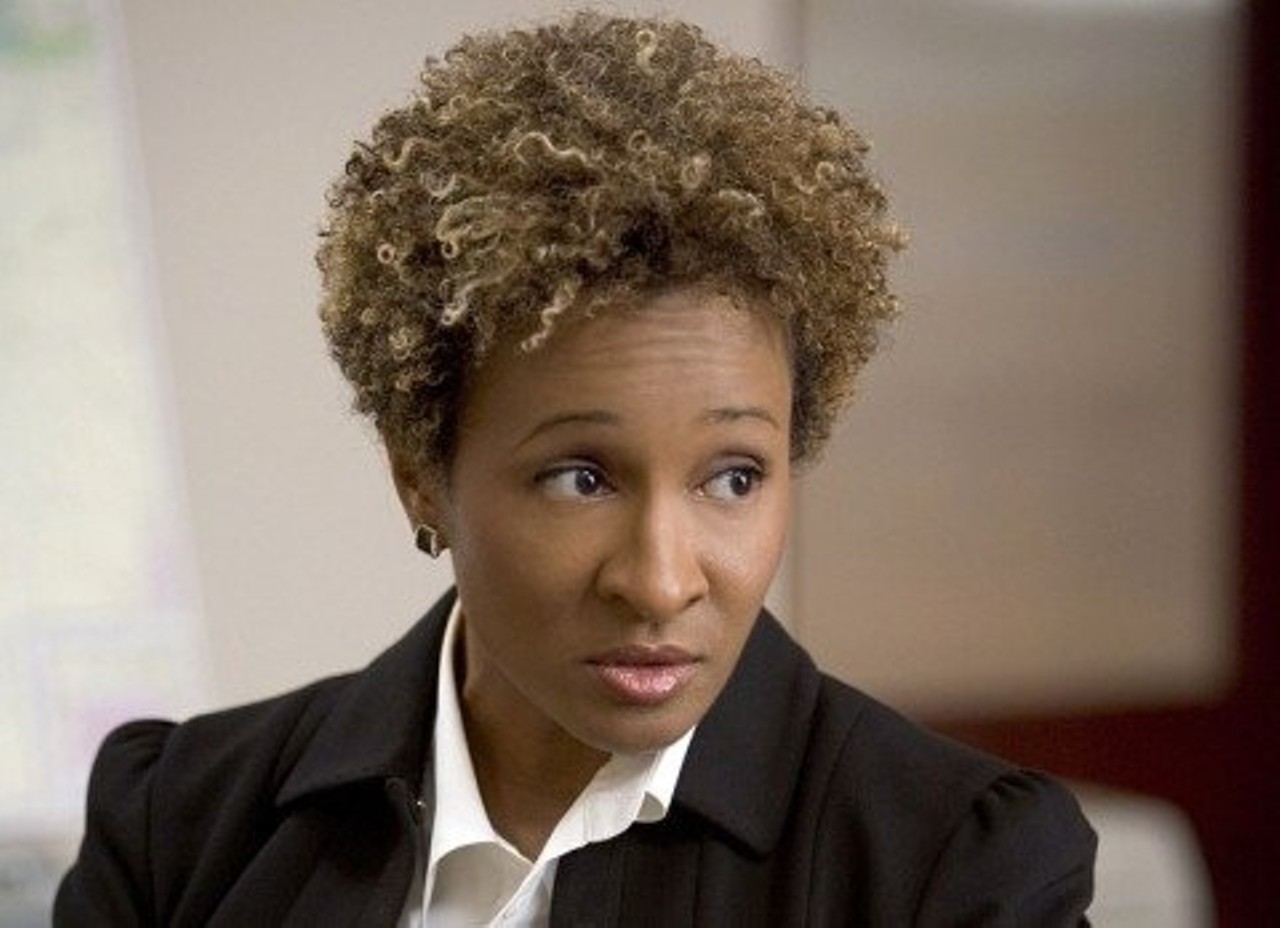 Photo Courtesy of Wanda Sykes, Facebook
If you don’t recognize Wanda Sykes from her stand-up comedy specials, then you may recognize her raspy voice from the crank call comedy show Crank Yankers or from animated films such as Ice Age: Continental Drift, Over the Hedge or Rio. A smart-witted, outspoken and opinionated comic, she’s won three Emmys over the course of her career. Sykes will probably let you know how she feels about the President, healthcare, her kids and much more. Sykes, who just issued her latest HBO comedy special on DVD, performs tonight at 8 p.m. at the Ohio Theatre. Tickets are $39-$99. (Aziza Doleh) 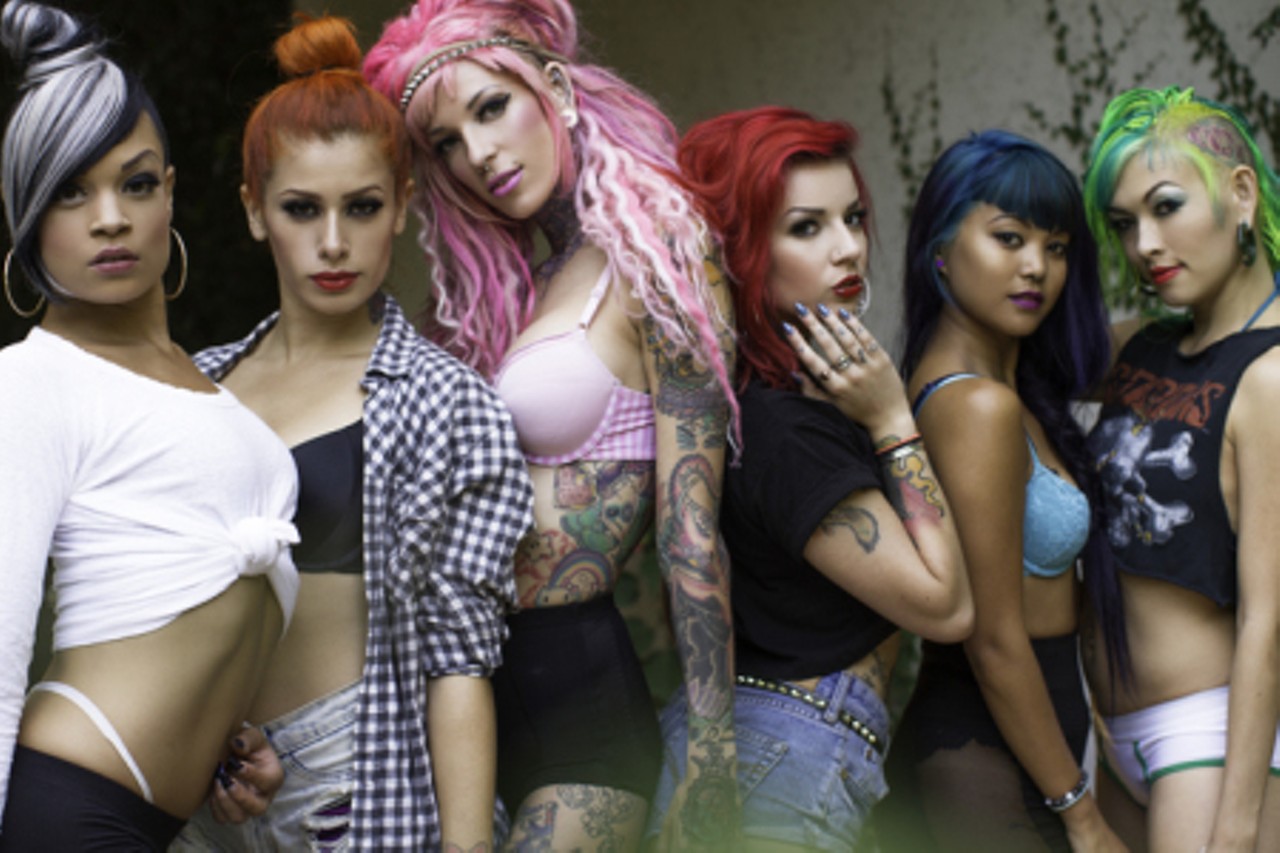 Photo Courtesy of the Suicide Girls
There’s burlesque and then there’s the Suicide Girls. A group of “badass bombshells and geek goddesses,” the troupe takes the art form to another level. Consider, for example, their current Blackheart Burlesque Tour that they’ve re-launched after a six-year hiatus. Instructor/dancer Manwe Sauls-Addison, who’s worked with world famous performers such as Beyonce, Jennifer Lopez and Lady Gaga, did the choreography and picked seven of the troupe’s best dancers for the tour. The show parodies contemporary pop culture and makes fun of everything from Game of Thrones to Dr. Who. It takes place at 8 tonight at House of Blues. Tickets are $20 advanced sale and $22 at the door. (Niesel) Photo Courtesy of Instagram User Jen Lang
A monthly outdoor flea market that doesn't require you drive out to the sticks, the Cleveland Flea has slowly picked up steam and become the go-to spot for Clevelanders looking for vintage clothing and affordable furniture. Held today from 9 a.m. until 4 p.m. at Sterle's, Cleveland Flea also gives local artists and artisans a chance to show off their wares. And Sterle's Bier Garden is always open if you're just looking to take in the vibe of the whole thing. (Niesel) Photo Courtesy of Flickr Creative Commons
Today from 11 a.m. to 4 p.m., you can join the faculty and students of the International Culinary Arts and Sciences Institute for the "Say Cheese" Food & Wine Festival, a $40 per person event celebrating the art of cheese-making. This interactive event will give attendees the opportunity to learn more about cheese through educational seminars, cooking and cheese-making demonstrations, sampling and wine pairing. Also, you can be a judge for the student mac and cheese and cheesecake competitions. Proceeds generate needed tuition resources for the ICASI Scholarship Fund, which helps provide scholarship funds to deserving students seeking a career in culinary or pastry arts. (Beudert) 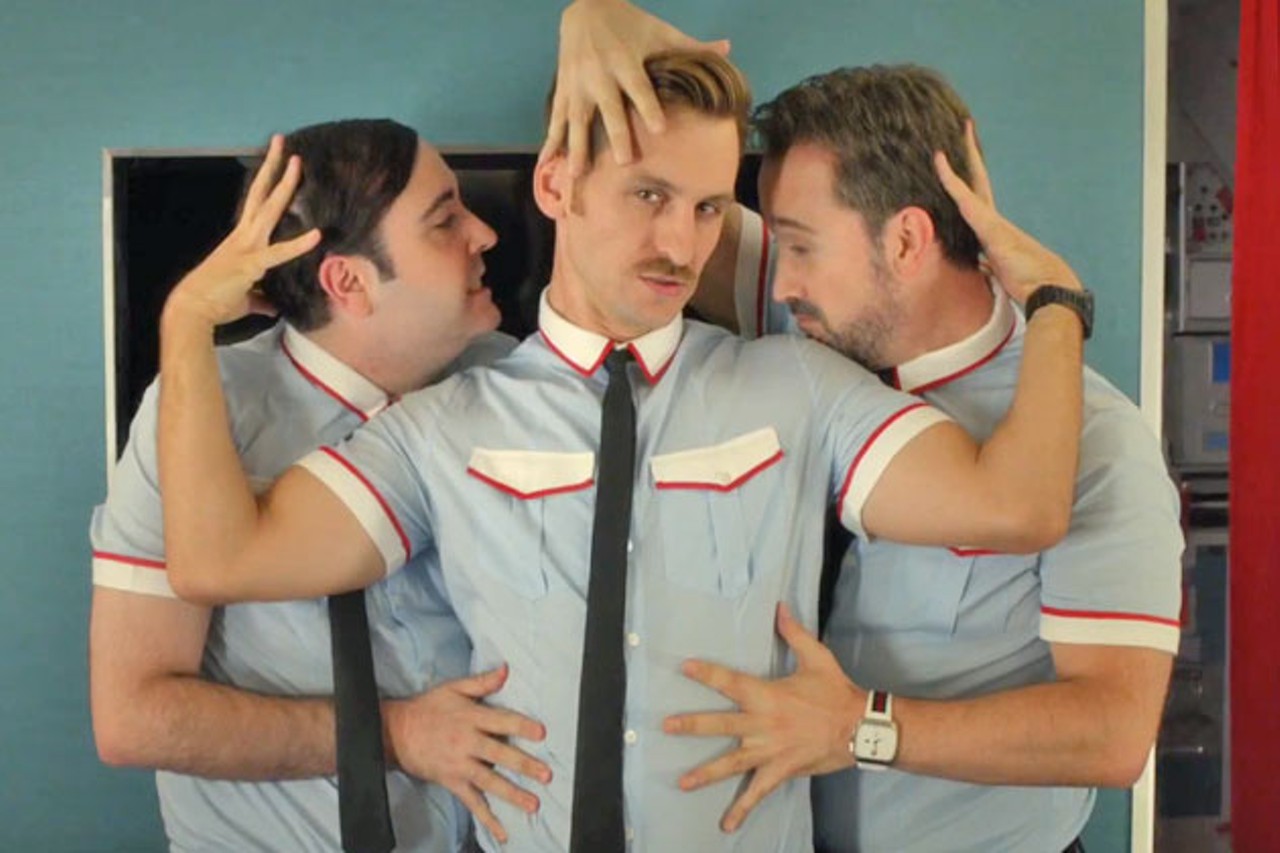 Photo Courtesy of IMDB
Spanish director Pedro Almodovar's career stretches back nearly 40 years. The guy made his first short film in 1974 and, much like Woody Allen, has been steady ever since. His latest effort, I'm So Excited, didn't exactly wow the critics when it came out over the summer. The plot centers on the reaction of a plane crew and passenger who panic when the landing gear becomes stuck. The funny film features a few Almodovar regulars (though not Antonio Banderas and Penelope Cruz, as originally planned). It shows at 7:35 tonight and at 4:15 p.m. tomorrow at the Cleveland Institute of Art Cinematheque. Tickets are $9. (Niesel) 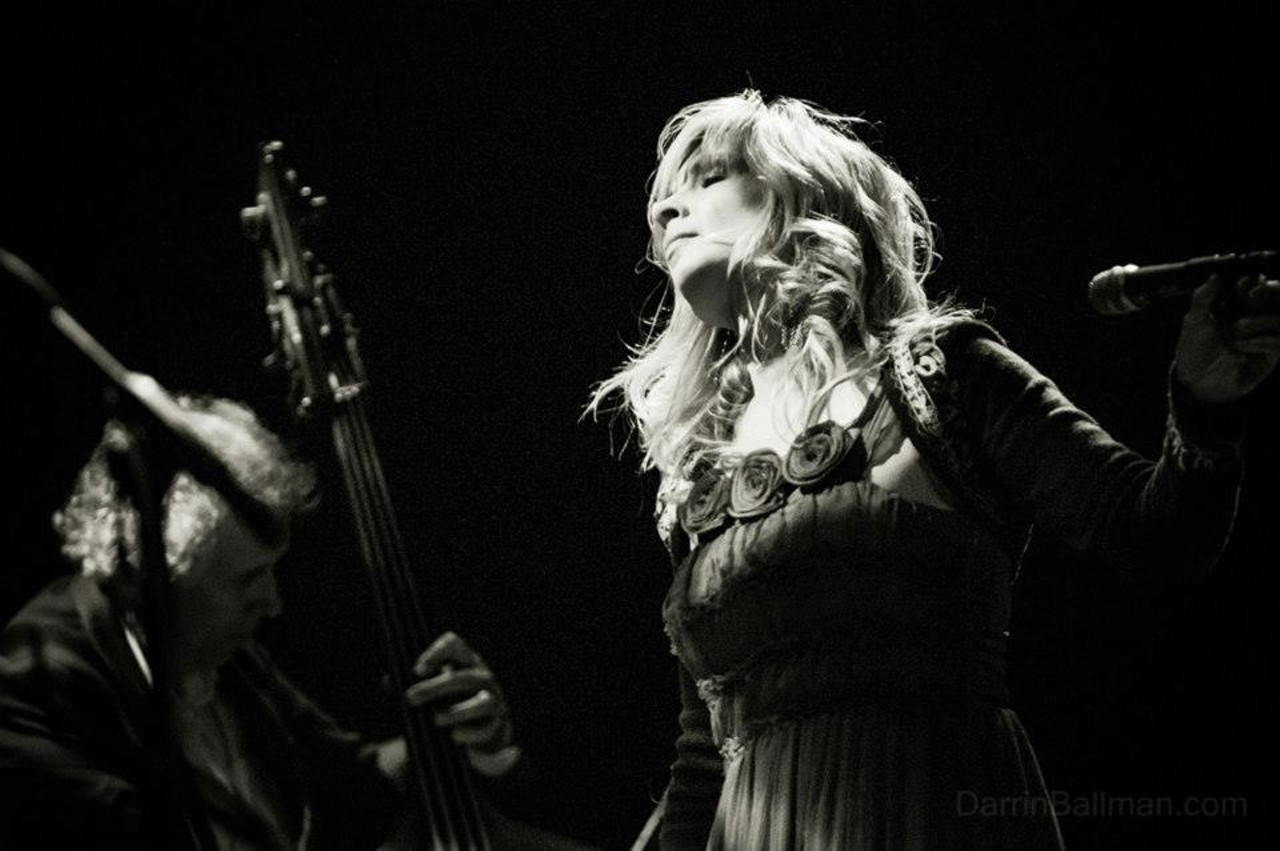 Photo Courtesy of Over the Rhine, Facebook
Cincinnati’s indie folk-rock act Over the Rhine first formed in 1989 and had a brief brush with stardom in the ’90s, when it signed to the I.R.S. imprint, the same label that launched the career of R.E.M. The band never broke through to the mainstream but it has delivered some solid albums. The Long Surrender, a terrific release that it recorded with Grammy-winning producer Joe Henry (Loudon Wainwright III, Ani DiFranco), features a guest appearance by Lucinda Williams. Henry even co-wrote two songs with the band. Opener Tift Merritt is a talented singer-songwriter who has had a terrific career ever since dropping her 2002 debut Bramble Rose, which drew comparisons to alt-country crooners like Iris DeMent. It even landed on many of that year's top ten lists, an impressive feat for an artist who was virtually unknown. Tickets are $20-$25, and the show starts at 8 p.m. on the Kent Stage. (Niesel) 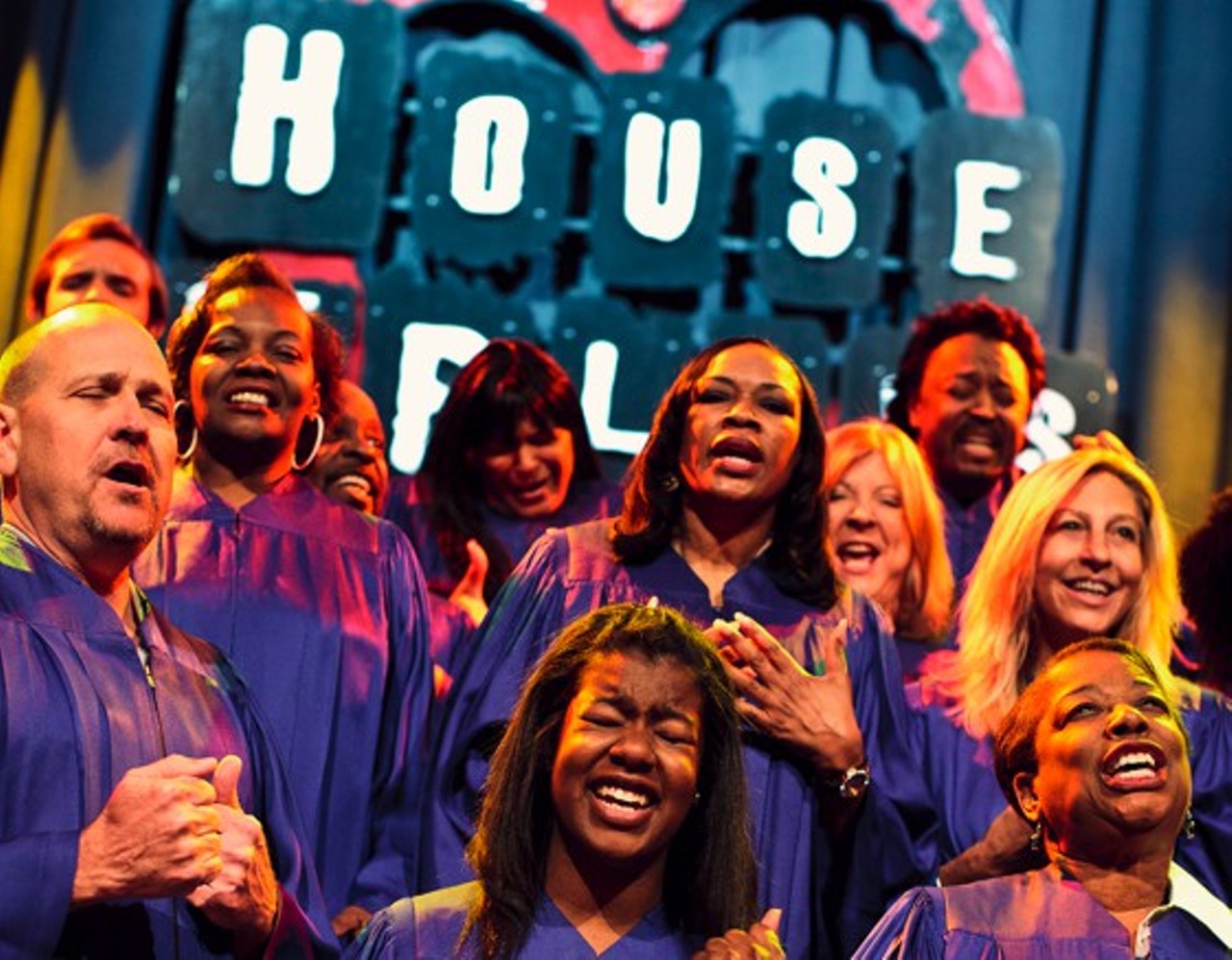 The monthly Gospel Brunch has been a spiritual Sunday staple for years at the House of Blues, but it recently added a new choreographer. Created by famed gospel singer Kirk Franklin, the reinvigorated show is better than ever. Starting at 11 a.m., the all-you-can-eat musical extravaganza features Southern classics like chicken jambalaya, biscuits and gravy, and chicken and waffles. Tickets range from $18 to $38. (Beudert) 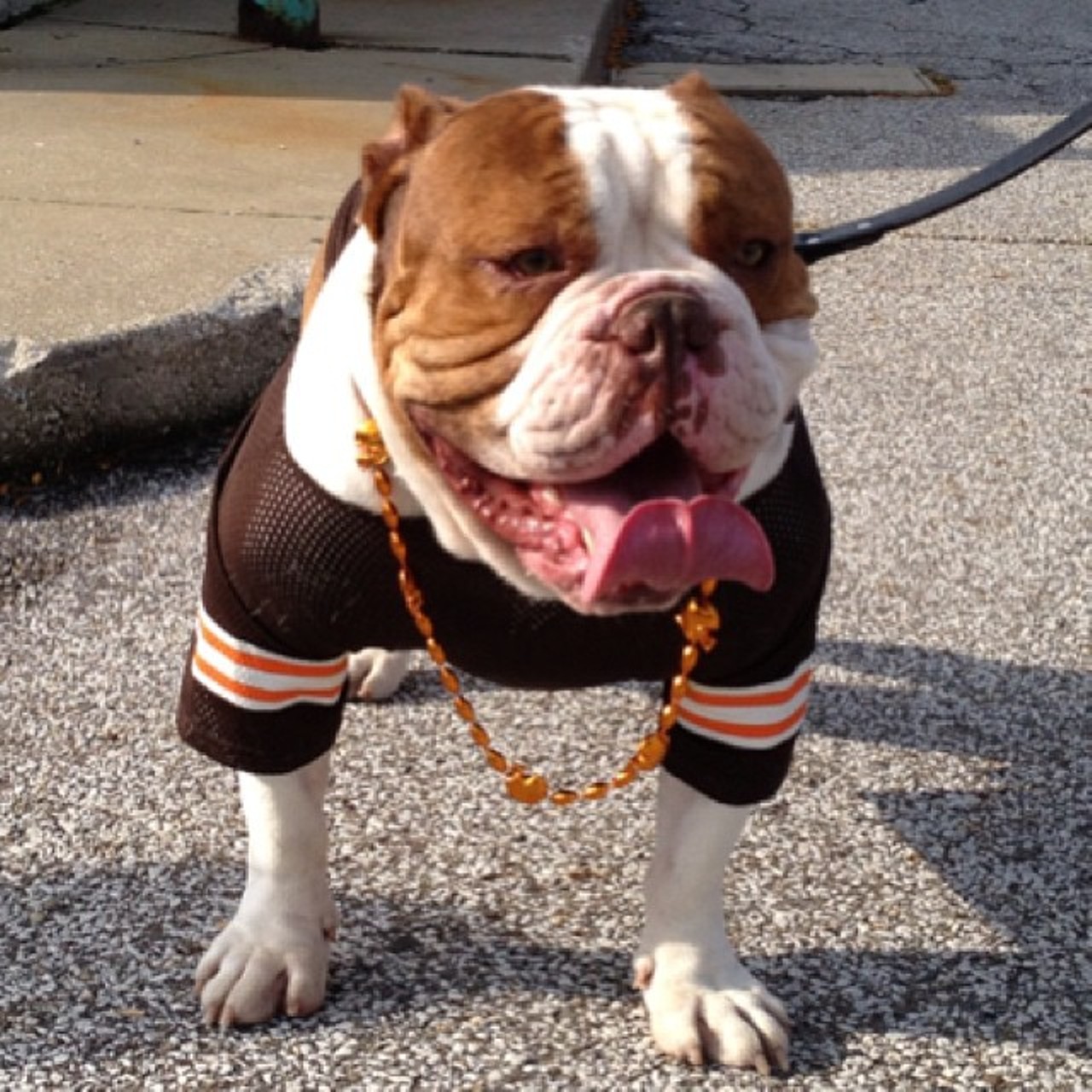 Photo Courtesy of Instagram User 216loyaltybully
The Brownies are now 3-0 since the ballyhooed trade of Trent Richardson and the rise and fall of hometown hero Brian Hoyer. Now, once again led by our favorite ginger, Brandon Weeden, not to mention the lockdown secondary (thanks Joe Haden!) and the eye-catching play of rookie Barkevious Mingo, these boys — for the first time in several years — are setting the benchmark higher than “barely watchable.” They’ll face a high-powered offense in the Lions this afternoon, and it should be a telling test for a grueling October and November schedule. Joe Haden held Bengals’ stud A.J. Green to 51 yards receiving two weeks ago. Let’s see how he stacks up against the league’s best wide out, Calvin Johnson (if he plays). Kickoff is at 1 p.m. and tickets are pricey. Tailgating in the Muni lots will be going on all morning. (Allard) 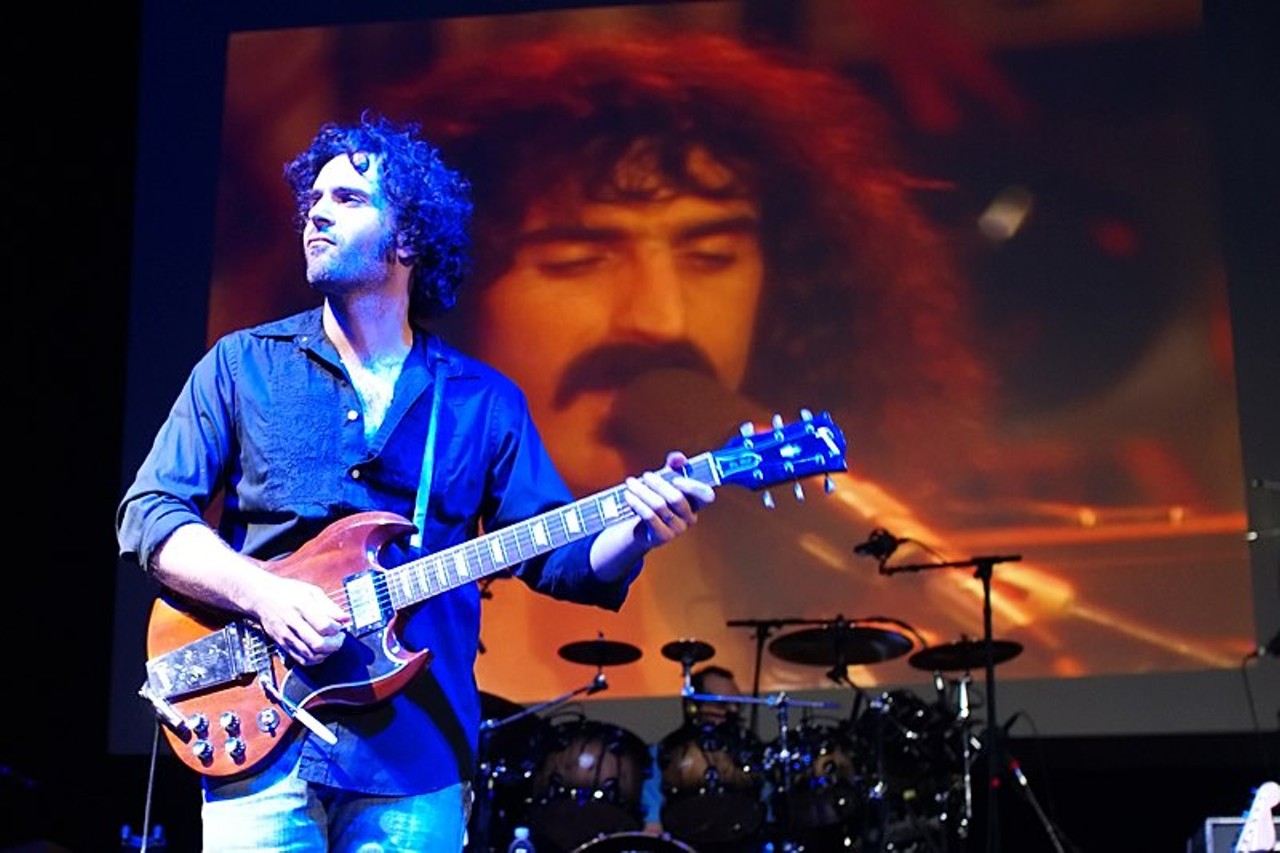 Photo Courtesy of Dweezil Zappa, Facebook
Frank Zappa remains among the most cherished composers and artists of the late 20th century. His legacy is strong and alluring. Dweezil Zappa, the late musician’s oldest son, has been carrying the torch since 2006, performing his father’s music with the same sorta zeal originally infused into the Zappa canon. Consistently ranked as one of the most exciting and entrancing live shows touring these days — among fans and the uninitiated alike — Zappa Plays Zappa is an absolutely force. It’s apparent that Dweezil cares about the music. Onstage, he takes his role as reverent conduit quite seriously. It also helps that he picked up more than a handful of his old man’s ridiculously talented genes. Tonight's show starts at 8 p.m. on the Kent Stage. Tickets are $28-$66. (Sandy)