10 Things Going on in Cleveland this Weekend (September 27-29) 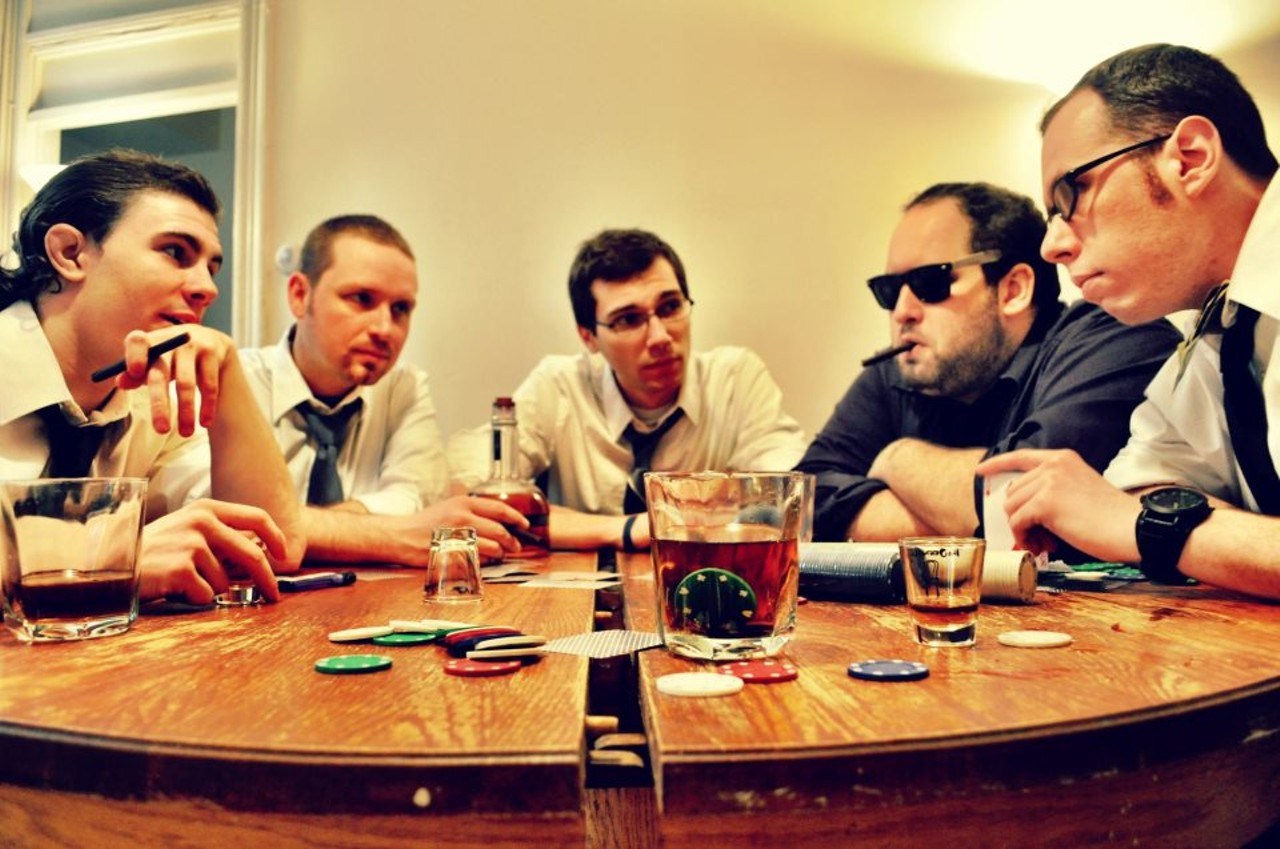 Photo Courtesy of HDWallpaper
Given the dreariness and drippy underbelly mood which typifies most of the Fight Club's scenes, a late night excursion to the Cedar Lee for a midnight showing feels like an appropriate venue. If you haven’t seen the film, Ed Norton plays an insomniac office worker who’s trying to spice up his life. When he crosses paths with a soapmaker named Tyler Durden, they form an underground fight club that becomes, as IMDb says, “much, much more.” Special cameos by Jared Leto as a babyfaced man who gets his face bashed in and Meatloaf, as a huggable man with boobs. Like all Late Shift screenings, tickets are only $5. (Sam Allard)

Photo Courtesy of Instagram User asabol10
Tonight at 5 p.m., the Tremont Taphouse kicks off its Oktoberfest patio event. A 30-piece German Music Society brass band performs while guests munch on pretzels, housemade schnitzel, spatzel, Weisswurst, potato pancakes and apple chutney. The Taphouse will offer a large number of Octoberfest beers, both local and international, and will serve them up in boot-shaped mugs. There is a $5 cover. (Jason Beudert)

Photo Courtesy of Instagram User jcecil3
Stay all day or Spend an hour or two at the First Fall Irish Festival. They'll be plenty of Irish food and drink to keep you satisfied, plus live entertainment by Whiskey Limerick, Tara's Fire, and No Strangers Here, to name a few. The Fest will take place at the Irish American Club East Side in Euclid. Admission is $10 for adults. Students are $5 and kids under six are free. The fun starts today at 12 p.m.

Photo Courtesy of Alloy Orchestra
Every few months, the Alloy Orchestra swings into town to provide live accompaniment for a few silent film screenings at the Cleveland Institute of Art Cinematheque. The events always draw big crowds because the Alloy Orchestra adds so much to the films. Tonight at 8, the group performs to Fritz Lang's proto-sci-fi flick Metropolis. They've played along to Metropolis in the past but tonight will mark the first time that they've played along to the restored version of the film that checks in at 25 minutes longer than the original. The Alloy Orchestra will stick around tomorrow to accompany screenings of 1925's Phantom of the Opera and 1924's He Who Gets Slapped. Those screenings take place at 4 p.m. and 7 p.m., respectively. Tickets to the films range from $15-$20. (Jeff Niesel)

Photo Courtesy of the Cleveland Scene Archives
Experimedia, an international record label and NE Ohio distributor, and MOCA present a series of events that showcase rising stars working in the intersection of music, video, performance, and installation. Tonight, Eleh and Pitre will perform solo, but they will also perform together as the duo Pitreleh. Their performance tonight at MOCA will mark only the second time they've played together live. The event begins at 7:00 p.m. at MOCA and tickets are $8-10.

Photo Courtesy of Instagram User jamilthalji
Plenty of tickets left for the Browns v. Bengals matchup this afternoon if you head to StubHub now. We’re seeing decent seats in the upper bowl going in the $50-$60 range — not bad for what looks to be a gorgeous afternoon against a potential Superbowl contender from our own state. It will be the first home contest for new starting QB Brian Hoyer, and a chance to win the undying allegiance of the home fanbase. (Then, all he’d have to do is beat the Steelers). We’re actually not sure if Brian Hoyer will still be the starting QB at press time, but we figured we’d all just get sloppy in the muni lots and forget about it anyway. Game’s at 1 p.m., but the party won’t stop then. (Sam Allard)

Photo Courtesy of the Cleveland Scene Archives
Located in Now That's Class's back parking lot and hosted by Grady "The Wing King" Willrich, Wing Stock offers amateur grillers the chance to strut their stuff. The $5 cover allows you to taste the many varieties of wings that will be on hand and then vote for your favorites. More than 10 live bands, including the Wingtones, Burger Boys and Dead Sweaters will also play the event. There will also be face painters and a limbo contest. It starts at 2 p.m. (Jason Beudert)

Photo Courtesy of Jack Johnson, Website
Surfer turned singer-songwriter Jack Johnson never seems to get too excited. The songs on his six studio albums feature acoustic guitars and whisper-thin vocals. And yet that hasn't stopped the guy from attaining a huge fanbase (a couple of years back, he even filled Blossom). His latest offering, From Here to Now to You, features more laid-back tunes — this time around, Johnson writes mostly about domestic bliss. Tickets are $69.00. The show starts at 6:30 p.m.(Jeff Niesel)

The Cleveland Museum of Art's summer international music series, City Stages, is back with a pair of concerts in the Hingetown neighborhood.…

Phish packed Blossom Music Center on Tuesday, Aug. 2, 2022. Pictures from the concert are below, along with a link to our…

After a two year hiatus, the longtime summer staple Alefest made its return to Tremont's Lincoln Park. Here's everything we saw.