Friday, Jan. 23: Fabulous Stuff - F for Fabulous: Five Films for Orson Welles’ Centenary, put on by the Cleveland Museum of Art, aims to take stock of the career of Wisconsin-born producer/director/writer/actor Orson Welles. Five of the director’s masterpieces will be shown on 35mm prints over the course of some six weeks. Today The Magnificent Ambersons, his followup to his impressive debut, screens at 7 p.m. (Niesel) Photo via IMDB

Friday, Jan. 23: Sketchy Stuff - Fresh off the Comedy Central stage in Los Angeles, Last Call Cleveland brings its “unique mix of live and taped sketches, songs and audience participation” back to Playhouse Square for a second year. Known for viral videos such as “Hastily Made Cleveland Tourism Video,” “Honest R&B Song,” and the original series Man in the Box, the group brings its antics to the Outcalt Theatre for a two-weekend stand that commences tonight at 8:30. Tickets are $15 to $20 and a performance is also scheduled for tomorrow night. (Niesel) Photo via Wikimedia Commons

Friday, Jan. 23: Great Scott - Beginning with tonight’s 7 p.m. opening reception, 1point618 gallery in Gordon Square debuts its first new exhibition of 2015. Gregory Scott’s In Still Motion is presented in collaboration with Catherine Edelman Gallery of Chicago. Cleveland-based artist Scott uses an eclectic variety of media in his process — including photography, installation, performance, video and painting — to challenge the viewer’s perception of visual reality. For this show, Scott has created a site-specific piece inspired by Belgian Surrealist Rene Magritte. In Still Motion and its opening reception are free and open to the public. The exhibition runs through April 17. Also, Liz Maugans’ Screen Plays continues in 1point618’s Project Space through March 6. (Josh Usmani) Photo via 1point618, Facebook 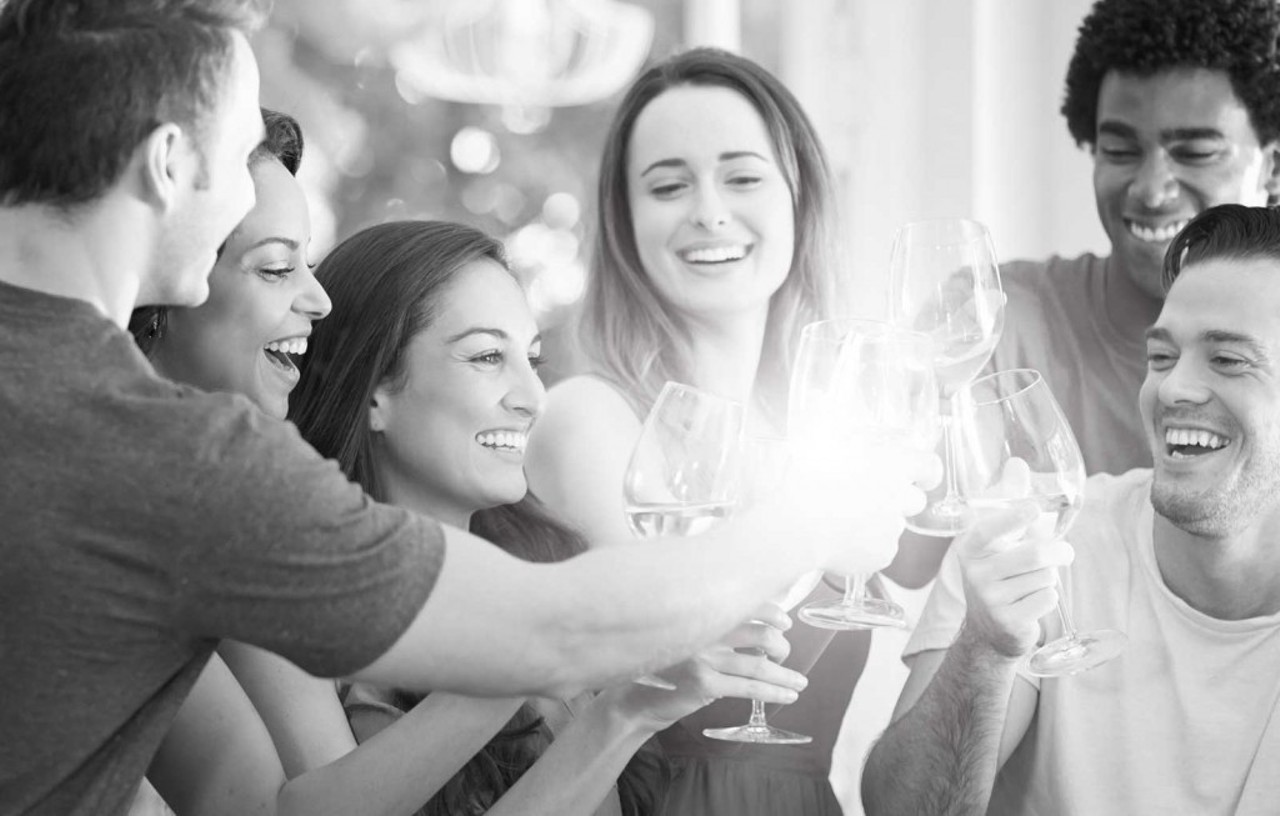 Saturday, Jan. 24: Brunch Time - Hangovers can be brutal. That’s why a good brunch will often provide the proper antidote. At United We Brunch, a Scene event taking place today from 11 a.m. to 2 p.m. in the newly renovated 5th Street Arcade, you can see just what Cleveland restaurants have to offer in terms of brunch. Places like Barrio, Beer Engine, Grumpy’s Cafe, Jack Flaps, Press Wine Bar, The Southside, Town Hall and Urban Farmer will be on hand to serve up samples of their regular brunch menus. Adult beverages will be served as well. General admission tickets for United We Brunch include tastings from participating restaurants and food suppliers, entertainment, and four drink tickets for beer, wine, Champagne, Mimosas and Bloody Marys. VIP admission includes food samples, six drink tickets, a special VIP drink and one-hour early admission. All tickets are sold out to this inaugural event! (Niesel) Photo via Cleveland Scene archives

Saturday, Jan. 24: Tribe Time - Today and tomorrow at Progressive Field, the Indians host the third annual Tribe Fest, an event that gives fans the opportunity to meet and greet players such as Cy Young winner Corey Kluber. Tickets are $10 and today’s sessions run 10 a.m. to 2 p.m. and 4 to 8 p.m. Tomorrow’s session is 10 a.m. to 3 p.m. (Niesel) Photo via Cleveland Scene Archives

Saturday, Jan. 24: Polar Power - It’s fricking cold outside. But instead of complaining about it, why not embrace the freezing temperatures? That’s the concept behind Polar Fest, a two-day “interactive winter festival” that takes place today and tomorrow at the Cuyahoga County Fairgrounds. There will be arts and crafts demonstrations, local food, ice wine, beer tastings, live music and facepainting. It takes place noon to 8 p.m. today and noon to 6 p.m. tomorrow. (Niesel) Photo via Polar Fest, Facebook

Saturday, Jan. 24: The Strange Familiar - Tonight's show with Akron pop band the Strange Familiar at the Akron Civic Theatre should be a real treat at the band will be paired with a string quartet made up of area symphony members. The band will perform songs from its latest album, The Day the Light Went Out. In the past, it's had its songs appear on TV shows such Pretty Little Liars, The Vampire Diaries, The Biggest Loser, Cedar Cove and Secret Life of the American Teenager. "We’re really busy writing new songs," says guitarist Jeff Andrea of the band that also features his wife, singer Kira Leyden. "[The single] 'Rain' has started to get quite a bit of attention at Christian Radio — so we’re going to be releasing a new single to that format sometime in the next couple months. Some doors have been opening in that world lately and it feels like a natural fit for us — we’ll see where it goes." Andrea and Leyden have also been providing music of the youth ministry at their church, Immaculate Heart of Mary, in Cuyahoga Falls. And recently, Lifeteen, a national youth ministry program, has included The Day the Light Went Out in its May 2015 subscription materials being sent out to 1500 parish youth groups across the country. (Niesel) $15 Photo via The Strange Familiar

Sunday, Jan. 25: Sunday Special - It’s a Sunday afternoon special for LeBron and Cavs. They’ll take on reigning MVP Kevin Durant, recently traded guard Dion Waiters, superfreak athlete Russell Westbrook and the rest of the Oklahoma City Thunder at 3:30. Earlier this month, of course, the Cavs traded Waiters in a three-team deal which netted them JR Smith (an older Dion Waiters, basically) and Iman Shumpert, whose defense-first mentality has yet to be tested due to injury. Dion will likely be gunning this afternoon. He’s wearing number 23 for Oklahoma City but has remained about as consistent as he was for the Cavs, which is to say inconsistent. Tickets start at $25. (Allard) Photo via Wikimedia

Sunday, Jan. 25: The Steel Deal - The University of Akron Steel Drum Band was formed in 1980, an era when only a handful of colleges had such ensembles. The group, which features both undergraduate and graduate students, plays on drums that local Cliff Alexis builds and maintains. For today’s performance at the Akron Civic Theatre, the group will play Caribbean music designed to help you “leave the winter blues behind.” The show starts at 2:30 p.m. and tickets are $10. (Niesel) Photo via Facebook

Sunday, Jan. 25: Sweet Revenge - It’s pretty much a lawyer’s worst nightmare when a criminal he or she helped prosecute gets out of jail and returns for revenge. That’s the premise of Cape Fear, a classic film that stars Gregory Peck and Robert Mitchum as the lawyer and bad guy respectively. The movie screens today at 10 a.m. at the Capitol Theatre as part of the Capitol’s Sunday Classics Brunch & Movie Series. Take your ticket stub to partner restaurants and receive a discount after the screening. Tickets are only five bucks. (Niesel) Photo via IMDB 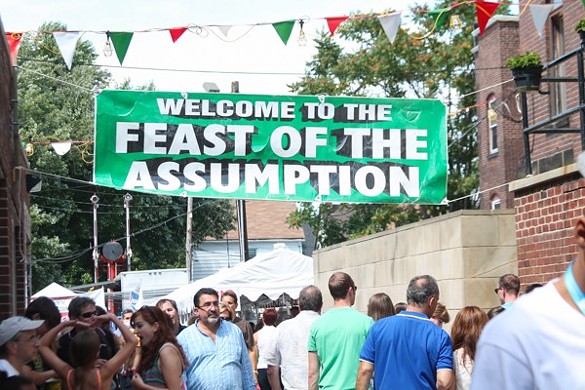 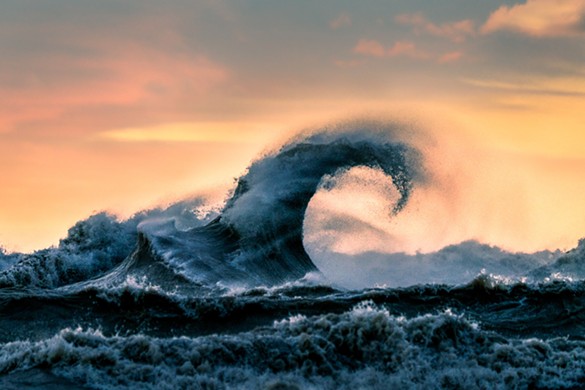 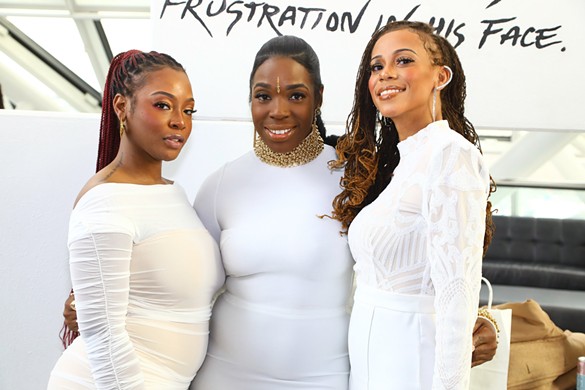