10 Things Going on this Weekend in Cleveland

Photo Courtesy of ohiofestivals.net
How do you take the biggest festival to grace Mentor and make it even better? Add a beer and wine garden, of course. But this year’s Mentor CityFest has plenty more to offer as it is, with live music that spans an eclectic set of tastes. After checking out Disco Inferno, who perform on Friday in the Civic Center Amphitheater, festival-goers can hear Angry Young Men perform alt-rock classics that span the '80s to the early 2000s. The event’s biggest draw, though, comes from nationally acclaimed Beatles tribute band, BritBeat. Monica Robbins and the Ninja Cowboys round out the bill of live bands, and there will also be plenty of festival food and entertainment from the Cincinnati Circus Company to keep you occupied The Mentor CityFest starts today at 4 p.m. at Civic Center Park and extends through Saturday; tickets are $5 for one day and $8 for two. (Jacob DeSmit) 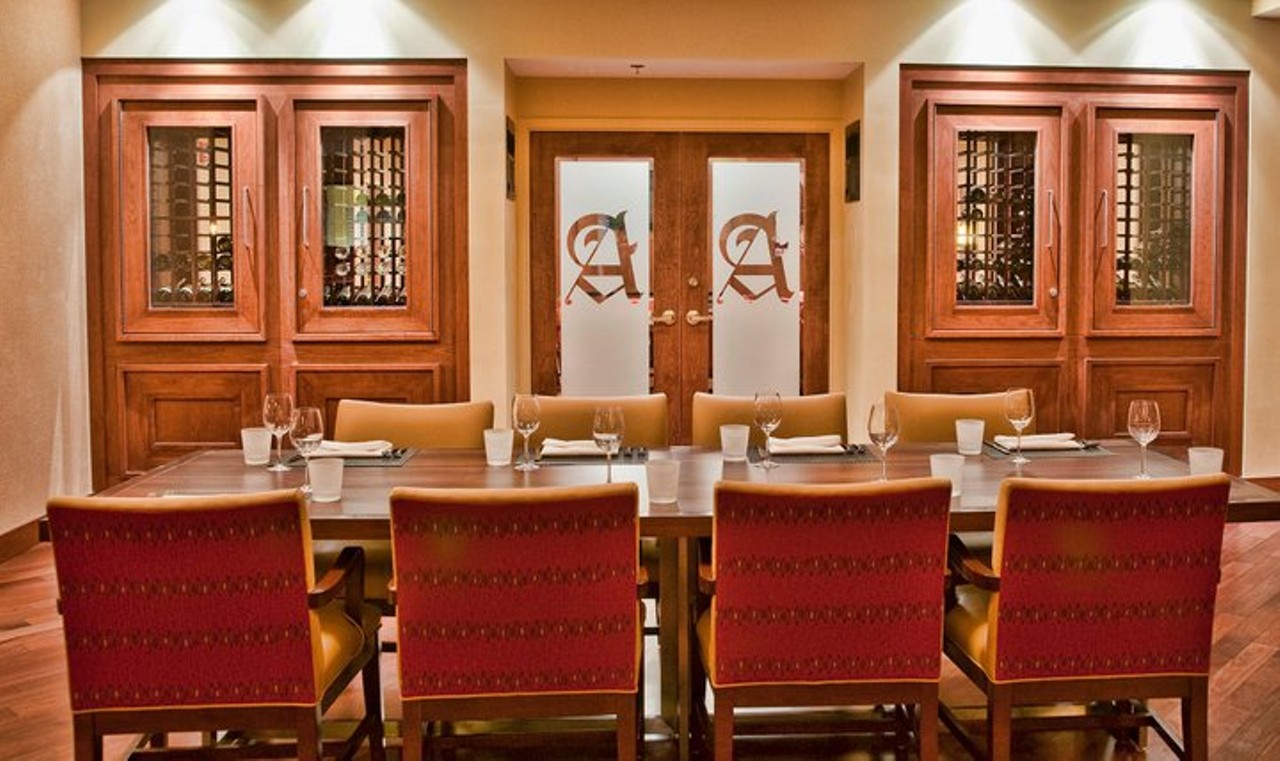 Photo Courtesy of AMP 150, Facebook
Tonight is the anticipated Amp 150 chef reunion dinner. All three chefs that have steered the wheel of success for AMP 150 — chefs Jeffrey Jarrett, Dean James and Max and Ellis Cooley — will prepare a six-course dinner. The cost is $75 per person and will include a wine pairing with each course. Hors d’oeuvres start at 6 p.m. and dinner is at 7 p.m. Course highlights include an olive oil poached flounder, country ham wrapped veal with duck fat potatoes, and a warm peach pie in a jar with vanilla black pepper ice cream. (Jason Beudert)

Photo Courtesy of the Cleveland Scene Archives
Dunn just released "I Am" as a single and to celebrate, he's hosting a special show at Cleveland State University that will pay tribute to his mother; proceeds will go to the Minority Women With Breast Cancer United, which will receive the Janna Dunn Breast Cancer Awareness Community Leadership Award. At the concert, Dunn will personally present the award to the foundation. The show will also feature a unique ensemble. Former WZAK on-air personality Robyn Simone will host the event, and Dunn will be paired with locals Alvin Frazier, a multi-instrumentalist and singer-songwriter, and Rachel Roberts, an accomplished singer, songwriter and guitarist. Fellow Cleveland Heights High alumni Nathan Davis will lead the horn section and violinist Dr. Hanneberit Hahnemann will lead a string section accompanying Dunn. The concert will also mark the full-length live premiere of "I Am." The show begins at 7:30 p.m. at CSU's Waetjen Theatre. (Jeff Niesel)

Photo Courtesy of the Cleveland Scene Archives
Enjoy an afternoon of paddling and picnicking along the banks of Lower Shaker Lake in Shaker Heights on Saturday, August 24. Area residents may bring their own kayak or canoe for launching from the shore. Those without boats may sign up for a kayak and an introductory paddling class for a $5 fee, led by Cleveland Metroparks specialists. Registration is required for all participants. Call 216-321-5935 x 244 or visit www.doanbrookpartnership.org for details. The event is sponsored by the Doan Brook Watershed Partnership.

If comic Bill Bellamy did nothing more than coin the phrase "booty call," he'd go down in comic history. But the guy has been a staple on the standup circuit for nearly 30 years now. His star power hasn't diminished over that time, either. Currently the host of his own TV show, Who's Got Jokes?, he's also a regular on Chelsea Lately. His material tends to stick to tried-and-true topics like the differences between men and women when it comes to romantic love and the trials and tribulations of getting through security at the airport. Still, this guy is a pro storyteller who knows how to work a crowd. Should be a good show. He performs tonight at 7:00 p.m. and at 9:30 p.m. at Hilarities. Tickets are $25. (Jeff Niesel)

Photo Courtesy of the Cleveland Scene Archives
When the Cowslingers finished, singer Greg Miller assumed he was probably done with music. He had accomplished more than he ever thought possible, given what he refers to as his "thin talent set." The Cowslingers had issued 11 full-length records in 14 years and played everywhere. When Daredevils drummer Leo P. Love and Miller's bass-playing brother Ken came to him four months later and wanted to start a new band with guitarists Bobby Lanphier and David Bowling, he was into it. "I still had stupid songs popping into my head, and frankly I missed doing it," he says. "I was back in. This country punkabilly we make is music we believe in, and at any one time a bunch of other great people out there do too. The lifestyle gets in your blood. I get edgy if I am in one place too long after so many years of constant motion. This ridiculous life we have carved out for ourselves is part blessing and part curse." The group celebrates its ten-year anniversary tonight at the Beachland Tavern. (Jeff Niesel) 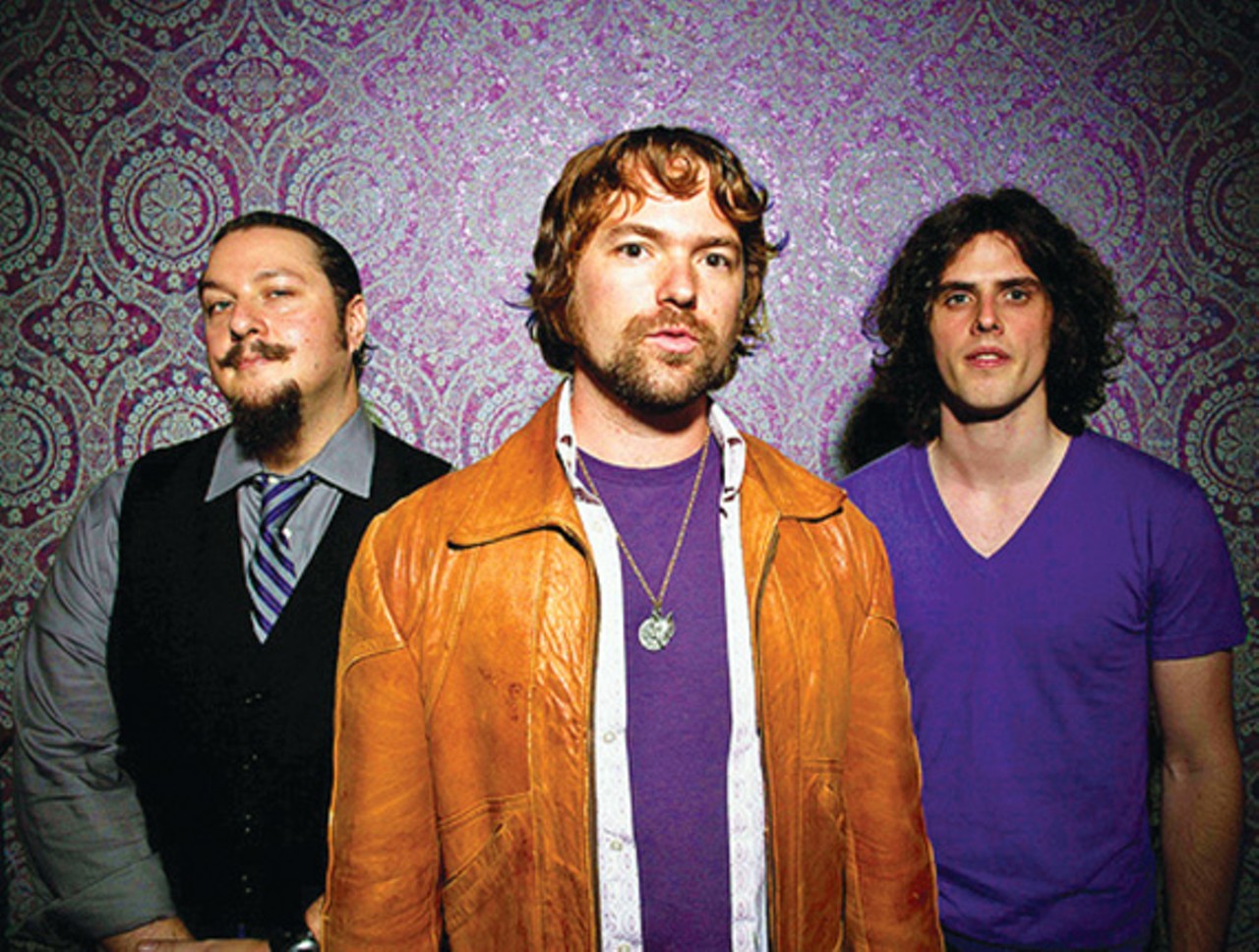 Photo Courtesy of Heavy Glow, Facebook
The band is currently touring in support of the Foo Fighters-like single "Mine All Mine," which includes the groovy, guitar-driven "Headhunter" as a B-side. Michael Patterson (Black Rebel Motorcycle Club, Beck) produced the two songs, both of which will be on a full-length due out early next year. They're quite different from each other, but Mullins says the full-length won't be so eclectic that fans will be confused by the disparate sounds. "Those songs bookmark the whole gamut of what the album is about," says Mullins. "There will be some continuity in terms of the feel. All the songs are guitar-based. You won't get a reggae song. It all blends and works together well." Heavy Glow performs with Buffalo Killers and Black Pussy at 9 p.m. on Saturday, Aug. 24, at the Happy Dog. (Jeff Niesel) Photo Courtesy of Treehouse Pub, website
Today at noon, the Treehouse Pub in Tremont is hosting a fundraiser to benefit the Tremont Arts & Cultural Festival Sunday Funday. From 12-3 p.m., the infamous Lounge Kitty will perform. The ticket price includes food, soft drinks and draft beer. A 50/50 raffle will also take place. Tickets are $20 advance and $25 at the door; they can be purchased at eventbrite.com. (Jason Beudert) 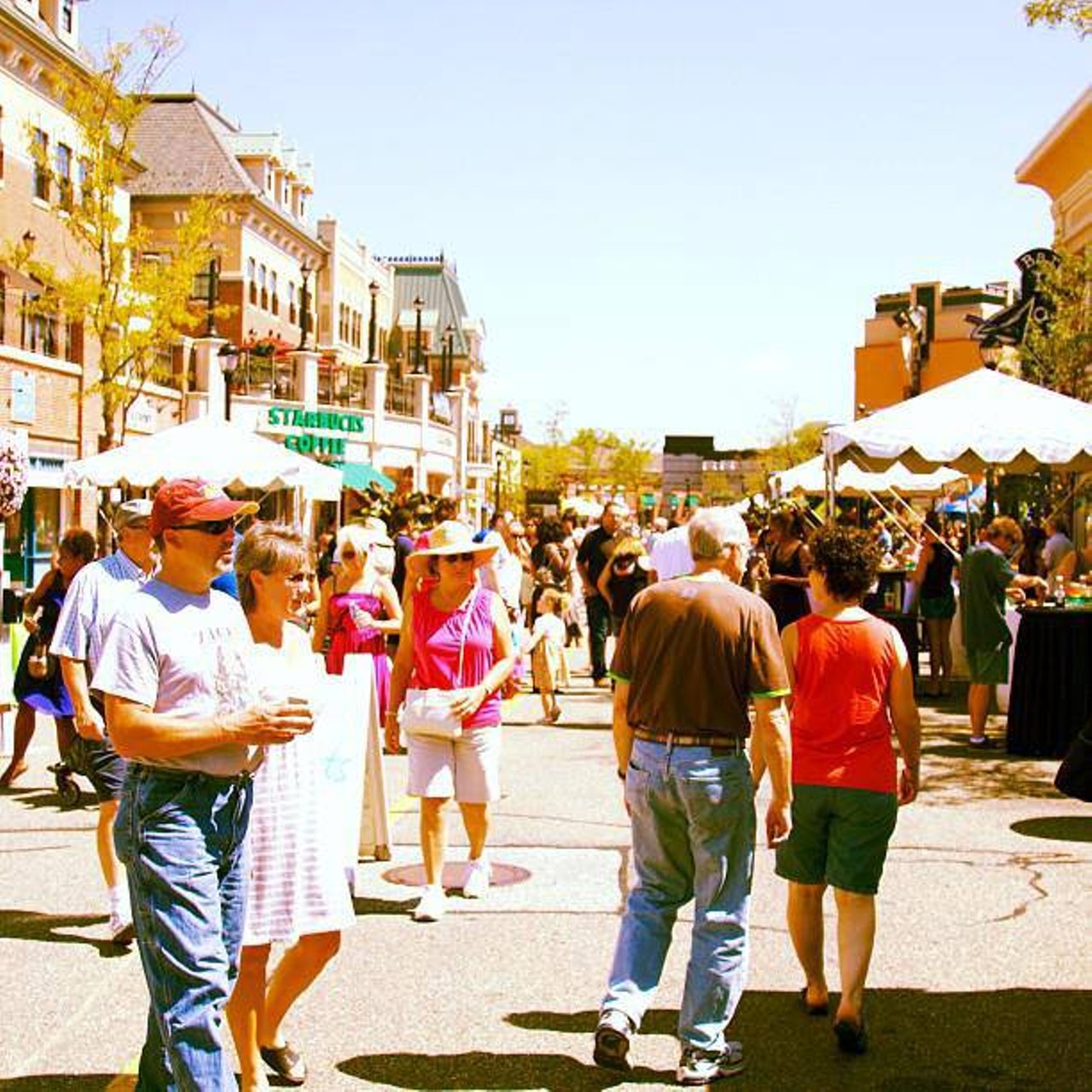 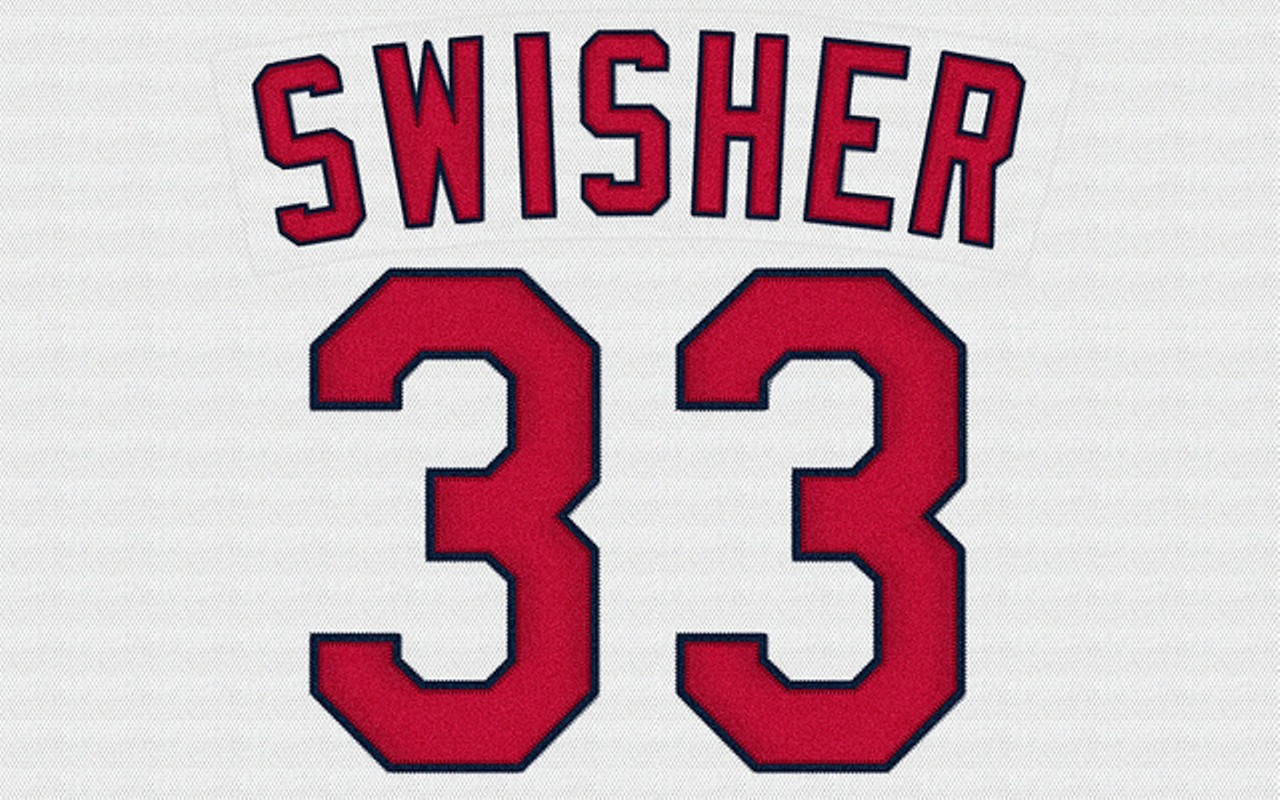 Photo Courtesy of Flickr Creative Commons
Fans of Nick Swisher, of one of this season’s most beloved Indians infielders, won’t want to miss the Tribe’s game against the Minnesota Twins tonight. The first 10,000 to make it into Progressive Field will get their very own replica of Swisher’s home jersey. Aviator glasses and gorilla-sized biceps aren’t included, though, so channeling your innermost “Ohibro” may take a little extra effort. The opponent is the lowly Minnesota Twins, but the Tribe has struggled against the team all season. First pitch is at 1:05 p.m. (Jacob DeSmit)