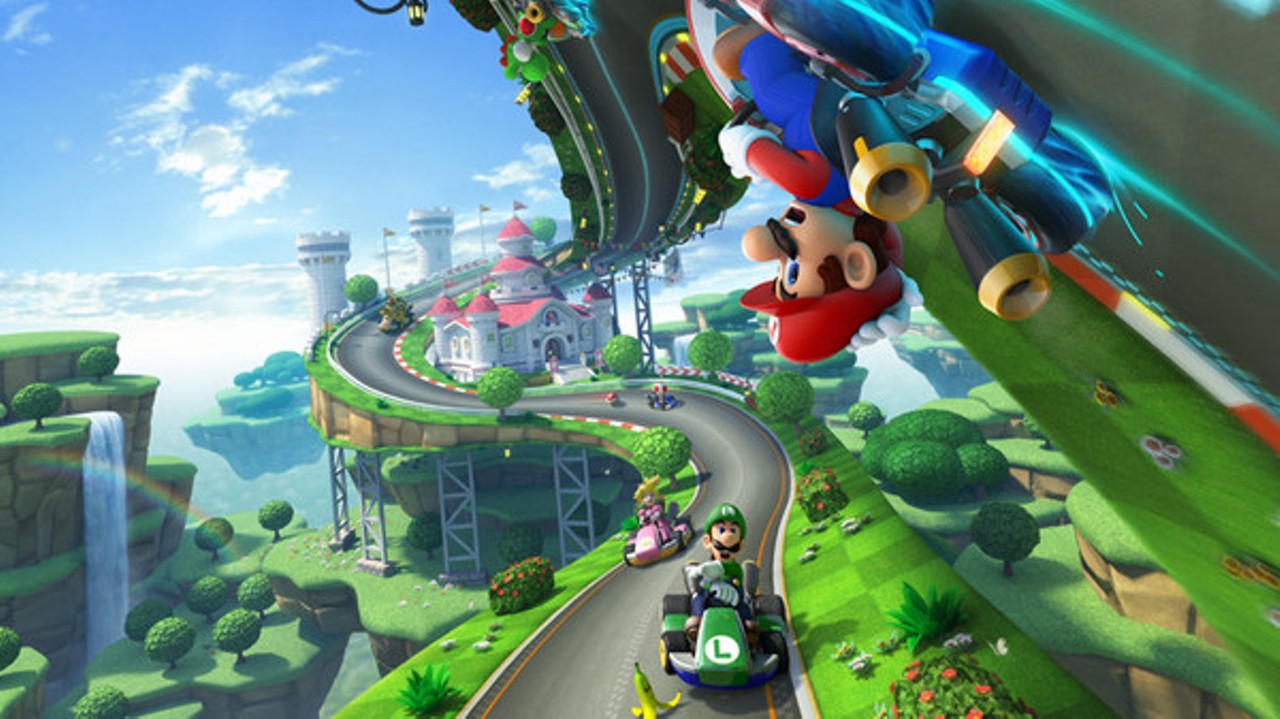 Mario Cart Competition Sun., Feb. 14, 9 p.m. At today's Mario Kart Competition at the Beachland Tavern, you can compete with others. A handful of Cleveland comedians will provide the color commentary. The competition starts at 9 p.m. and you must register in advance in order to compete. Only 40 tickets available for registration. They cost $8 in advance, $12 at the door. (Niesel)

Cleveland Bazaar St. Valentine's Day Show Sat., Feb. 13 Northeast Ohio's longest-running independent craft show, Cleveland Bazaar regularly recruits artists from all across the region to participate in its events. From 10 a.m. to 6 p.m. today at Lake Affect Studios, it'll host a special Valentine’s Day edition of its popular craft show so that shoppers who want to avoid hitting the mall or big box retail stores in search of gifts for their loved ones will have another option. A press release for the event suggests the wide range of items that’ll be for sale and promises everything from “wooden robots to handmade chocolates.” And that’s not to mention “meticulously crafted jewelry” and “taxidermy.” Ok, we’re not sure how “taxidermy” figures into the mix, but the show will emphasize “handmade and locally-produced-with-lots-of-love items.” (Niesel)

Monster Jam Sat., Feb. 13 A self-described farm boy from Oil City, Penn., Tony Ochs grew up driving off road trucks and ATVs. He didn’t race competitively back then but enjoyed riding off-road vehicles as a hobby. So he should feel right at home at the Q next week when he comes to town with Feld Motor Sports’ Monster Jam, the annual monster truck rally that descends on the Q, turning the arena floor into a racetrack by dumping truckloads of dirt and building a series of jumps and obstacles. Ochs will sit behind the mammoth Soldier Fortune Black Ops, a camouflaged, tank-inspired truck “inspired by the dedicated men and women who serve in the elite special forces branches of the U.S. military.” Performances take place at 2 and 7 p.m. today and at 1 and 6 p.m. tomorrow. Tickets start at $12. (Niesel)

Tremont Art Walk Fri., Feb. 12 This month’s Tremont Art Walk takes place from 6 to 10 tonight. Doubting Thomas Gallery hosts an opening reception for T-time: Paintings by Terrance Hubbard, as well as cigar box art and music by “The Cleveland Guitar Man,” Eli Fletcher. In observance of One Billion Rising, House Tremont Gallery will host a temporary and participatory public art display. Visitors are invited to decorate heart-shaped or heart-themed artwork and install it on the fence around the building. Take down will be Sunday, Feb. 14. From 8 to 10 p.m., the Pretentious Artists of the Tremont Literary Café will be doing live portraits. Free. (Unman) tremontartwalk.com.

On War Thu., Feb. 11 French director Bertrand Bonello made On War right before he made his breakthrough films, House of Intolerance and Saint Laurent. It centers on a film director (Mathieu Amalric) who joins a cult based at a remote mansion. The film makes its Cleveland premiere at 8:25 tonight and shows again at 9:15 tomorrow night at the Cleveland Institute of Art Cinematheque. Tickets are $9. (Niesel)

The Last Metro Sun., Feb. 14 French New Wave master François Truffaut made some incredible movies before his death in 1984. Today at 1:30 p.m., the Cleveland Museum of Art screens The Last Metro, a film that stars Catherine Deneuve and Gérard Depardieu. Winner of 10 Césars (French Oscars), including Best Film, Actress, Actor, and Director, the period piece is set in German-occupied Paris during World War II. It centers on a French stage actress (Deneuve) who must maintain and preserve her Jewish husband’s theater while he is “away. Tickets are $10. (Niesel)

Bobby Collins Fri., Feb. 12 Bobby Collins was destined to be a comedian from the start — his father named him after his favorite comedian Bob Hope and he’s been telling jokes ever since. A New York native, Collins left a very prestigious position as vice president of Calvin Klein to pursue his dream of being a comedian. He quickly catapulted to fame and has even opened for big-name acts such as Jay Leno and Jerry Seinfeld. Collins’ very heavy New York accent shines through as he tells jokes about everyday life. He performs tonight at 7:30 and 10 at Hilarities and has shows scheduled through Sunday. Tickets are $28 to $30. (Niesel)

Battle of the Sexes Sun., Feb. 14 Romance doesn’t have to be serious. To celebrate St. Valentine’s Day, the Cleveland Comedy Festival and the Bop Stop have teamed up to present an event they call Battle of the Sexes. The event will include winning jokes submitted to the Ambiance "Best Sex Jokes" contest. Fans of Ambiance who submitted the winning jokes will be in attendance. Comedians in the “battle” on the men’s side include John Wellington, Cody Cooper and Mike Paramore. Sarah Jones, Carey Callahan, and Nancy Remley will offer their comedic take on relationships. The event will serve as a fundraiser for the nonprofit Cleveland Comedy Festival, which holds its annual festival each November. There also will be a silent auction featuring Playhouse Square tickets, wine gift baskets, gift cards for couples date nights, and numerous other items. Doors open at 7:30 p.m. at the Bop Stop. Tickets are $40 per couple with dessert and a cocktail included. (Niesel)