10 Things to Do in Cleveland this Weekend

Friday, April 17: Vodkalicious - From 6 to 8:30 p.m. today, Harris Stanton Gallery’s Cleveland location hosts Art-ini, an art auction and vodka tasting party to benefit the Cleveland Arts Prize. More than 80 art items will be available, with opening bids set at 20 percent below retail. The $10 admission includes a signature martini and appetizers. The Cleveland Arts Prize is the oldest of its kind in the country. Each year, the organization awards five outstanding, local individuals prizes of $10,000 each. The Cleveland Arts Prize is moving into the newly remodeled (and soon-to-be-unified) campus of Cleveland Institute of Art. This year’s CAP winners should be released in the coming weeks. Stay tuned for more info. (Usmani, photo via Harris Stanton Gallery, Facebook)

Friday, April 17: Laugh it Off - It's only human to make mistakes. Join four great comedic acts tonight as they celebrate everything that makes us human, including our blunders. Bill Squire, of The Alan Cox Show on 100.7 WMMS will share stories about his uptight Mormon upbringing, and Adam Richard, the host and co-producer of the monthly “Keep Talking: A Storytelling Show,” will be on hand as well. Mary Santora will be bringing some femininity into the male-dominated comedy scene. She has worked with famous comedians in clubs all across the country and has quickly become a favorite of many comedian-junkies. Last but not least Stewart Huff, another award winning comedian, will also perform. The event begins at 5 p.m. at the Cleveland Museum of Natural History. Parking will be available in the museum lot for $6. Tickets are $25 to $35. (Paige Margulies, photo via CleveScene archives) 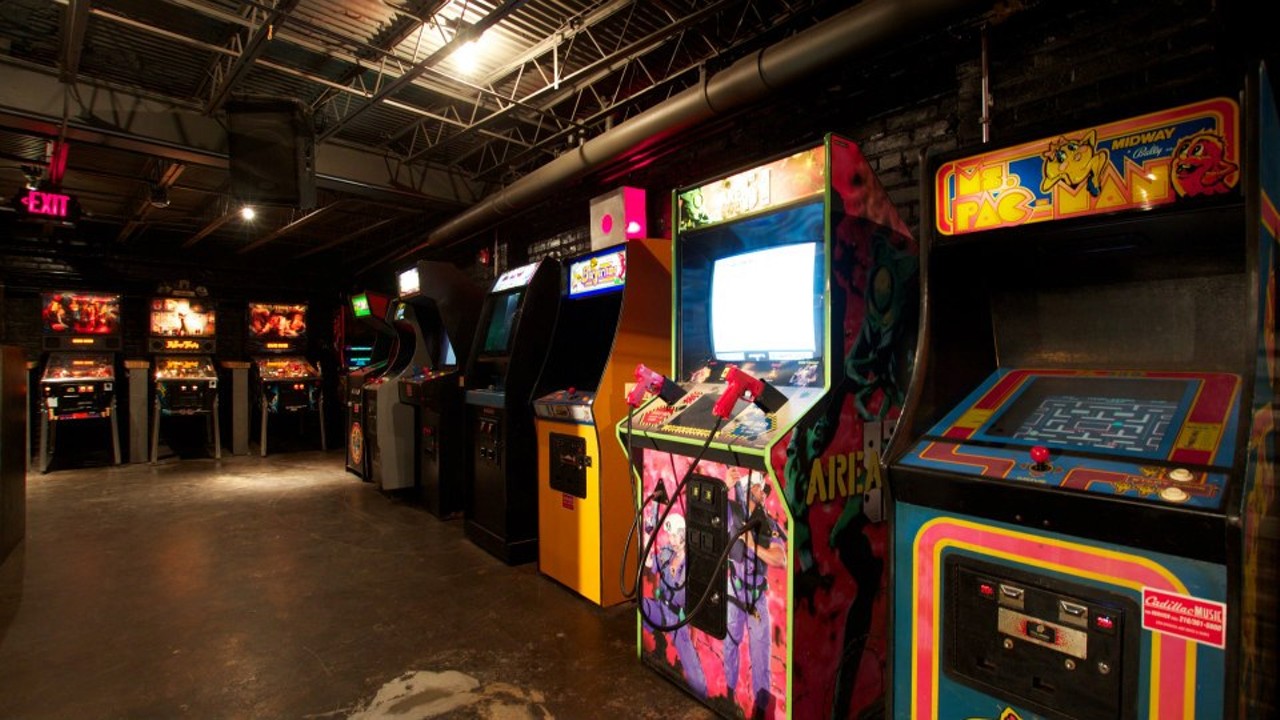 Saturday, April 18: Watch Party - Tickets to the 30th Annual Rock and Roll Hall of Fame Induction Ceremony sold out as soon as they went on sale. But you want to see the ceremony, you still have a chance. The Rock Hall will simulcast the proceedings tonight at 6:30 on a giant screen on the Museum’s Klipsch Audio main stage and on several large screens throughout the Museum. Outside of Public Hall, the Rock Hall will be the only place to watch the induction ceremony on the night of the event. Tickets are $24.50. (Photo via Emanuel Wallace)

Saturday, April 18: Gone Wild - Let out your inner animal while supporting a good cause today at the second annual Cleveland Animals Bar Crawl! This event takes you on a tour of five animal-named bars in Cleveland in one night. When you buy a T-shirt for the event, all the proceeds go to the Cleveland APL. Wearing your shirt will also give you access to drink specials at each stop on the crawl. The shirts can be purchased online or at the first stop of the tour at the Flying Monkey Pub in Tremont, where the event begins at 4 p.m. Buying a t-shirt will also give you free access to the event’s personal shuttle. Email any questions to [email protected] or check out the Facebook page. (Margulies)

Saturday, April 18: Real Steel - The University of Akron Steel Drum Band was formed in 1980, an era when only a handful of colleges had such ensembles. The group, which features both undergraduate and graduate students, plays on drums that local Cliff Alexis builds and maintains. For today’s performance at E.J. Thomas Hall, the group will play Caribbean music designed to make you get up and dance. The show starts at 8 p.m. and tickets are $29.50. (Niesel, photo via Facebook)

Saturday, April 18: A YouTube Sensation - Fans of the popular British period drama Downton Abbey will surely enjoy America’s Got Downton, a one-man stage parody of the show. Called “The Energizer Bunny of Impressionists,” by The Huffington Post, Luke Kempner creates upwards of 30 different characters and also blends in celebrities like Russell Brand and Gordon Ramsay into the parody. Kempner originally got started on YouTube making Downton Abbey parody videos titled “Downstairs at Downton.” After that, he appeared in popular broadway musicals like Les Miserables and Avenue Q. His debut solo show in Edinburgh received critical acclaim and now he’s touring the states for the first time. Catch America’s Got Downton today at 3 and 8 p.m. at the Ohio Theater. Tickets are $10 to $45. (Siegel, photo via Instagram, lukekempner)

Sunday, April 19: A Crisis in Faith - Joshua Harmon’s savage comedy Bad Jews is all about family, faith and legacy. Young Jewish woman Diana, who prefers to be called her Hebrew name Daphna, is relentlessly fighting to obtain a religious heirloom left behind by her late grandfather. The problem is her atheist cousin Liam also wants their grandfathers gold medal, which he kept for years under his tongue at a concentration camp. When Liam misses their grandfathers funeral because he dropped his iPhone off a ski-lift in Aspen, Daphna is beyond infuriated. In the middle is Liam’s brother Jonah, who tries his best to stay out of the fray. Harmon’s debut play has received massive critical acclaim, hailed as razor-sharp smart and devastatingly funny. Bad Jews opens tonight at 8 at the Actors’ Summit in Akron, and performances continue through May 5. (Siegel, photo via Facebook)

Sunday, April 19: Seventh Inning Stretch - Get into the spirit of baseball season with a series of short plays penned by some of America’s top playwrights including Fantasy League by Lee Blessing; The Save by Dano Madden; Some Kind of Catch (A Play) by Karen Hartman; and Striking Out the Babe by Charles Peters. Ranging from the sublime to the ridiculous and featuring top local talent, how could this theatrical afternoon be anything but a homerun? The exhibit runs through Sept. 7 at the Maltz Museum of Jewish Heritage. Additional details can be found here.

Sunday, April 19: Straight from Hell - A stark contrast to Lewis’ previous works like The Chronicles of Narnia, the Screwtape Letters by C.S. Lewis creates a topsy-turvy morally inverted universe set in a stylish office in hell. The story centers on a series of letters sent by a senior demon named Screwtape to his nephew, a younger less experienced demon, Wormwood. Wormwood needs his uncle’s help to secure the damnation of a British man who’s only referred to as “the Patient.” During their correspondence, Screwtape gives Wormwood advice on how to promote sin and undermine faith in God. The role of Screwtape is played by Brent Harris, who previously starred in The Lion King on broadway as Scar. See the theatrical adaptation of C.S. Lewis’ novel today at 3 and 7 p.m. at the Ohio Theater. Tickets are $40 to $75. (Siegel, photo via Instagram, Chris Vick)