10 Things to Do in Cleveland this Weekend

This slideshow is sponsored by MOCA. http://mocacleveland.org/beat2015

Friday, July 31: From the Front Porch - Feed your love for live music by checking out the LakewoodAlive Front Porch Concert Series. This free event showcases bands from a wide variety of genres right on the front porch of the Lakewood Public Library. Grab a blanket and come hang out for some local music in your very own back yard. . . or. . . front porch, I guess. The concert takes place at 7 p.m. at the Lakewood Public Library. It’s free. (Hetrick, photo via LakewoodAlive Facebook page)

Friday, July 31: He's Got the Look - If you’re going to see comedian John Witherspoon tonight at the Improv, you better dress up because “you got to coordinate,” as he puts it. That catchphrase is just one of the comedians many one-liners and various accomplishments throughout his long career. He’s worked alongside famous comedians such as Ice Cube, Adam Sandler, Eddie Murphy and Chris Tucker and starred as “Pops” on The Wayans Brothers. But he might be most well known voicing “Grandad” on the animated series The Boondocks. His standup is even similar to the Boondocks character he portrays; it features fast-paced jokes that keep coming at you. Witherspoon simply has a look about him that’s funny. He doesn’t even need to tell jokes because his facial expressions can make anyone laugh all night. He performs tonight at 7:30 at the Improv and has shows scheduled through Sunday. Tickets are $25. (William Hoffman, photo via Instagram user @sam_hnda)

Saturday, August 1: It's a Blast - The Beachland Ballroom books the bands playing at this year's Sixth Annual Euclid Beach Blast so you can expect to hear some of Cleveland's best local acts. Maura Rogers and the Bellows, a terrific local indie folk act, is slated to play the Beachland at the Beach main stage. Panic Steel Ensemble is also on the schedule and the event will feature the Waterloo Arts Sand Castle Contest and Bike Cleveland's Fat Tire Bike Beach Course. The event runs from 4:30 to 8:30 p.m. at Euclid Beach Park. Admission is free. (Niesel, photo via Instagram user @taymimontalvo) 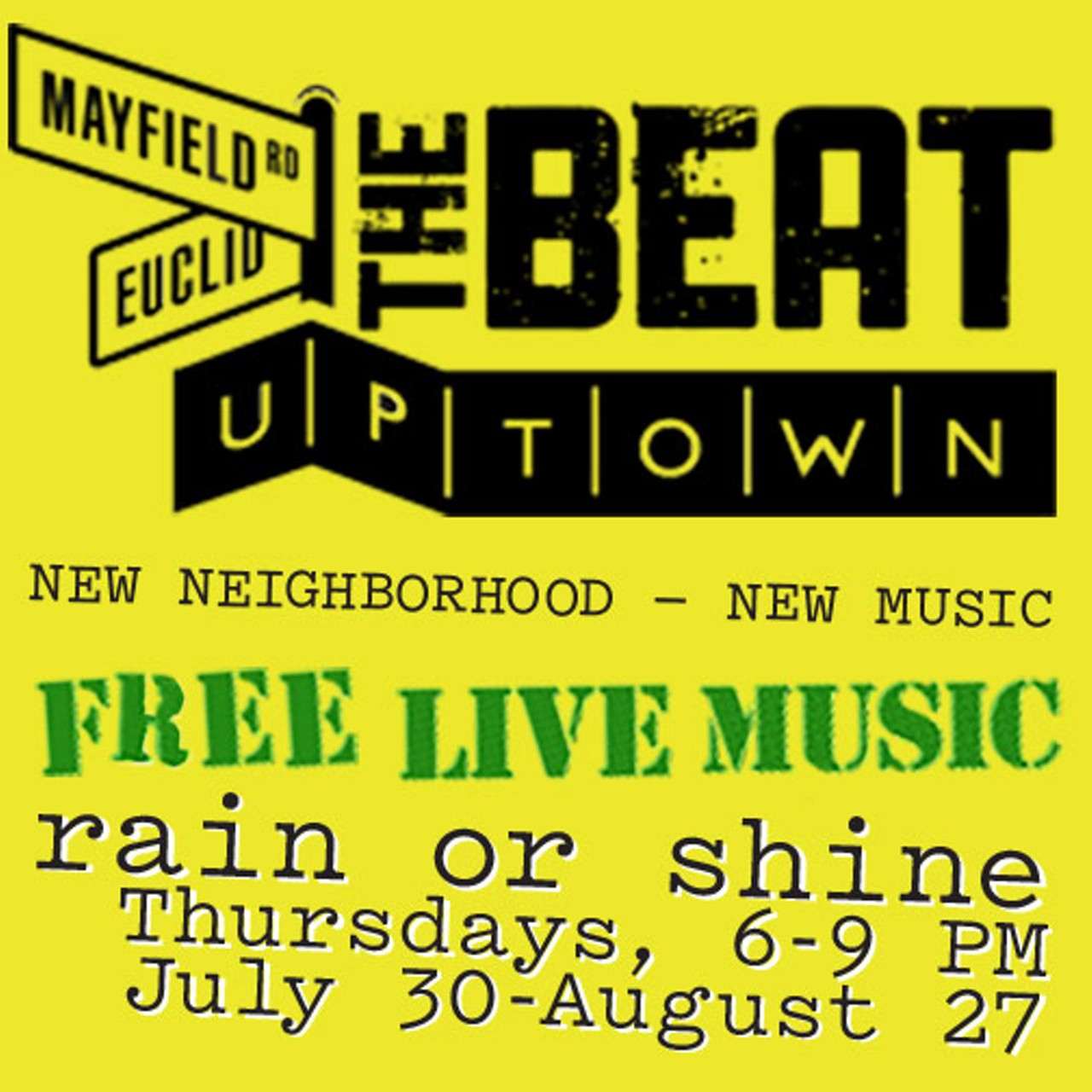 Saturday, August 1: A Classical Collaboration - The Cleveland Orchestra and the Kent/Blossom Chamber Orchestra share the stage at Blossom tonight for a special collaborative concert. At 7 p.m., the Kent/Blossom Chamber Orchestra plays Stravinsky’s Danses concertantes and Prokofiev’s Symphony No. 1 (“Classical”). Then, at 8 p.m., the Cleveland Orchestra starts with a Dvo?ák tone poem and then shifts to Barber’s lyrical Violin Concerto with soloist James Ehnes. Both orchestras will then combine “side-by-side” to play Bartók’s Concerto for Orchestra, a piece he wrote after moving to the United States from his native Hungary. Tickets start at $24. (Niesel, photo via Blossom Music Center's Facebook page)

Sunday, August 2: Going Global - As its name implies, the Cleveland World Festival (formerly known as the Cleveland One World Festival) celebrates the ethnically diverse music and art that can be found in Cleveland. The third annual event takes place today from 11 a.m. to 9 p.m. at the Cleveland Cultural Gardens. According to a press release, the event's mission is to “celebrate Cleveland’s diverse community with its over 120 different ethnic groups." The event will "offer visitors a unique opportunity to sample a smorgasbord of the customs, costumes, music, food, and sports reflecting the diverse cultures that make up Cleveland’s heritage.” The one-day event is slated to take place in Rockefeller Park (on MLK Jr. Boulevard between St. Clair and Superior Avenues). There will be three musical premieres and a travelling boat bus will pick up musicians from the different gardens for a travelling multi-cultural concert. Admission is free. (Niesel, photo via Cleveland World Festival Facebook page)

Sunday, August 2: Rescue Operation - Adapted from cowriter, Robert Wright’s 2010 book of the same name, Our Man in Tehran depicts the role of Kenneth D. Taylor in the Iran hostage crisis of 1979 and 1980. After the film Argo also portrayed the events of this crisis in 2012 and was met with widespread acclaim, this documentary strives to set the record straight about what really happened during the Canadian Caper. The documentary features interviews with actual people who were involved in the events, such as politicians, journalists, and diplomats. They include Joe Clark, former Prime Minister of Canada, Tony Mendez, retired American CIA officer, and Gary Sick, American analyst of Middle East affairs with particular expertise on Iran. The screening of the film will also feature an introduction by Douglas George, Consul General of Canada for Ohio, who will discuss the conversations he had with one of the diplomats rescued during the crisis and the behind-the-scenes preparations for the rescue. The film screens at 1:30 p.m. today at the Cleveland Museum of Art. Tickets are $9. (Manno, photo via IMDB)