13 Things Going on in Cleveland Over Thanksgiving Weekend 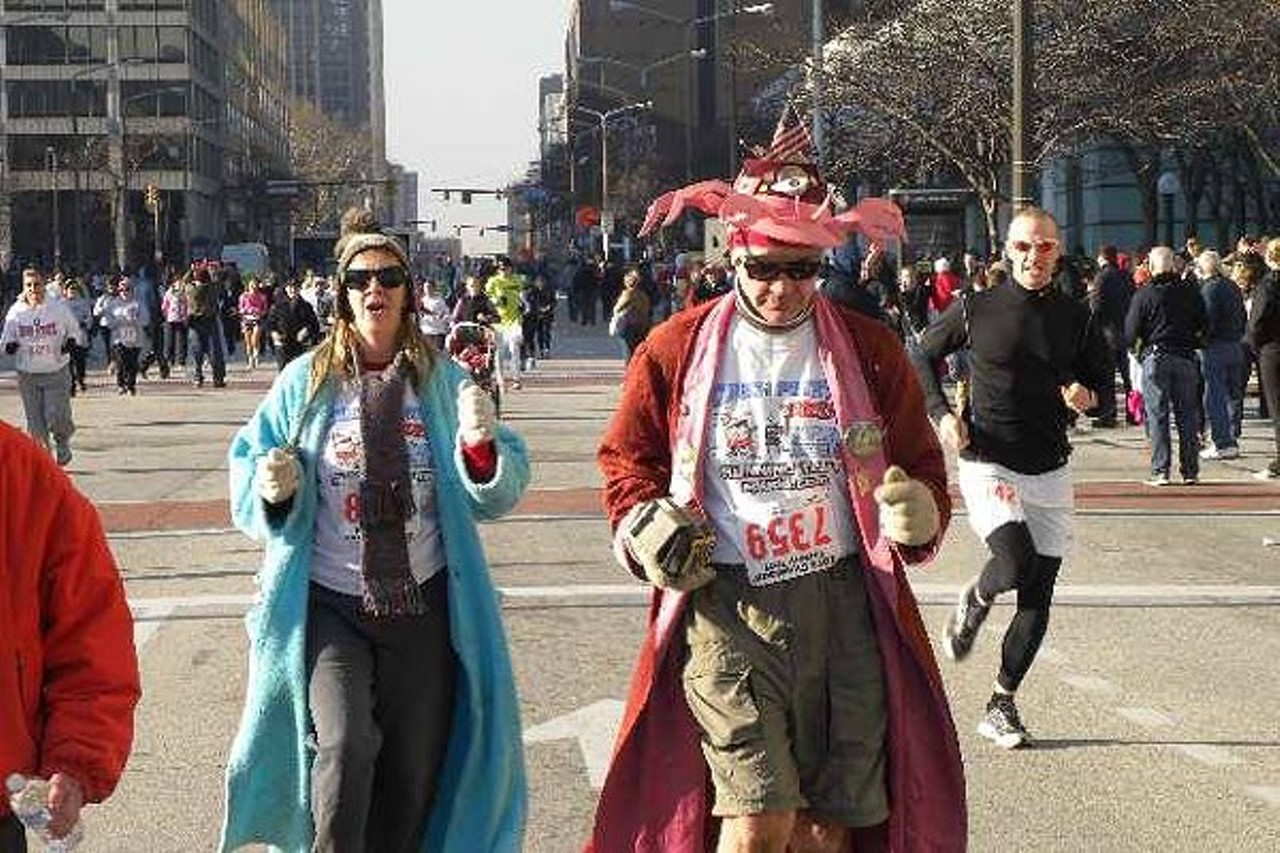 Photo via Cleveland Scene Archives
The weather should be nice and chilly this morning. But with any luck, the collective heat of Clevelanders’ bodies huddled together, jogging through downtown will keep the blood circulating through your extremities. It’s the annual Turkey Trot, folks! Five miles of scenic downtown Cleveland and wind in your face and the knowledge of meat and corn and potatoes and gravy guiding you toward the finish line. It’s the 33nd installment of the annual race, and is always a nice way to work off some calories prior to your feasting later in the day. Registration at City Hall starts at 7:00 a.m. Gun goes off for the five-mile race at 9:30. (Allard) hermescleveland.com 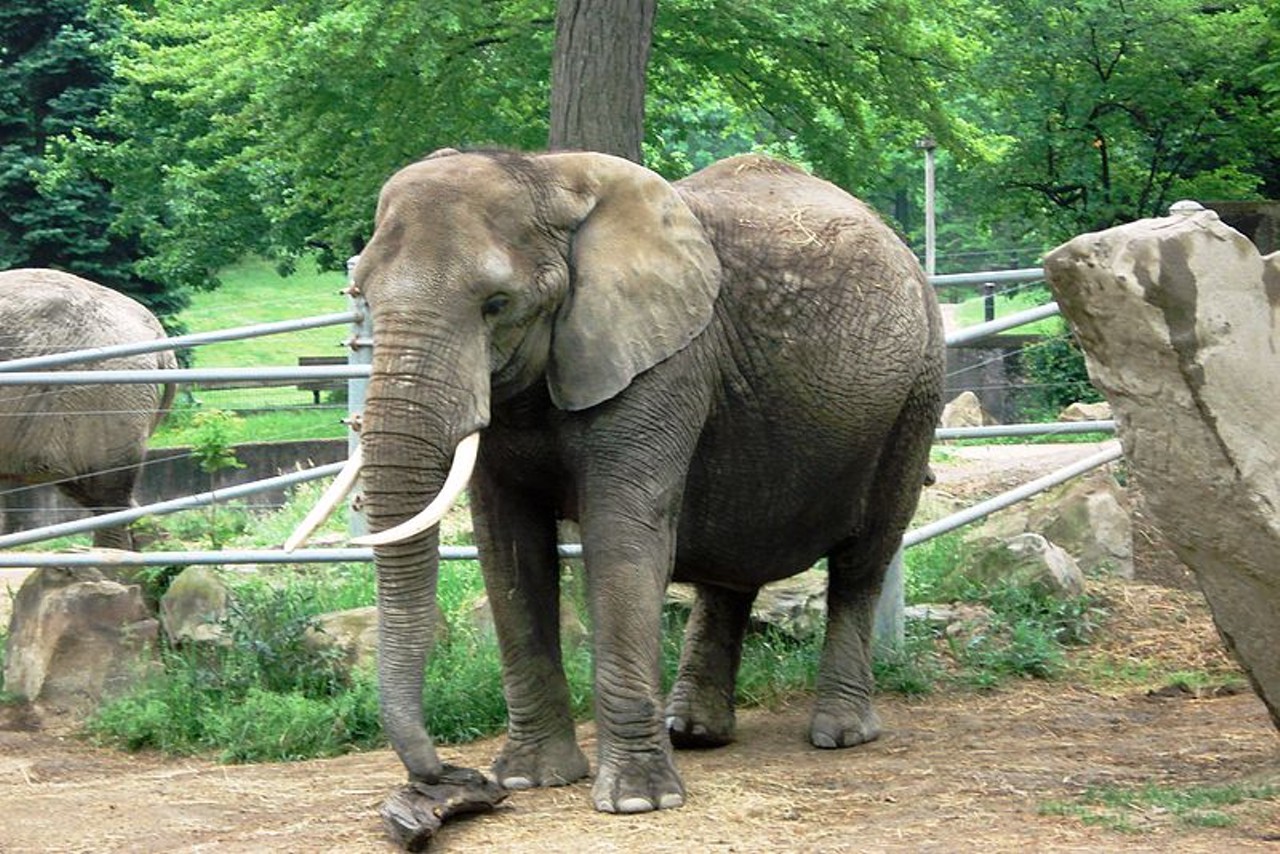 Photo via Wikimedia Commons
Just a friendly reminder —especially to those of you with kids — that the Cleveland Metroparks Zoo (and the Rainforest!) is free of charge on Thanksgiving, which just happens to be today. That makes it a great alternative for those of us who are not particularly into the holiday spirit, or not sure what to do until an evening family commitment. Take the kiddies — or just yourself for that matter ­— and go say, “Hi!” to the polar bears. They’re the only ones equipped to handle these minor polar vortices anyway. The zoo is open today from 10 a.m. to 5 p.m. (Sam Allard)

Photo via House of Blues, Facebook
When House of Blues first opened here 10 years ago, it provided a free Thanksgiving meal for those in need on Thanksgisving Day. The concert venue continues that tradition today from 11 a.m. to 2 p.m. as House of Blues’ volunteers (employees, friends, family and vendors) will provide food for the homeless and anyone who is either alone or can’t afford a good meal. The venue serves an average of 300 people each year. The 4 Amigos will perform on the Crossroads Stage in the restaurant. (Niesel)

Photo via Jason Alan, Facebook
Local magician Jason Alan prides himself on an interactive show that he says is a “Las Vegas-style comedy and magic stage show.” He does a little bit of everything — mind reading, card tricks, sleight of hand. He can even weasel his way out of a straightjacket. A few years ago, his wife Stacy started joining him during his performances. Tonight’s show takes place at 8 at the Hard Rock Rocksino’s Club Velvet. (Jeff Niesel)

Photo via Wikimedia Commons
Last year, huge audiences headed to the State Theater to see five performances pairing the Cleveland Orchestra with the Joffrey Ballet for the Joffrey Ballet’s Nutcracker. The two groups have paired up again this year to present Tchaikovsky’s ballet. Expect lavish costumes and some serious dancing. The Cleveland Orchestra will provide the score. The performance takes place tonight at 7; performances continue through Nov. 30. Tickets start at $15. (Niesel)

Photo via Wikimedia Commons
A Christmas Story, a near-genius piece of American reminiscence, is so period-perfect and charming that the squishy sentimentality (of which there is plenty) never leads to saccharine reflux. Philip Grecian is listed as the playwright, but everyone understands that the bulk of insights and telling detail comes from the mind of Jean Shepherd, who wrote the original story, co-authored the movie, and narrated the flick in his distinctive, triple-wry voice. The Cleveland Play House’s production of Story rides a two-hour wave of intricate details to unerringly establish the period and to help even the youngest patrons make the leap back to a time before televisions were omnipresent and cowboy hero Red Ryder was king of the wireless. The Shepherd-inspired language uses a mock-heroic tone to add color and depth to the simplest thoughts. For instance, rather than saying the Old Man swore a lot back in Illinois, old Ralphie avers that his dad “had woven a tapestry of obscenity over Lake Michigan that still hangs there today.” That’s the kind of luxuriant wordplay that can bring audiences back, again and again. The play opens tonight at 7:30 at the Allen Theatre. Performances continue through Dec. 21. Tickets are $55 to $75. (Christine Howey)

Photo via Liquid, Facebook
Liquid is one of the only spots in town where you can go to hear nationally known DJs. Over the years, the club has brought in big-time acts such as Paul Oakenfold. Tonight, Mat Zo, a guy who has played at venues like Madison Square Garden, brings his Mad Zoo Winter Roadshow to the venue. Expect to hear tracks like the sputtering “Ruffneck Bad Boy,” a catchy tune that pairs trance and dubstep beats with a memorable chorus. The show starts at 9:30 p.m. and tickets are $10. (Niesel)

Photo via Lake Erie Monsters, Facebook
Take your bearded friends or bearded significant others to the Q tonight for the Lake Erie Monsters game and their celebration of Movember. And don’t worry if you’re too young (or too estrogenic) to have a mustache: mustache stickers will be disbursed upon arrival to the first 5,000 fans. The game itself should be a doozy, versus the Hamilton Bulldogs, but the real headline is the concessions deals. Every Friday, Monsters’ home games have dollar dog and pop night, courtesy of Sugardale and Pepsi respectively. Just make sure to wipe the condiments from your gorgeous facial hair. Puck drops at 7:30 p.m. Tickets start at $10. (Allard)

Photo via Cleveland Scene Archives
Winter is coming whether we want it or not. So why not celebrate? Today you can do just that at Winterfest, an all-day holiday celebration on Playhouse Square. There will be horse-and-carriage rides, fireworks, and the first ever tree-lighting ceremony at Playhouse Square. From 1 to 6 p.m., visit the Holiday Pop Up Shop, featuring goods from local makers; from 1 to 5 p.m., Popfusion provides family-friendly holiday entertainment. Food trucks, pro sports teams’ mascots, and the Old Stone Church Choir will be on hand as well. The lighting ceremony takes place from 6 to 6:30 p.m. Admission is free. The full schedule is on the website.(Niesel)

Photo via Emanuel Wallace, SCENE
The annual lighting of downtown is such a festive event, you’ll likely want to keep the party going. You can do just that at Winter Wine & Ale Fest which takes place from 7 to 10 p.m. at Public Square. More than 20 craft brews, wines and spirits will be served along with samples from some of Cleveland’s most popular restaurants, including Taza Lebanese Grill, Pura Vida by Brandt Evans, Willeyville, Lago East Bank, McCarthy’s, and more. This year’s event will also include custom cocktail samples created by Cleveland Whiskey. Limited stand-alone samples of Cleveland Whiskey bourbon will also be available. Proceeds from the evening’s festivities will benefit Downtown Cleveland Alliance’s Generocity Cleveland initiative, which funds programs and services provided by DCA and its faith-based partners to help the homeless in downtown. Tickets are $65 and include 20 tasting tickets and a commemorative tasting glass. (Niesel)