15 Things Going on in Cleveland Over Labor Day Weekend Photo via Cleveland Scene Archives
An annual tradition that seems to attract bigger crowds each year, Cleveland Oktoberfest kicks off today at the Cuyahoga County Fairgrounds. Organizers have booked several bands to perform too. German food and beer will be available and traditional ethnic acts will perform. In addition, Stone Pony, the popular Springsteen tribute act, plays at 5:30 and the Journey tribute act Escape plays at 9 tonight. The Spazmatics are on tap for tomorrow, and Hotel California plays on Sunday. Night Fever, a tribute to the Bee Gees, performs at 4 p.m. on Monday. Festival hours are 4 p.m. to midnight today, noon to midnight tomorrow and Sunday and noon to 8 p.m. on Monday. Tickets are $10. (Niesel)

Photo via Cleveland National Airshow, Facebook
All is right in the universe now that the Cleveland Air Show has returned to town for Labor Day weekend. The show kicks off today at 10 a.m. with a demonstration by the Cleveland Aeromodeling Society and radio-controlled aircraft. The U.S. Army Golden Knights Parachute Team will also be on hand and so will the U.S. Coast Guard Search and Rescue team. Then, later in the afternoon, the mighty Blue Angels will take to the sky to perform their daredevil tricks above the city’s skyline. That schedule repeats tomorrow and Monday. It’s $21 to attend the event at Burke, but you can find a good spot downtown and catch the action too. (Niesel)

Photo via Wikimedia Commons
This weekend closes out the Blossom Music Festival for the summer and sends the Cleveland Orchestra off on tour with a bang. At Severance Hall tonight at 7 p.m., Franz Welser-Möst conducts Johannes Brahms’ Symphony No. 1, and two works by Jörg Widmann, Lied [Song] and Flûte en suite (for flute and orchestra) with soloist Joshua Smith. On Saturday, the action returns to Blossom Music Center with fun for the whole family, beginning with family-friendly activities throughout the Blossom grounds from 4:30 to 6:30 p.m. Those are followed by the 7 p.m. concert featuring music from The Little Mermaid and The Wizard of Oz, plus Casey at the Bat with narration by Pat Sajak, all conducted by Richard Kaufmann. Finally, on Sunday at 7 p.m., Welser-Möst returns to Blossom to conduct Widmann’s Con brio, Concert Overture for Orchestra, and Brahms’ Symphony No. 3 and Symphony No. 4. A fireworks display concludes the Saturday and Sunday concerts. Tickets are $23 to $85. (Gonzalez) (Gonzalez)

Photo via Shawn Roberson, Instagram
Kick off the weekend right with a summer evening bike ride! There’s a Cleveland Critical Mass ride meeting up in Public Square at 6:30 p.m. that will make its way to the Museum of Contemporary Art by 8:30 p.m. When you get there, you’ll find music performed by local act Pleasure Leftists on the plaza outside with Cleveland-made biking videos and tons of other bike-related stuff inside. There will also be raffles for various biking paraphernalia. And since it’s at MOCA, of course there will be a fun create-your-own-print artmaking station as well. The party goes until midnight. (Trenholme)

Violet Scrap, an Italian star of fusion bellydance, headlines A Night of Spectacular, a special dance concert held in the Oak Grove in the Brecksville Reservation of the Cleveland MetroParks. The curated program will feature local dancers and musicians as well as visiting East Coast artists. It will showcase a variety of styles, including Arab folklore, American Tribal Style and modern fusion. Refreshments and henna art will be available as well. The event begins at 7 p.m. Tomorrow and Sunday, dance workshops will be offered at Crowne Plaza Cleveland South Hotel in Independence. Tickets are $15. (Niesel)

Photo via Euclid Media Archives
Whiskey and Willoughby — the alliteration has a certain ring to it, making it a perfect pairing. That’s what you get at Scene’s inaugural Pig & Whiskey. The event, which takes place from noon to 10 p.m. today and tomorrow at Willoughby Brewing Co., features some 50 whiskeys that you can sample. It also features barbecue and live music. Wanted, the popular Bon Jovi tribute act, performs tonight and Kid Rock’s former sidekick Uncle Kracker performs tomorrow night. Browns players will be on hand for autograph sessions today from 1 to 3 p.m. and from 4 to 6 p.m. The event is free, but the autograph sessions cost $50 (or $75 for both sessions). (Niesel)

Photo via Wikimedia Commons
In the early ’70s, Mattel introduced Malibu Barbie, a blonde and tanned version of the toy that came with several summery outfits. The litigious Mattel lawyers might have a case against Colbie Caillat. It’s as if the leggy SoCal-based singer-songwriter is the living embodiment of Malibu Barbie. The singer’s new album, Gypsy Heart doesn’t hit shelves until the end of September, but the single “Try,” a commentary about conformity, is already a hit thanks to its clever video featuring a variety of different women lip-syncing the song. It helps that Caillat’s breathy vocals sound sharp and the song has a simple but memorable melody. Tickets will run you $32.50-$49.50 for tonight's show at Hard Rock Rocksino. (Niesel)

Photo via Signals Midwest, Facebook
Last fall, Signals Midwest released Light on the Lake, a complex beast of an album that takes its time to explore both the well lit and formidably dark corners of life. In an interview with Cellar Door Cleveland last year, singer-guitarist Max Stern pointed to “the trilogy,” a cache of three tunes on the first frame of the album. If you want to hook into the main nerve of Signals Midwest’s vibe, cue up “St. Vincent Charity” and let it roll right into “The Desert to Denver” and “An Echo, A Strain.” The build in these songs is a pretty thing, particularly set against the thick, flowery chords in “St. Vincent Charity.” Then, the quick drop into “Desert” is a thing of beauty and one that plays real well while driving late-night across the burning landscapes of the Midwest. Also, for whatever it’s worth, we’re big fans of the band’s name. Tickets are $8 for tonight's show at the Agora. (Sandy)

Photo via Cleveland Scene Archives
A 2012 documentary that received rave reviews, Finding Vivian Maier documents how collector John Maloof randomly discovered photographic negatives belonging to Maier, an unknown Chicago nanny, and then worked tirelessly to get prints made and sent to galleries. Co-director Charlie Siskel has joked that he was drawn to the story by its potential headline: “Nanny Takes Hundreds of Photos, Never Shows Them, and Now She’s Hailed as One of the Great Photographers of the 20th Century.” Through careful research, Siskel meticulously reveals Maier’s life story and combines the narratives of her job as a nanny with her life as an artist. In the end, the film successfully captures the two lives that Maier led. The movie screens tonight at 9:20 and tomorrow afernoon at 4:30 at the Cleveland Institute of Art Cinematheque. Tickets are $9. (Niesel) 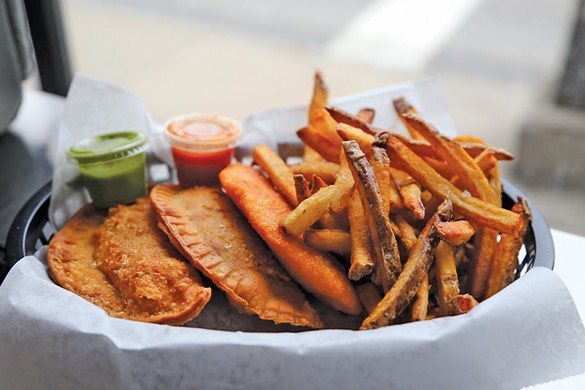 21 of the Biggest Cleveland Internet Moments Of All Time 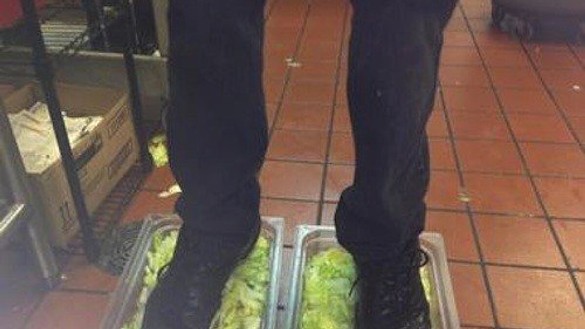