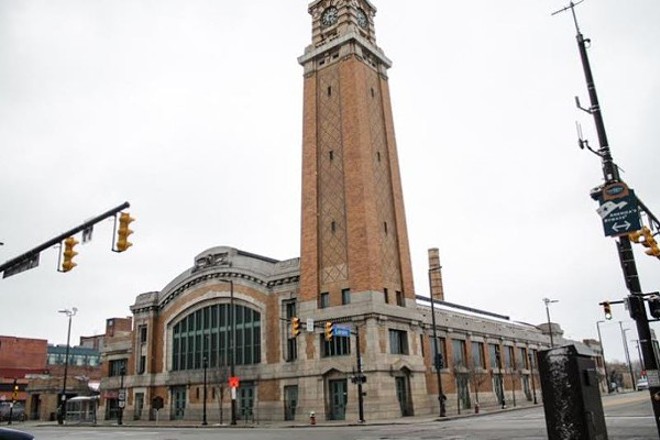 Emanuel Wallace / SCENE
Thanks to the addition of eight new tenants, the West Side Market is up to 94-percent occupancy, leaving just 10 of the 178 indoor and outdoor spaces available. All of the new tenants are local companies, some just starting out and others looking for a little pied-à-terre in the city.

Cleveland’s popular candy warehouse, B.A. Sweetie, the largest candy store in America, will be opening its first offsite location in Northeast Ohio in more than 25 years. Sweeties Candies, as the spinoff is called, is slated to open today.

Piccadilly Artisan Creamery, which has locations on Coventry and in University Circle, will open a small liquid nitrogen-fueled frozen yogurt stand. It also signals a return of that brand to Ohio City.

Ora Bells, who according to city staffers is the market’s first African American-owned business (note: the market is 105 years old) will offer home-style southern cuisine.

Prince Produce will offer conventional and organic produce out in the produce annex.

Avant Gardens, a local mushroom farm specializing in fresh-picked oyster and gourmet cultivated mushrooms, will join them, as will Matthew Produce, offering a variety of Asian and conventional fruits and vegetables. Lakewood Plant will sell a variety of house and office plants. And English Treats will sell desserts and snacks imported from Britain.

“The West Side Market has been a thriving part of the Cleveland shopping experience for 104 years,” Mayor Frank G. Jackson said in a release. “I want to welcome the eight newest entrepreneurs to join the Market this year; you are now a part of our city's living history.”

The market has undergone other recent changes. Long-running Johnny Hot Dog has new ownership, with a Ukrainian family picking up where the longtime Lebanese owners left off. OOOH Fudge and Jacob Oasis both are under new ownership as well.

“Each retailer is authentically Cleveland and fits well into our mission to continuously diversify vendors and products,” said West Side Market Manager Felicia Hall. “The West Side Market is one of the few food-focused historic markets in America, and as a 104-year-old institution we’re always seeking new ways to contribute to our city’s food scene.”