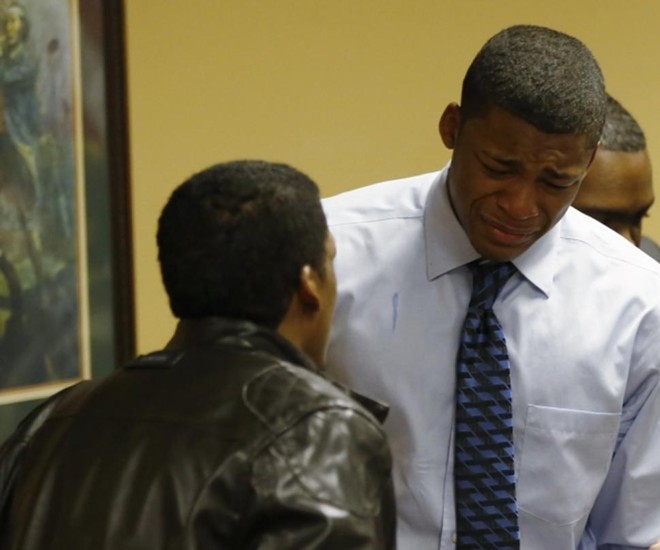 Ma'lik Richmond, post-verdict, (March, 2013).
Twenty-one-year-old defensive end Ma'lik Richmond entered the Youngstown State University football game Saturday late in the third quarter. YSU had built up a comfortable 52-6 lead against the Central Connecticut State Blue Devils by then, and Richmond played the remainder of the game. He recorded two tackles.

Thursday a federal judge had ruled that Richmond, who was found delinquent of sexual assault in 2013, when he was a member of the Steubenville High School football team, could suit up for the next two weeks. YSU had issued a statement in response to campus petitions, saying that Richmond must forfeit a year of eligibility.

The university appealed the judge's ruling, but an appeals court found that allowing Richmond back on the team would not have "serious or irreparable consequences." The federal district court judge, Benita Pearson, has scheduled a hearing for Sep. 28 to determine if the temporary restraining order against YSU should be permanent.

YSU prevailed 59-9 at Youngstown's Stambaugh Stadium. The Penguins are now 2-1 on the season.