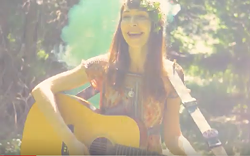 A fixture on the local music scene, Meg & the Magnetosphere singer Meg Stepka hosts various open mic nights in the Cleveland area at places such as Kelley's Pub, the Winchester Music Tavern and Callaloo Cafe.

She’s performed in Poland and at music festivals SXSW and Sundance, and she formed Meg & the Magnetosphere in early 2016 with drummer Lisa Kimpel, guitarist/bassist Chris Frohring and guitartist/bassist Dave Snider.

The band performs on Saturday at the Symposium and on Oct. 28 at Becky's as part of the Witchy Women Halloween Bash.