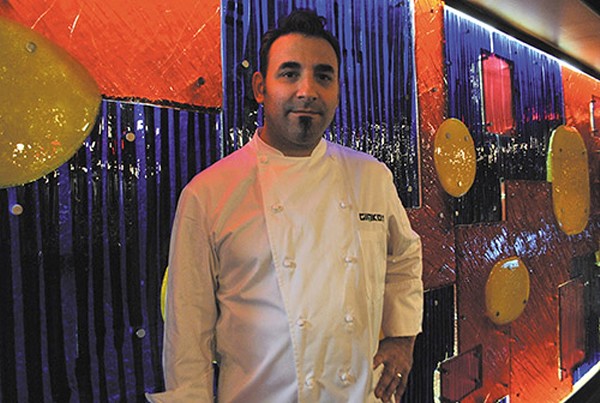 Scene Archives
Cleveland Chef Dante Boccuzzi
A handful of elite Ohio chefs have been selected to cook for the James Beard Foundation's Celebrity Chef Tour coming to Cleveland Nov. 1. And anyone can be a part of the event.

The evening kicks off with a cocktail reception at Bar 32 at Hilton Cleveland Downtown, followed by a multi-course meal at the Burnham Restaurant, also at the hotel.

The menu, which will feature an item from each chef, includes King crab, halibut and even candy apples. And don't worry, plan on multiple opportunities to mingle with the chefs, chosen by the James Beard Foundation for their talent and notoriety, throughout the evening.

Head here for tickets, which are $180 general admission and benefit the Beard Foundation.