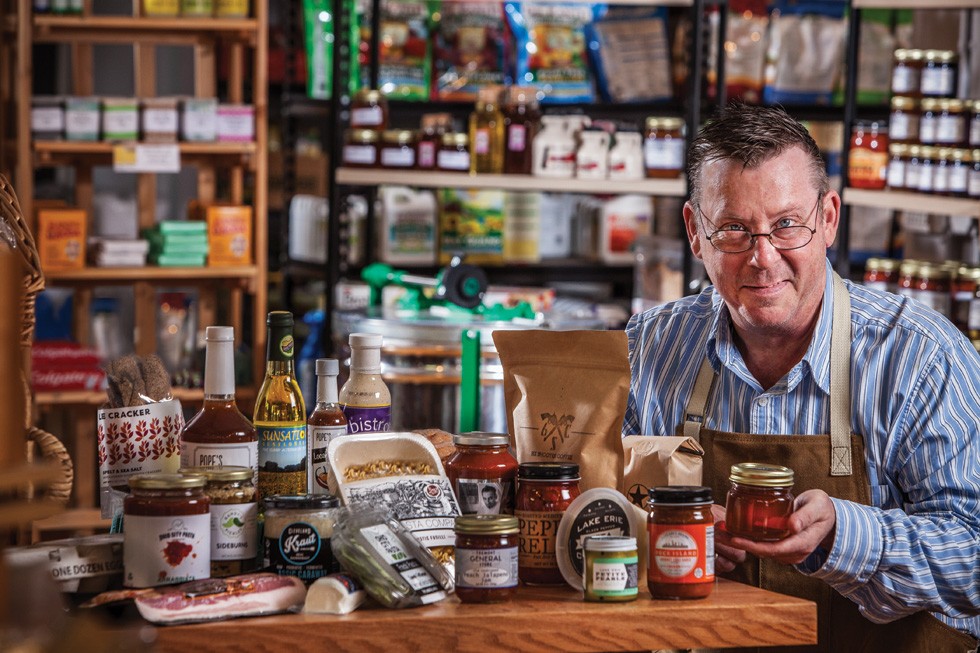 Cleveland is blessed with a broad and deep pool of local, independent food startups – from sauerkraut to hot sauce. One of the best spots in town to shop for many of those items in the same place is Tremont General Store, one of the closest things we have to an old-fashioned corner market.

Since opening the shop in 2016, owner Kevin Kubovcik has worked to amass as many local food products as he can, displaying them in bins, on shelves and in reach-in coolers and freezers. On their own, they are delicious morsels of native pride. Combined, they become complete – and completely Cleveland – meals.

"We are a true Cleveland-focused store because we seek out and stock as many locally made products as possible, and we're always adding more," Kubovcik says. "Many of those products complement each other so putting together a complete meal is simple, quick and delicious."

Boil a large pot of water and prepare Flour Pasta Company fusilli pasta as directed. Meanwhile, crumble, brown and drain the fat from a package of Dee-Jays Custom Butchering Italian sausage. Add a jar of Rust Belt Pepper Co. Spicy Pepper Relish and let simmer for a few minutes. Drain the pasta and top it with the meat sauce. Garnish with Lake Erie Creamery crumbled feta and serve.

Bisect a loaf of Stone Oven Bakery roasted garlic sourdough into top and bottom rounds and toast them. Top each half with a layer of Dante Pizza Sauce followed by a layer of sliced Miceli's fresh mozzarella. Sprinkle crumbled Lake Erie Creamery black pepper feta on top, broil until browned and bubbly and serve.