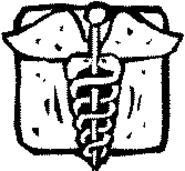 The noise in the band.
Most of us just nod and smile when the doctor explains our ailments. Spouting multisyllable words of foreign origin, Doc could be saying a backache is caused by a stubbed toe -- we just grab the prescription, sign the insurance forms, and bop over to the pharmacy. For some -- both doctors and patients -- that's not good enough, so the School of Medicine at Case Western Reserve University has unveiled Mini Med School: Great Medicine Series, an assortment of lectures meant to educate the general public.

"The better people are informed, the better patients they're going to be," explains Dr. Nathan Berger, dean of the School of Medicine. "On the other hand, we want them to be better informed so that they'll have more of an understanding and appreciation of what the benefits of [medical] research really are."

Far from the premise that all such research is controlled by top-secret emissaries, intent on genetically altering humans to be more like aliens, the Mini Med School offers a glimpse at genetics and neuroscience from the angle of finding cures to debilitating or life-threatening ailments.

"We'd like to dispel this notion that research is some covert operation, and it always winds up causing problems," Berger agrees. "What's more, [patients] don't know what resources are available for some of their problems. We want the average person to gain knowledge in a few selected areas of what's going on in medicine -- what new research is revealing, and how it affects your health."

The five-week course covers genetics, cancer, neuroscience, infectious diseases, and respiration -- areas the school considered most important to the public. "It was very hard to pick the areas," Berger admits. "There are literally hundreds, if not thousands, of important areas."

Just as difficult was selecting the instructors, most of whom are used to speaking to people with a strong scientific background. The fear was that the classes would become just another office visit for the students: wide eyes, nods, and maybe the occasional "So, is that bad?"

"We worked very hard in selecting people to present these sessions," Berger explains. "People who we thought were the best communicators and who could get concepts across to the public."

And though models might be used to demonstrate a point, don't expect to be handed a cadaver and scalpel. "We don't have enough time, and people aren't sophisticated enough to do that," Berger says.

So much for aspiring Dr. Frankensteins.