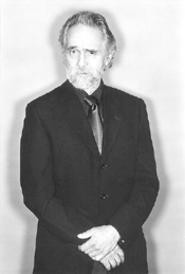 Tommy Chong has made a career out of being a pothead, and now his whole family's in on it. Chong & the Family Stoned Band will perform Saturday as part of the Solstice Festival at Nelson Ledges Quarry Park.

No stranger to music, Chong started an R&B band in the late '60s, but back then he was serious. "We did comedy, but it wasn't the type of comedy people were proud of. We were on tour with Diana Ross, and she kept sending notes, telling us not to do a certain tune."

He learned from the experience that he needed a creative outlet that would let him be himself. That's when he formed the drugged-up Cheech & Chong comedy duo with Cheech Marin. Chong is reprising his patented role on Fox's That '70s Show as Leo, a stoner who would be an homage to Chong were he not played by Chong himself. As it is, critics say he isn't acting when he plays a doped-out slacker, but Chong doesn't see it that way. The 62-year-old unabashedly attributes both his long career and good health to the same muse: pot.

"You make choices in life," he says, referring to his decision to stick with the same old shtick. "And the thing about the muse -- you don't fuck with the muse, because [if you do] it won't be there."

Chong admits that, after he and Cheech went their own ways, stand-up comedy got lonely and more difficult, at which point he enlisted the help of his wife, Shelby. Then he roped in his two sons, and the Family Stoned Band was complete.