Dave Burba had a rotten season, but didn't lose his clubhouse cool. 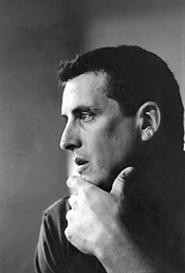 Walter Novak
Family time helped Burba cope with his pitching woes.
One June afternoon, equipment managers pushed a cart around the Indians' clubhouse and left bats in the pitchers' lockers. The next week, the Tribe was scheduled to play in Pittsburgh, a National League city, where pitchers hit for themselves.

The pitching staff drifted into the clubhouse after pregame workouts and found the bats. Their forced smiles suggested the unwrapping of a bad Christmas sweater. Then entered Dave Burba, who greeted his bat like a long-lost friend. He assumed a hitter's stance and waggled the lumber. Grinning, he yelled to no one in particular, "It's on!"

Burba lights up a clubhouse. A postcard featuring the Three Stooges in golf attire adorns his locker. He's quick with a quote from the Rodney Dangerfield-Bill Murray-Chevy Chase film canon. Sammy Davis Jr. and Dean Martin count among his impressions. He's also a ballbreaker, a guy who shows his appreciation for his teammates by riding them about their hair or fishing ability. During interleague play, he surely reminded the other pitchers of his three career home runs. "He's about as much fun a baseball player as I've been around," says reliever Paul Shuey.

A few days before Burba imagined himself as a power hitter in the locker room, the Twins had knocked him out of the game by dusk. More beatings followed. In an 11-start stretch, from early June to early August, he went 2-6 with a stomach-turning earned run average of 8.31. One night, the Royals touched him for four home runs in one inning. He was awful, and he knew it. Eight times this season, he didn't make it to the fourth inning. He seethed at himself for leaving messes the bullpen had to clean up. "I wasn't helping anyone," he says. "I was more of a debt than an asset."

It was an unfamiliar position. Burba's reputation was that of a solid if not spectacular starter. His record as an Indian prior to this year was 46-25. Sleepy-eyed and unshaven, Burba on the mound can look like a man passing time between naps, but underneath the dopey exterior beats a passionate heart. "It's like each game is his high school championship," Shuey says.

"It's tough to see him battling through this," says pitcher David Riske. "He's such a competitor. He doesn't like to fail."

Burba, 35, examined his delivery from every angle, looking for a loose seam. He seemed to fix a snag in mid-August, posting three solid outings. Then the uglies returned. Labor Day weekend in Chicago, he gave up seven earned runs in one and a third innings. He lost his spot in the starting rotation a second time.

Away from the park, Burba tried to forget his struggles. He'd pound golf balls at a driving range or fish a pond he found near Quail Hollow Golf Club. His wife, Star, and two kids spent the summer months here from their home near Phoenix, and for a few hours a day, he could lose himself in child's play. "Then, after they went to bed, reality sunk in, and the nightmare started all over," he says.

As badly as he pitched, Burba made it a point not to drag a storm cloud behind him. Sulking would only have compounded his ineffectiveness, he believed. "I realize what I'm doing is really no one else's fault or problem. There's no reason to come in here with an attitude. To me, bad attitudes wear other people down."

His teammates appreciated it. Closer Bob Wickman says Burba was the same man all season long. "He hasn't hung his head, and he always wanted the ball. Not every guy does."

Burba relished the clean slate of the postseason. There were no complaints about relief duty. He spoke only of the chance to shut down the other team for a few innings. In his lone appearance against the Mariners, the blowout Game 3, he pitched one scoreless frame.

It was likely his last appearance in a Cleveland uniform. The Indians are looking to cut payroll, and his $5 million option is an obvious number to trim. He'd like to stay, but the decision is not his. "It's basically up to the Indians," he says. "Whether they pick it up or not is out of my hands."

Whatever happens next year, Burba has a new son to get acquainted with. He hadn't seen Dawson, who was born September 10, since the week play was suspended because of the attacks. His kids don't care that he finished the season with a 6.21 ERA. "I try to be a dad for the three months that I have," he says.

Should Burba not return to Cleveland, his empty locker will leave a void in a clubhouse where languor is often mistaken for professionalism. "He's got feelings," Wickman says. "More guys in the game should. I'd take 25 Dave Burbas any day."

Quickly, Wickman corrects himself: "Twenty-four. I'd want to pitch on a team with Dave Burba."