Pleased to Re-Meet Me

A decade after the Replacements died, Paul Westerberg rediscovered their sound. 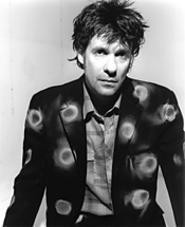 Back to the basement: Paul Westerberg gets down and dirty on his latest two-disc set.
Can old people rock? The question is at least half as old as rock and roll itself -- and just as deathless, no matter how obvious you consider the answer. Every year, evidence piles up in the negative column, but optimists can cite just enough examples to keep the question open.

So, 42-year-old Paul Westerberg: Is there a drop-dead age when rockers should hang it up?

"I would say 17," he concedes with a note of resignation. "Anyone playing rock and roll older than 17 is a fool."

Speaking by phone from an East Coast stop on his first one-man tour, Westerberg obviously doesn't mean it. Then again, considering his history, he obviously sort of does. Twenty-odd years ago, Westerberg was already older than 17 when he talked his way into fronting the Replacements, the band that earned the singer-songwriter his rock and roll credentials. Luckily (or not), bassist Tommy Stinson was a mite under the cutoff age, and from the quartet's 1981 semi-hardcore punk debut, Sorry Ma, Forgot to Take Out the Trash, it was obvious that the other members shared Tommy's youthful spirit.

Then, through the '80s, the Replacements leaned harder and harder in the other direction, daring each other, as Westerberg puts it now, "to fall flat on our faces." In the process, the group stumbled and strutted through many of the jagged, contradictory styles that make up what could be called "mainstream alternative": riotous punk, lumbering heavy metal, soaring stadium rock -- even jangly folk. What's more, Westerberg cut consistently to the heart of that mess, with words and tunes that articulated the agonies and ecstasies of doomed rock and roll misfits more poignantly than anyone had since Pete Townshend and until Kurt Cobain. Whether the band was recording on the small Twin/Tone label or Warner Brothers-backed Sire, Westerberg voiced the central anomie and romanticism of rock's third populist wave yet to come: the oft-maligned Generation X. For the Replacements' last great album, Pleased to Meet Me, Westerberg even wrote a song called "Never Mind," a tune that encapsulated Nirvana's message four years before Nevermind.

But the Replacements never transformed that hodgepodge of styles into a new sound the way Nirvana did. And though they eventually garnered a sizable audience, their last couple of albums were marred by a spotless polish that sounded to longtime fans like a betrayal, an act of bad faith.

Ten years after the group's dissolution and a string of middling solo discs, Westerberg admits no regret.

"I guess we had to do it, just to see if we could do that. And then I had to come full circle for me to realize that my inner instincts were correct: that playing the electric guitar, standing there stomping my foot, was as exciting as the song was going to get, you know?"

Westerberg is speaking not only of his current solo tour, but also of his latest album, Stereo, a one-man CD that returns him to an independent label (Vagrant) and to a basement practice space, something like the one in suburban Minneapolis where he first spied the Replacements rehearsing. Comprising a semi-acoustic main album and an all-electric bonus disc called Mono, the collection is unified by its lo-fi setting, enabling Westerberg to recapture the sound of the Replacements' heyday.

"I think I was trying to make a point that, uh, I'm the last person to be surprised that I could make a record by myself that sounds like the Replacements," he says. "I've always had that sound in my head. Whenever I pick up a guitar, that's what it sounds like."

As he further explains in Vagrant's press release for Stereo, many of the songs "were cut one thing at a time, live, one take. I'm a fan of that school. Fuck. I'm the head of the class."

As usual, the boast cuts both ways. A few of the semi-acoustic numbers on the main disc are small yet fully polished gems, like the unabashedly straightforward pop tune "Only Lie Worth Telling" and the slyly grim Burl Ives cover "Mr. Rabbit." But the slow, soft stabs at maturity, like "Boring Enormous" and "We May Be the Ones," suffer from the same sentimentality as does some of Westerberg's more professionally produced output. And on Mono, plenty of the tracks offer little more than underdeveloped riffs and cheeky insight on frustration and desire ("She was dressed in black from thigh to thigh").

"I just wanted to play some basic rock and roll," he explains. "Like 'High Time,' which I think was the first song recorded after [1999's Suicane Gratification]. It was simple, and I gave it no second thought as to whether it needs two verses or one."

In other words, he banged out numbers that would have served as little more than filler on a good Replacements album. Even so, throughout both discs, the warmth and immediacy of Westerberg's one-take arrangements and creaking, soaring vocals carry the whole mess buzzing and stumbling forward into the past, recalling a time when he teetered drunkenly and triumphantly between the depiction and embodiment of a generation's longing. And Westerberg is happy to limit himself to this fond look over the shoulder.

"I go backwards more than I go forwards. I've listened more to older music in the last five years than I have to anything current. I mean, around that time I started to hear my voice on the radio -- and yet it wasn't my own voice, and it wasn't me singing, but it was the next generation of people who had taken from the Replacements or wherever. And you know, I know I liked my songs when I wrote them, but I wasn't ever a fan of anyone else rewriting my songs. So I stopped pretty much listening to alternative, or whatever you wanted to call it."

Westerberg, as usual, is talking like an old rocker. As the interview closes, he shoots out a question of his own.