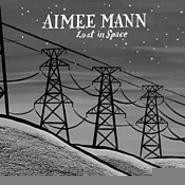 Sorry to say it, but Lost in Space, the new record from rehabilitated new-waver-turned-pure-pop-songstress Aimee Mann, isn't the rock opera based on Nick at Nite fodder you were hoping for. Instead, it's an album of snapshots-in-song, empathic character studies of the wretched and rejected, the losers and abusers, all of them addicted to the things that bring them pain.

As suits the subject matter, Mann deepens and darkens her classic (but not vintage) Bacharach-to-Beatles sound with touches of midnight blue -- mournful slide guitar, downbeat acoustic strums, and contemplative keyboard lines. But this isn't a pity party. The overall somber feel just sets us up, rope-a-dope style, for Mann's trademark moments of melodic uplift to float in and break the songs wide open. It only helps that her voice is in as fine a form as ever. Subtle and smooth, her singing can alternate between a rich, thick timbre and thinner sections with almost subliminal trills -- and still switch gears to sell the parts that have to come across "big." Basically, all the pieces are in place on this strong, moody set, which moves her firmly to the front of the modern singer-songwriter pack.