A half-century after his death, Hank Williams takes the stage in Ohio. 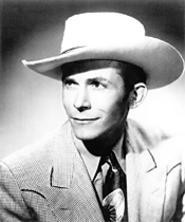 Hey, good lookin': Hank Williams's musical biography hits the Play House.
It's little wonder director Randal Myler wrote a play about Hank Williams. The late country singer and songwriter's life -- and death -- was made for one. "His story lays itself out like a country and western song," Myler says. "[When I was in Nashville,] I was told, 'If you're looking for Hank down here, put on a record and spin it. That's where you'll find him.'"

Lost Highway: The Music and Legend of Hank Williams, opening Tuesday, September 24, at the Cleveland Play House, charts Williams's early days in Alabama, his fame onstage at the Grand Ol' Opry, and his death, at the age of 29, in the backseat of a car on his way to a New Year's Day gig in Canton in 1953. (Nashville native Jason Petty -- "the real deal," says Myler -- portrays Williams during the Play House's month-long run.)

"Hank's [music] was so clean and so clear," Myler says. "That's the appeal to this day. A great is never dated."

And Williams's legacy is his music. He placed 36 songs -- including "Lovesick Blues," "Cold, Cold Heart," and "Your Cheatin' Heart" -- in the country chart's Top 10. He was a prolific performer, often donning the alias Luke the Drifter for spiritual recordings. And he remains an influence on Nashville's Big Hat Club, as well as on scruffy indie rockers. "The songs are short and truthful," Myler says. "His songs came from his experiences. Many of the country tunes now do not. They're spun tunes, but [the artists] aren't living them. Hank lived it."

The inspiration for the play, Myler says, was his father's love of Williams's music. His other work, also music-centered, includes It Ain't Nothing but the Blues, for which he was nominated for a Tony Award, and the Janis Joplin bio Love, Janis. "There's a parallel between Hank and Janis," he explains. "They sang what they felt. They didn't hold back."

"It was a miserable existence for him, even when he was at his height."

Coincidentally, the Rock and Roll Hall of Fame's seventh annual American Music Masters program, also kicking off September 24, pays tribute to Williams with a conference, exhibit, and concerts. "Hank was a bluesman," Myler says. "It all falls into the kind of music that intrigues me. It's very American.