Rap to the West 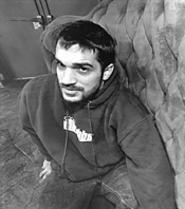 Over a beer at Lakewood's Riverwood Café on a recent Saturday afternoon, Tyler Lombardo utters something we thought we'd never hear a promoter say.

"A lot of talk about money . . . gives you bad thoughts; it scrambles your mind," says the young head of Tydedown Productions, "because if you don't end up with all that, you might think your life wasn't worth what it really is."

We nearly drop our draft. A promoter who isn't all about the bottom line is like one of those mythical creatures you've heard about but never glimpsed -- like a unicorn, or a sober Whitney Houston. But Lombardo's refusal to be motivated solely by money isn't the only thing that separates the hip-hop promoter from many of his peers. As a West Side white kid trying to make it in Cleveland hip-hop (which has traditionally been urban and East Side), the 24-year-old has always been an anomaly. Moreover, in an era in which the bling-bling has never shone more brightly, Lombardo has little taste for the big, ballsy sounds, whose overblown opulence attracts so many.

"I could maybe make more money doing a 107.9 night and getting a bunch of DJs at a club -- that'd probably be the easiest thing I could do," Lombardo says. "But that's not my vision. I'm just like the next guy at my shows. I have probably 20 bucks in my wallet, and I want to keep it true to my crowd. I'm not going to try and start promoting Jay-Z after-parties. A lot of this hip-hop shit that's on the radio is a painted picture. It's not reality; it's a false image that kids get lost in and try to [emulate]. I don't want to keep that going."

Lombardo hasn't always been so enlightened. The Lakewood native got his start throwing hotel parties in high school, and after running a successful club night at Brownie's in the Flats (now Splaatz), his first attempt at concert promoting came with the ill-fated GZA show at the Phantasy in the spring of 1999. The poorly attended gig cost Lombardo thousands. Still, he kept on chasing the big shows with the big names, rebounding with Raekwon at Peabody's in 2000. Eventually, though, Lombardo became disenchanted with courting high-living mainstream rappers.

"As I got older and got a little more conscious, I started to see that I don't have the things that they have," Lombardo recalls. "I was buying nice clothes, and I'd still be broke. Finally I came to the point where it was like 'What the hell am I doing wasting my money, trying to be like this, when it's not even me?' So I started buying Levi's."

He also started booking underground shows, focusing on more high-minded, socially aware hip-hop and bringing artists like Atmosphere and Swollen Members to Cleveland for the first time. With George "Poo Man Chew" Goins and Paulie Rhymes keeping things locked down on the East Side, Lombardo cultivated an audience out west, strengthening Cleveland hip-hop in the process.

"Crews met people at my shows, crews formed through that, it helped give Cleveland its structured crowd that hip-hop didn't have -- at least I didn't see it," Lombardo says. "On the West Side, I think we influenced the market dramatically. When we quit Wu-Tang and went to Atmosphere and Swollen Members, other people did, too, and the shows went from small to big."

Indeed, after nearly four years in operation, Tydedown is finally starting to reap the rewards of Lombardo's struggles. Underground hip-hop has had a banner year, with much media attention paid to the Def Jux roster and strong-selling new albums by the Roots and Jurassic 5 heating up the charts. In 2000, when Lombardo brought Atmosphere to the Euclid Tavern, only about 50 people came. When he brought Atmosphere back to town last November, there were over 400.

"With the underground shows, the acts, the crowd -- everything is great," Lombardo says. "There's no patdowns, I don't worry about weapons -- I've never had one fight at any of my shows. You tell people you're a hip-hop promoter, and they're like 'Whoa, that must be rough.' It's like yeah, it has been, but it's not as bad as people think. It's got a very dark cloud over it, but as long as I can shine a piece of light through there, I'll be all right."

Here's to a bright future.