A canine evolutionist throws Darwin to the dogs. 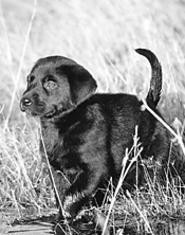 Before Lassie and Balto warmed our hearts, primitive dogs roamed the Earth. They were not fierce wolves plucked from the wild by humans; they were small, scrappy mongrels that scavenged through trash and domesticated themselves. Or so claims Ray Coppinger, co-author of the aptly titled Dogs.

Not one to let convention or scientific hypotheses get in his way, Coppinger takes issue with naturalist Charles Darwin's notion that dogs' famed coupling with early humans was our choice. "The standard [is] that people domesticated dogs," says the biologist and animal behavioral expert, who, along with his wife and co-author, Lorna, discusses canine evolution January 17 at the Cleveland Museum of Natural History's Explorer Series program, "Dogs." "It is just an assumption. We challenge that assumption."

Coppinger says Darwin offered the "man tames dog" idea as a presupposed example, but people have since adapted it as fact. "Darwin used the domestic process as an analogy to natural selection," Coppinger argues. By contrast, he believes dogs chose to hang out with humans -- not the other way around. He points to living examples in areas such as Portugal, the Mediterranean, and China, where wild dogs migrate alongside nomadic herds of people in their travels from the lowlands to the highlands each year. These wild dogs, he argues, represent natural selection more than our pedigreed poodles and bulldogs do. He labels breeds such as those "artificial" -- a theory that's sure to twist the leashes of pet owners who've dropped a few months' mortgage payments on the family bichon frise.

And don't ask Coppinger which breed of "artificial" dog is the smartest. "That is a silly question," he scoffs. "When people ask that, what they're really asking is which breed is most trainable. That's where people go astray. They mix intelligence with trainability and activity patterns. In the classrooms, the intelligent kid could be the hardest one to teach."

Besides, our "artificial" dogs may not be as wise as they let on. Says Coppinger: "Dogs are just smart enough to know what you want them to do, and just dumb enough to do it." Woof.