An '80s indie rocker finds his calling with children's music. 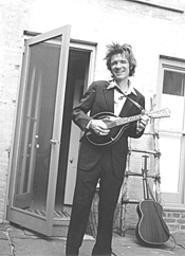 Onetime indie-rock hero, current children's music star Dan Zanes comes to town Sunday.
Dan Zanes once basked in the lifestyle you'd expect of a 1980s indie-rock hero. His band, the Del Fuegos, was at the center of America's college-radio boom, thanks largely to his gift for penning jerky, rootsy tunes about cars, girls, and futilely chasing the American dream. The Del Fuegos eventually signed to a major label, and Zanes eventually partied too much. By decade's end, it all came crashing down: The band broke up, and Zanes grew tired of writing the same old songs.

So he put down the bottle and started a family -- and sometime later, he found himself annoyed by the music his young daughter was listening to. "Really corporate," he says with a sigh. That's when he started making his own music for kids -- songs that used folk and rock basics (electric guitars and drums) in service to sing-along melodies that even a three-year-old could wrap her voice around. The resulting album, Rocket Ship Beach, was a new kind of children's record -- one that rocked and didn't condescend to its audience. "I wanted to [make] an extension of the folk music that I had grown up with -- Pete Seeger, Woody Guthrie," Zanes says of the album, which he released in 1999, with help from friends like Sheryl Crow and Suzanne Vega. "I couldn't find the music that was in my head. I pictured music that [my daughter and I] could sit and really enjoy together.

"So I started recording it myself, and I made a cassette for the kids in the neighborhood. That's all it was ever meant to be. And people were much more excited about it than they were the solo record I had worked so hard on."

Rocket Ship Beach was followed two years later by Family Album, for which Zanes enlisted the help of Loudon Wainwright III and Rosanne Cash, and then by Nighttime!, which featured Aimee Mann, Lou Reed, and Dar Williams. His newest CD, House Party, carries on the tradition, featuring Deborah Harry, Philip Glass, and the Grateful Dead's Bob Weir -- and instruments ranging from guitars and banjos to accordions, pump organs, and tubas.

"It's a mixture of friends and fans," says Zanes. "My goal is to make it sound like they're in your kitchen and playing a song at the end of the day. I'm shooting for the sound of a house."

Fittingly, Zanes's stage show includes a former housemate -- brother Warren, a onetime Del Fuego, who's now the Rock Hall's education honcho. They'll perform together at the Ohio Theatre on Sunday, in a show that leans heavily on audience participation.

"I'm much better at this than I am a rock-and-roller," Zanes says. "It's nice to have another chapter -- it's especially nice, because I feel that this is the one I'm really good at.

"I'm doing something I really believe is cool. We have a full-throttle dance party before lunch. You can't say that about grown-ups."