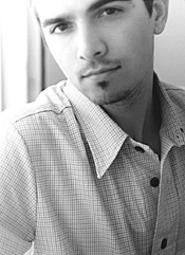 Andy Caldwell
Just three weeks after San Francisco house kingpin Jay-J Hernandez brought his soulful sounds to town, Andy Caldwell, another of the Bay Area's favorite sons, will light up the decks at Wish this Friday. Caldwell, like Hernandez, has built his reputation as both a DJ and a producer, pumping out his own brand of deep and steamy vocal house cuts since 1994, while simultaneously collaborating with Gabriel Rene, DJ Mei-Lwun Yee, and singer Gina Rene to form the group Soulstice (which, coincidentally, warmed up the crowd for Jay-J with a rare live set).

Caldwell adorns his tracks with deep, bubbly bass lines and diaphanous synth swaths. Unlike Hernandez, however, Caldwell specializes in funky breakbeats with a shuffling percussive logic that inspire a hip-wiggling swagger all their own. Of course, Caldwell's recent collaboration with Jay-J, "Give a Little," proves that he can do four-on-the-floor stompers just as well, and his DJ set at Wish promises to include a little of both, providing a refreshing rhythmic change of pace at all the right times.