Think you know your Cleveland rock? Grab a No. 2 pencil and find out. 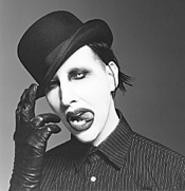 In order to combat rock's cerebellum-sapping powers, a little mental stimulation is in order. So we came up with the following Cleveland-music-trivia quiz to keep the synapses firing. Answer all the questions below correctly, and we're sure you'll have our job in no time. For help, we suggest consulting Deanna Adams's Rock 'n' Roll and the Cleveland Connection. (See Clubs for answers.)

1. What local mall's food court did Filter thank in the liner notes of its 1995 debut, Short Bus?

2. Under what name did Slam Bamboo, featuring a young Trent Reznor, perform during its cameo in the film Light of Day?

3. Who was the first artist to sell out at Blossom?

5. Which of the following have Cleveland metal maniacs Boulder not hurled at the audience during live gigs at some point in their career:

6. Which is the only Cleveland band ever to headline at New York City's Carnegie Hall?

7. True or false: David Bowie made his U.S. live debut at the Cleveland Agora.

8. What local modern rock band had a hit single in 1994 that sampled a commercial from famed Cleveland car dealer Bob Serpentini?

9. What noted area musician penned a score for Pee-wee's Playhouse?

10. Match the local music celebrity with the high school he or she attended:

11. What Cleveland rock band made it into the Guinness Book of World Records by playing live for 100 hours and 30 minutes straight in 1986?

12. Who was the only native Ohioan to perform at the Rock and Roll Hall of Fame's opening concert in 1995?

17. What pop icon did Bone Thugs-n-Harmony knock off the top of the Billboard Album Chart with their 1999 full-length debut E. 1999 Eternal?

18. Which local high school's spring prom did Pere Ubu play in 1976, getting the plug pulled on them after only one song?

20. What Cleveland guitarist first gained infamy in the '60s for playing his axe with his teeth?