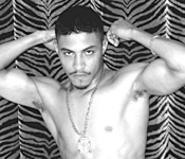 Ever since Jon Everett trumpeted that Tiger Tyson was coming to his Jungle Party, his phone has rung off the wall. "It's just amazing the number of calls we're getting," says Everett, the interim director of the gay-minority advocate BlackOut Unlimited.

After he's done talking about condoms, Tyson will sign autographs and take off his clothes (as will some guys from the gay-porn website Clevelandthugz.com). "We are finding out [Tyson] is the most, how can I put this, admired adult star there is," Everett says. The party happens 10 p.m. to 3 a.m. Saturday at Cleveland Public Theatre, 6415 Detroit Avenue. Tickets are $16 and $22. Call 216-937-2268 for more information. -- Cris Glaser

Dutch Treat
Laughing it up with the Netherlands' Northerners.

The Dutch aren't known for their sense of humor (van Gogh was a moody dude, and Golden Earring plowed through "Radar Love" with nary a smile). So what a surprise to discover The Northerners, a 1992 black comedy about a small, dysfunctional neighborhood that barely holds itself together in 1960. Residents include a Congo-obsessed kid who walks around town in blackface (and calls himself Lumumba), a horny pond nymph, an even hornier hunter, a mailman who opens and reads letters he's supposed to deliver, and a woman starving her way into sainthood. At the center of this wry and sharp social commentary is a community where everyone seems to be connected to one another -- if not physically (there's much hooking up going on here), at least in eccentric spirit. The Northerners screens at the Cleveland Cinematheque (11141 East Boulevard) at 8 p.m. Thursday. Admission is $8; call 216-421-7450. -- Michael Gallucci

From push-ups to demi-cups, a string of brassieres will be unhooked for Bras Across the Cuyahoga. It's one of the attractions that make up the July 4th Waterfront Festival of outdoor concerts, picnics in the park, and a boat fest that leads to Sunday night's fireworks show at the mouth of the Cuyahoga River. "On this large spool, they'll string [the bras] all together and span them across the river," says Liz Schulte, founder of the Northern Ohio Breast Cancer Coalition. "Kinda like -- what do call it? -- performance art." It starts at 1 p.m. Saturday at the Flats Oxbow Association, 1283 Riverbed Street. Admission is free; call 216566-1046. -- Cris Glaser

The free Lunchbox Music Series happens every Thursday and Friday through August at the ArtCade. This week, jazzman Dan Bruce plays a mix of originals and standards on Thursday, and singer-songwriter Matt Gerovac performs a 90-minute set inspired by such luminaries as Al Green, Bob Marley, and Jeff Buckley on Friday. They plug in from noon to 1:30 p.m. at the ArtCade in the Colonial Marketplace, 530 Euclid Avenue. Call 216-696-1942 for more info. -- Michael Gallucci