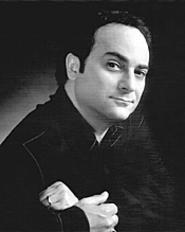 After 20 years as a stand-up comedian, Kevin Pollak finally got around to releasing his first album, A Little off the Top. It didn't take him that long to get good; he's just been busy. A well-received dramatic turn in 1990's Avalon led to steady movie work, including roles in A Few Good Men and The Usual Suspects (he's now in theaters as a prickly mafia accountant in the Bruce Willis action flick Hostage).

Yet an hour onstage is a bigger rush than 30 minutes on-screen, says Pollak. In his act, he channels an overacting William Shatner, nails Christopher Walken as a walking non sequitur, and recreates scenes from his own movie career.

"I have all these real-life stories that present themselves as stand-up routines," he says. "One thing sort of facilitates the other. Like my mom visiting me on set and hitting on Jack Nicholson. Or my family posing for a picture with Arnold Schwarzenegger, [who said,] 'Looook, Kefffin, your whole faaamily is short. They looook like puppies.'" Pollak is at Hilarities East 4th Street Theatre (2035 East 4th Street) Thursday through Saturday. Show times are 8 p.m. Thursday and 7:30 and 10:15 p.m. Friday and Saturday. Tickets are $15 and $25; call 216-736-4242. -- D.X. Ferris

As if Mick Boogie doesn't have enough on his plate, the ubiquitous hip-hop DJ is breaking in the turntables every Saturday night at Vivo's new underground lounge.A native of the Youngstown suburb of Poland, Boogie was reared on classic Motown, rock and . . . polka. "Where I grew up, no one was really into hip-hop," says Boogie (who was born Mickey Batyske). "But I credit my broad musical roots for helping me gain an appreciation of true hip-hop in its many forms." And he's been shilling his street-smart savvy from Portland to Puerto Rico to make his case. "Honestly, to get paid to play music for people, it's a blessing," he says. "What's better than this? I can't wait to see what happens next." Boogie spins at 10 p.m. at Vivo's V Lounge, 347 Euclid Avenue. Admission is free. Call 216-621-4678 for more info. -- Cris Glaser

Back in the Day
Black comics find humor in odd professions.

It's funny where the Superstars of Comedy honed their skills before hitting it big. Before he grabbed face time on BET's Comicview, Earthquake (pictured) was barking orders as an Air Force sergeant, trying out his routine in the military's talent show. Arnez J was serving coffee, tea, and celebrity impressions as a flight attendant. And Don "D.C." Curry was performing his act in front of his minor-league baseball teammates. But Rickey Smiley traces his comedic roots to his kindergarten years: In the early '70s, he was yukking it up in front of classmates at the old Columbus Elementary School on Cleveland's East Side. The Superstars gather at 8 p.m. Saturday at CSU's Wolstein Center, 2000 Prospect Avenue. Tickets are $42.50; call 216-687-9292. -- Cris Glaser

Break out the leather and chains! The Organ Grinder's Ball is celebrating its 10th anniversary on Friday with a fetish fashion show, a kissing booth, a performance by the pain-lovin' troupe Induction, and "equipment set up for voluntary play." Now you're talkin'! Pleasure (and pain) starts at 10 p.m. at Metropolis Niteclub, 2325 Elm Street. Admission is $25. For more info, call 216-671-1160. -- Michael Gallucci