Big Apple to the Core

A new sports bar goes for the New York vibe. 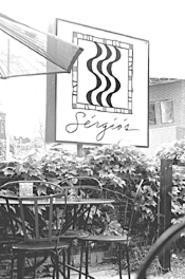 The tropical patio at Sergio's makes the summer menu look even more tempting.
It's been more than five years since chef Mark Wilson helped effect the Grovewood Tavern's transformation from down-at-the-heels watering hole to sophisticated wine bar and café. Now, after stints at downtown's Wyndham Hotel and the Great Lakes Science Center, the Culinary Institute of America grad is preparing for a return to the public eye.

Together with veteran restaurateur Raj Singh (owner of the popular Café Tandoor Indian restaurants as well as downtown's Spy Bar and Cleveland Heights' Wine Room and Atma Center), Wilson is revving up for the opening of a new 300-seat sports bar at 30829 Euclid Avenue in Wickliffe. The name is still up in the air, but the theme is set: The spot will channel a Big Apple vibe, complete with N.Y.C. memorabilia and a Wall Street-stock-style beer-ticker, with prices that rise and fall throughout the evening, depending upon demand.

Wilson, meanwhile, is designing a clever menu of upscale bar food, including out-of-the-ordinary noshes like potato skins stuffed with smoked Gouda, pancetta, and curried sour cream; pan-seared walleye cakes with garlic aïoli; and a sly "vertical tasting" of miniature gourmet burgers. "It's sort of a play on the wine-flights concept," the chef chuckles, with a nod to his Grovewood days. Wilson is also an accomplished pastry chef, and homemade desserts will include sexy numbers like goat's-milk-fudge cake, draped with hot mocha sauce and topped with vanilla ice cream.

Wilson and Singh became acquainted about a year ago, when the chef helped the restaurateur pull off a successful Indian banquet at the Science Center, and the two hit it off immediately. "We like each other," says Singh. "He's a nice guy, very professional, and easy to work with -- and he's a really good chef."

After several years toiling in other people's kitchens, Wilson welcomes the notion of running his own show again. "Since the Wyndham, it's pretty much been spec sheets and other people's recipes. Now I'm ready to get out there and play a little bit."

Look for an opening sometime in July. If all goes as planned, other locations may follow.

Executive Chef Frank Wielgosiek has been tinkering with his midday menu: Among the new additions are a bountiful Mediterranean antipasto platter ($6.50) with stuffed grape leaves, parsleyed Israeli couscous, olives, and imported feta cheese; and an updated version of Salisbury steak ($7.95), with chopped sirloin, mashed potatoes, and veal demi-glace seasoned with shiitake mushrooms and onions.

For early risers, morning alternatives range from oatmeal, bagels, and blueberry pancakes to an eye-opening Mexican hash, made with spicy chorizo, peppers, onions, and potatoes, topped with two eggs and served with warm tortillas. Breakfast is served from 7 to 11 a.m. Monday, Wednesday, Friday, and Saturday.

If demand merits it, dinner service could be reinstated come fall.

Dine indoors or on Sergio's sweet little tropical patio. But if you're hankering to visit the planned Shaker Square location, chill: The new spot is not likely to be open until autumn.