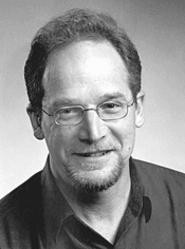 Michael Feldman is smarter than you, and he's going to rub it in Saturday, when he brings Whad'Ya Know? to town.
SAT 9/17

Michael Feldman isn't the smartest man on the planet. "I just sound like I know what I'm talking about," laughs the host of NPR's Whad'Ya Know?, which comes to Playhouse Square on Saturday for a live broadcast.

On the surface, Whad'Ya Know?, now in its 20th year, appears to be a radio quiz show. Look deeper, and you'll discover one of the sharpest, wittiest, and occasionally smuggest programs on the air. "My audience has about 1.75 children and probably drives a foreign car," says Feldman. "And collectively, they're smarter than me."

Contestants answer current-events trivia questions, while Feldman chips in sociopolitical asides. Local guests (restaurateur Michael Symon and The Plain Dealer's Connie Schultz will be onstage with Feldman on Saturday) contribute flavor. It all amounts to edutainment, NPR style. "Every show is different," says Feldman. "Each week it's a different scenario because of the live setting. But that's the only way I can work. If I'm in the studio, I just sort of sit there and tend not to react. That's not a good thing." Show time is 11 a.m. at the State Theatre, 1519 Euclid Avenue. Tickets range from $25 to $50, available by calling 216-241-6000. -- Michael Gallucci

Only Six More Months . . .
Counting down to St. Patrick's Day.

Rozie O'Greer can feel it in the air when it's Halfway to Saint Patrick's Day. "The leaves start to change," he says. "Sometimes, there's a nip in the air. You know we're in for a long winter until Saint Paddy's Day is here." Before he starts his winter hibernation, O'Greer will muscle his way through the crowd Saturday for the Harp's annual party. Along with a lineup of Irish whiskeys, beers, and shepherd's pie, an Irish band will play five hours of jigs and reels. And the winner of a Guinness pour-off held earlier this week between 27 local bartenders will be announced. "It's a great, fun, party atmosphere," says Harp owner Karen O'Malley. "So come on in and have a pint." Start counting down the days till March 17 at 9:30 p.m. at the Harp, 4408 Detroit Avenue. Admission is free; call 216-939-0200. -- Cris Glaser

Back in the day, Cleveland hosted one hell of an air show. "From 1929 through the '50s, this was the place. We were what the Oshkosh show is now," says Mike Blair of the NASA Glenn Visitor Center, referring to the weeklong EAA AirVenture Oshkosh blowout that draws more than 750,000 spectators each year. "This is a rich part of Cleveland history." Blair will discuss Cleveland's Aerospace History during a program at the center on Saturday. He'll also talk about flight pioneers Charles Lindbergh and Amelia Earhart, and their regular visits to the city. Also on the program: a talk on the "Golden Age of Air Racing." It takes off 10 a.m. to 3 p.m. at NASA Glenn Visitor Center, 21000 Brookpark Road. Admission is free; call 216-433-9653. -- Chris Miller

"One person's junk is another person's treasure," says the Great Garage Sale's Albert Dilorio. And as trite as that declaration may be, he's got a point. Saturday's attic- and basement-cleaning event features more than 125 vendors unloading everything from antique books to gently used golfing gear. Get shoppin' at the Lake County Fairgrounds (1301 Mentor Avenue in Painesville) from 9 a.m. to 4 p.m. Admission is free; call 440-354-3339. -- Chad Felton