With the Loved Ones. Friday, July 14, at the Grog Shop. 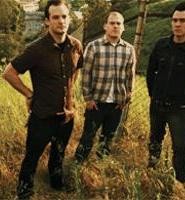 Because their guitars sometimes hit speedy and brutal like vintage Motörhead, the Bronx gets lumped in with the throwback metal scene, which includes Priestess, the Sword, High on Fire, and Early Man. Most often, though, the powerhouse Los Angeles foursome unleashes a churning combination of hardcore punk and metal that's reminiscent of mid-'90s dynamo Quicksand -- singer Matt Caughthran's vein-popping, broken-glass yowls owe plenty to Walter Schreifels (there's some Rollins in his "Yeaahhhrr!!!"s too). On new tracks like "History's Stranglers" and "Shitty Future," off the upcoming self-titled major-label debut, the band proves it knows when to clobber with an overdriven riff and when to pull back, letting its taut, propulsive rhythm section shine.

Together for nearly four years, the bandmates have paid their dues, independently releasing their first (also self-titled) album, even after being signed, and touring behind it for two years straight in beat-up vans, playing tiny clubs. It's turned them into a tight, scrappy steamroller of a live act.

The same can be said of Lifetime, New Jersey's hugely influential old-school melodic hardcore band, which got back together for a handful of shows last summer, seven years after splitting, and dug it so much that it's keeping the reunion rolling and the pits roiling.