DeWine aide takes revenge for disclosure of his spanking fetish. 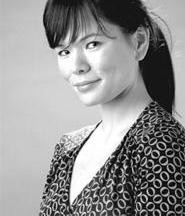 Jessica Cutler skanked her way to fame, then got sued by DeWine's lawyer.
Wonkette, a website once described as the "offspring of a date rape incident between the Drudge Report and Spy magazine," now has another role: defendant in a federal lawsuit filed by Robert Steinbuch, Senator Mike DeWine's former legal counsel.

Our saga begins two years ago, when former DeWine assistant Jessica Cutler decided that her stint on Capitol Hill should be treated like a paid spring break. She started hooking up with political bigwigs, who would wine, dine, and do the mattress dance with her. One was Steinbuch.

Unfortunately, Cutler decided to blog about her mini-affairs, including all the kinky details. The blog was picked up by Wonkette.

After the story broke, Cutler was promptly fired. But the enterprising lass quickly turned her adventures into a $300,000 book deal, a Playboy spread, and an HBO contract. All Steinbuch got was a ticket to embarrassment.

Most guys would have chalked it up to the post-coital torment native to the ill-advised romp. But Steinbuch isn't most guys; he's a lawyer. So last year he sued Cutler for "public disclosure of private facts" and causing him intense "emotional distress," which is a legal way of saying "I'm a huge candy-ass."

Now Steinbuch has added Wonkette's editor to his suit, because if you're gonna emasculate yourself, you might as well go all the way.

Wonkette naturally responded by bombing Steinbuch again, mocking his predilection for spanking. (Let it not be said that conservatives don't know how to party.)

At least Steinbuch was able to flee Washington. He's now a law professor at the University of Arkansas. We'll trust you, dear reader, to insert the final joke here.

Cemetery Bat Day
Punch isn't prone to bagging on the ACLU. It's nice that at least someone still believes in the Constitution. And they're usually good people to know if you're ever, say, sentenced to death.

But they're also known for picking bad fights, which would be a polite way of describing their federal court challenge to the Let Them Rest in Peace Act, which would bar protesters from coming within 300 feet of a funeral.

The law is designed to stop groups like Kansas' Westboro Baptist Church, which has been picketing military funerals around Ohio under the belief that, because America harbors homos, God is retaliating by sending our troops home in body bags. (We'll let them explain at their website, godhatesfags.com.)

But Ohio ACLU legal director Jeff Gamso says there are larger issues at play. "If you're on strike somewhere at a business near a funeral home, can you picket?"

The bill's sponsor, state Representative John Boccieri (D-New Middletown), isn't pleased. "They're off-base on this," he says of the ACLU. "Where do the rights to free speech end and a grieving family's right to privacy begin? I think it begins 300 feet away."

Yet in this case, the ACLU may be right. Which is why Punch proposes a less litigious remedy. If cemeteries would simply sponsor their own Bat Days -- providing free Travis Hafner replicas to the first 100 mourners in attendance -- we're pretty sure the military families can handle this.

Uncle Hypocrite
Secretary of State Uncle Tom Blackwell is a man of principles. Namely, the principle that he has none.

Four years ago, Blackwell was one of the most vocal advocates for a law forcing shadowy political-action committees to reveal their donors. Now he's benefiting from a loophole he helped create.

The group Common Sense 2006, which has been running attack ads against Blackwell's gubernatorial opponent, Congressman Ted Strickland, disclosed that it received $1.54 million in donations from . . . itself?

That's right. Common Sense 2006's sole financier was Common Sense Ohio, a non-profit corporation that, because of federal charity laws, isn't required to reveal its money trail (think Chamber of Commerce, insurance companies, those kinds of guys). It's a loophole so big that even a Cuyahoga County elections worker could figure it out.

"It's the kind of thing that the people who wrote the law knew when they did it," says Catherine Turcer of Ohio Citizen Action.

Even state Senator Jeff Jacobson (R-Butler Township) agrees. He helped write the law, but contends that actually fixing a problem is too much to ask. "You can't write a law to get at everything," says Jacobson. "People have proven that big money will find a way to hide behind things."

GOP punks PD
Speaking of Common Sense 2006, it turns out that the man running it has a second job duping The Plain Dealer.

In an August 20 story about swing voters in Ohio's coming elections, PD political scribe Mark Naymik introduced us to Nathan Estruth, a man who claimed to be a Republican thinking about voting Democrat this year.

But after listening to a Ted Strickland speech at a Clermont County rally, Estruth told the paper he wasn't swayed.

"I wanted to see if he was an executive with clear plans for fixing the state," Estruth was quoted as saying. "What I got was partisan talk. He confirmed my worst fears."

Unfortunately for Naymik, Estruth wasn't quite the man he claimed to be. Turns out he's an undercover operative for Uncle Tom Blackwell -- who, as a deeply religious man, is merely following God's teachings on deceit. In fact, Estruth happens to be the president of Common Sense 2006, which is using untraceable money to buy attack ads against Strickland.

"I have egg on my face," admits Naymik, who took a severe beating from the liberal blogs last week. "I wish I knew of his background. I wouldn't have used him because he's made his mind up."

Which brings to mind the old journalism bromide: "If your mother says she loves you, check it out."

Corrupting the kids
Scene takes pride in producing wholesome, educational articles the whole family can enjoy. (Stay tuned for our upcoming series on baby lambs.) So we were, like, totally shocked to hear that we're accused of corrupting the children of Wickliffe.

The local branch of the God Squad there has decided that the public library shouldn't carry a paper that soils young minds. But when the Squad took its case to the library board last year, the protests fell on deaf ears. "We fully believe in the freedom of speech," library director Nancy Fisher says. "We have a demand for this newspaper."

Since then, squad members have been swiping the paper whenever she leaves too many out, Fisher says. (Though the Bible says "Thou shalt not steal," a special provision makes that commandment optional for anyone who purchases an exclusive gold-card membership.)

So the library has resorted to keeping the papers locked in a closet, rationing them for display throughout the week. This may frustrate readers, says Fisher, but it's for their own good. "We do not hide it. We have fought to keep it there."