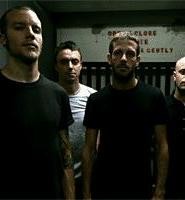 In this age of Ph.D. metal, Isis is undoubtedly a dean of the new school. The group blends the intricate sweep of King Crimson-style prog rock, the deft whisper-to-roar-and-back dynamics of Mogwai and Godspeed You! Black Emperor, and the doomy power-sludge headtrips of Neurosis and the Melvins. Since '99, the Los Angeles quintet has cranked out a half-dozen discs of smart, brooding, serpentine metal with a scope that usually lives up to the title of its 2002 masterpiece, Oceanic.

The fivesome is led by singer-guitarist Aaron Turner, whose howls have been so entombed in a thick sonic mud that one might mistake Isis for an instrumental outfit. That's changing, if the new seven-minute song "Dulcinea" (on the group's MySpace page) is a bellwether for the forthcoming In the Absence of Truth, due out Halloween. The track features Turner's voice -- upfront, melodic, and fervent -- until the guitar lava erupts a few minutes in and obliterates everything in its path, finally yielding to a pretty, space-rock/post-rock outro.

Tool, the headliner, does everything Isis does, only more bombastically, elaborately, mystically, nihilistically, and dramatically. Better, however, is in the eye of the beholder.