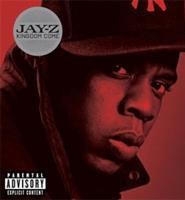 As a thousand other critics have already noted, Jay-Z's supposedly triumphant return to hip-hop feels more like Michael Jordan's second comeback, when the dude hobbled about the court in a Wizards jersey. But Kingdom Come invites another NBA analogy: Jay-Z and his cast of all-star collaborators -- a who's who of the urban elite -- are just like the 2003-'04 Lakers, a team loaded with future hall of famers that failed to play as a cohesive unit.

After three years off, Jay-Z's contributions simply sound rushed. Granted, this infuses several cuts with a welcome sense of urgency. The title track, producer Just Blaze's inspired reclamation of "Superfreak," contains some of Jay's best superhero verse. But other tracks, notably the backslapping "I Made It," as well as Pharrell and Usher's collaboration "Nything," come off as phoned-in and formless -- the work of a guy who decided in August that he couldn't stand to sit out one more lucrative holiday season. Meanwhile, "Minority Report," Jay's tedious, blow-by-blow account of Hurricane Katrina, seems a year too late.

Of course, there's no discounting the fact that Kingdom Come contains more isolated moments of brilliance than any other hip-hop album released in 2006; "30 Something" brings the 30-is-the-new-20 argument to urban music with wit and class: "I ain't got the bright watch/I got the right watch." And "Show Me What You Got" matches Hov's brass with a soulful, big-city strut. But like those Lakers, the talented parts don't add up to a championship whole.

On a side note, DJ Mick Boogie's mixtapes make ideal supplements to flawed albums, and this time around, the Cleveland Commish's Superman Returns plugs some of the holes plaguing Kingdom Come. Through interviews, remixes, and some original numbers, Boogie offers a fresh look at Jigga's storied past, including a Hov cameo over a reworking of Ray Cash's "Bumpin' My Music," as well as an expertly masterminded Jay/Biggie pairing. Superman Returns reminds us why we waited so long for the return of Jay-Z -- even if he failed to make good on all the hype.