Monday, March 19, at the House of Blues. 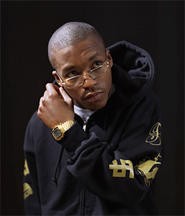 Lupe Fiasco earned three Grammy nominations for rapping about skateboards, flowers, and economic warfare. The Chicago rhymer is just what the microphone doctor ordered for everyone who's lamenting the state of modern hip-hop.

Fiasco's major-label debut, Lupe Fiasco's Food & Liquor, blends together the best parts of De La Soul, the Coup, and A Tribe Called Quest. Raised a Muslim, he has a biting sociopolitical conscience; on "American Terrorist," he draws parallels between blankets spiked with smallpox, lynchings, and projectile airliners. Meanwhile, "Kick, Push" -- one of the summer jams of '06 -- tells the story of a dedicated urban skateboarder, over a gleaming, Filipino-jazz trumpet sample.

All-star guests include soul-siren Jill Scott (on the poignant, string-backed ghetto lament "Daydream"), phenom rapper-producer kanYe West (the anti-thug tale "The Cool"), and even Jay-Z, who rhymes over a Thelma Houston sample on "Pressure." Like the rest of the disc, it's smart rap with soul.