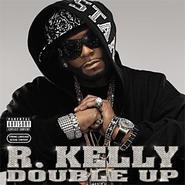 The most perverse moment on R. Kelly's new album is, surprisingly, neither "The Zoo" -- a slow-jam full of animal noises that suggests he and his lady had some company in the sack -- nor "Sex Planet," which offers a particularly unfortunate metaphor for back-door action. It's "Rise Up," the product of Kelly's belief that he could -- just days after the Virginia Tech massacre -- help the healing process by penning a carbon copy of "I Believe I Can Fly." The result is a limp, quasi-gospel tribute to the victims' families that needs tragedy to invest its clichés with any sense of meaning.

However, if you can overlook the disturbing sexscapades of a guy who still faces child pornography charges -- as well as Kelly's tasteless tribute -- there are some worthwhile moments here. "Same Girl," his long-awaited duet with Usher, is an understated, funny, and hugely successful variation on "The Girl Is Mine."

Sure, the decision to focus on the clubs instead of the boudoir -- as exemplified by tracks like the defiant dance anthem "Rollin'" -- may alienate some fans, but anyone who's stuck with Kelly through his more serious travails can also make it through the overall disappointment that is Double Up.