Like Spinal Tap, conductor likes to turn it up to 11. 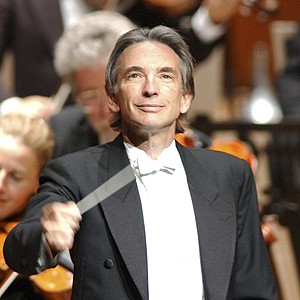 Cleveland Orchestra assistant principal bassist Kevin Switalski always looks forward to Beethoven's Third Symphony, the "Eroica." Specifically, he awaits the vivid passage in which the cellos and basses unleash their boldest musical attack, portraying what he imagines as "the sky opening [with] the wrath of God." Switalski's doubly excited for this weekend's performance of the piece, when guest conductor Michael Tilson Thomas, the famously electrifying director of the San Francisco Symphony, comes to town. "It'll be very intense," says Switalski. "He loves to play on things like that. He'll take something that is already great and take it up to that higher level. He'll kick it up to 11."

Switalski has experienced the conductor's energy firsthand. Before coming to Cleveland, Switalski played in the New World Symphony, a training orchestra in Miami that Thomas founded and still directs. And Switalski spent his formative years in Buffalo, at a time when Thomas was music director of its orchestra. "I grew up watching him, and I was in awe of him," he says. "He makes the whole experience of music thrilling."
Thu., March 9, 8 p.m.; Sat., March 11, 11 a.m.