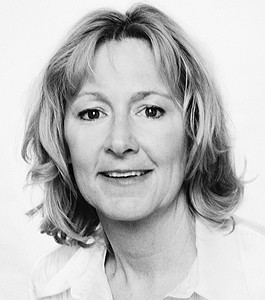 Masha Hamilton spent a decade as a foreign correspondent for the Associated Press and the Los Angeles Times. She reported from the Middle East and the Soviet Union during some of their most tumultuous periods. And in 2004, she went to Afghanistan on assignment. "Like most journalists, I believe in the story," she says. "But there's also an adrenaline rush to it. It's about being part of something larger than yourself."

Hamilton, who lives in New York City with her family when she isn't risking her life overseas, returned from her latest trip with inspiration for a novel, The Distance Between Us, which is about a female war correspondent who loses both her lover and her journalistic drive after a deadly ambush. "I wanted her to be an unmarried, single woman," she says. "I wanted to push her to the point where her soul is in a little bit of danger. She really considers issues of revenge and what to do when we're corrupted by the violence we cover."

While the story's protagonist certainly shares traits with the author, Hamilton says Distance — now out in paperback — is mostly a work of fiction. In fact, she says, it really couldn't have been written any other way. "Covering violence had put a barrier over my own feelings," she says. "You lose a little bit of what it means to be human. Fiction has the opportunity to provide more truth. I wanted to get closer."
Wed., Feb. 8, 7 p.m.