Jail, drugs, booze — not even rock and roll could kill the Pagans’ Mike Hudson 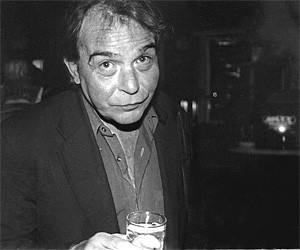 Hudson: More punk than you.

You've heard the story before: Back in the '70s, Cleveland was the center of a flourishing punk scene. But you wouldn't know it if you listened to the radio then. Or if you went to concerts or visited local record stores. Today, Devo, Pere Ubu, and the Dead Boys are all considered architects of a revolutionary sound that buzzed all of the world's hot spots. In 1978, they were considered no-talent rejects.

Mike Hudson, singer for Cleveland's Pagans, was one of those rejects. The band formed in 1977 and burned out within a couple of years. But by the mid-'80s, they'd reunited and were playing to audiences 10 times the size of their original crowds. Now, the Pagans are Cle-punk legends.

"Cleveland just has that sort of thing," shrugs Hudson. "The Indians were always in last place, and you just wanted to say, 'Fuck you.' We thrived on going against the odds."

Next week, the Chicago-based Smog Veil Records, home to Pere Ubu and other Cleveland bands, will release The Blue Album — a live show from Madison, Wisconsin, recorded in 1988. And Hudson — now the editor of the Niagara Falls Reporter — just published Diary of a Punk: Life and Death in the Pagans, a warts-and-all account of his years fronting one of the area's hardest and hardest-partying bands.

The book chronicles the band's sparsely attended gigs, various members' battles with drugs and booze, and the constant struggle against Cleveland music tastemakers. Hudson takes shots at heartland-rocker Michael Stanley ("a delusional rich boy . . . who thought he was Bruce Springsteen"), WMMS program director John Gorman ("a fucking liar as well as . . . an asshole"), even former Scene editor Mark Holan ("retarded"). But he also leaves plenty of bullets for himself.

"I almost died plenty of times," says Hudson, who's 52. His face shows some of the scars of drinking and drugging way too much over the years. Time has also revealed more of a forehead. But he's quick to laugh and smile — hardly the image of an angry punk. "It was a great scene," he says. "But it was a pain in the ass."

Hudson was born in Collinwood. By 1973, when he first saw the New York Dolls in concert, he'd done time for everything from drug possession to assaulting a police officer. "We all had criminal records," he says. "If we weren't in a band, we would have been low-level career criminals."

In 1977, the Pagans recorded their first single, "Six and Change," and were looking for gigs around town. But few local clubs wanted to book the brash punks. Plus, nobody knew what to do with their two-minute punk songs, which sounded nothing like the bloated epics or the meat-and-potatoes rock that was being served lukewarm daily on WMMS.

Hudson says the Pagans played many shows at the Pirate's Cove, mostly because it was the only club that would let them perform. "The Flats were a scary place," he says. "Nobody went down there." They occasionally gigged out in the suburbs — sometimes with the Dead Boys, sometimes by themselves. The nights almost always ended badly. "These kids would show up, wanting to dance," recalls Hudson. "And there'd be a riot — bottles flying everywhere. We had to fight our way out of shows all the time."

Occasionally, when somebody with national buzz rolled through town — the Ramones, the Police, and Patti Smith — the Pagans would open. "But you couldn't wear any punk regalia," recalls Hudson. "You couldn't even get into the Agora without giving all your shit up."

And even though they weren't really living like rock stars — "After 31 years of doing this, I still haven't made $20,000," says Hudson — the Pagans took part in each and every rock-star vice. "We were dope addicts," he says. "But a year and a half ago, I woke up, and they were reading me my last rites."

Hudson is drug-free now. He claims to have stopped drinking too, but when he meets me in a hotel bar, there's a bottle of Heineken in hand. Later, in his hotel room, he lights one cigarette after another. "The band made the doping and drinking easier," he admits. "But we were like that anyway."

In a way, Diary of a Punk is Hudson's way of setting his story straight. And it's as much a tale of Cleveland's punk past as it is the story of the Pagans or Hudson. The band continued off and on throughout the '80s, releasing singles, albums, and live sets. In 2004, it played one final gig at the Rock and Roll Hall of Fame, which today houses some of the group's memorabilia. Hudson says he fields offers all the time to reunite — especially from promoters overseas, where the Pagans are hugely popular with record-collecting punk fans. But he rarely gives these reunion proposals much thought.

Because after all these years, Hudson says he now feels complacent running a newspaper. He doesn't really need to prove he's punk anymore. "It was a whole way of life," he says. "It was a life of sex and violence and drugs and death. We don't have that life anymore." He pauses a few seconds before speaking again: "And I think that's a good thing."