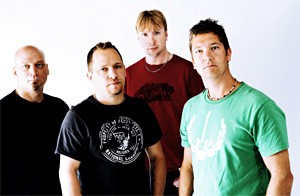 On their just-released third album, Nobody, Cleveland rockers Three Miles Out show off some of the things they picked up since their last record six years ago. In particular, several of the songs boast monster hooks — something the quartet always came up short on before. There are still plenty of generic meat-and-potato riffs on Nobody, but there's a sharper focus on tunes now. Three Miles Out plays its official CD-release party this week. Let's see if the songs retain that newfound muscle onstage.